Late planting and high temperatures in the Midwest are raising concerns of dicamba damage to non-dicamba-tolerant soybeans and specialty crops as growers struggle to meet state and federal deadlines to apply the volatile herbicide.

Though dicamba-tolerant soybeans and cotton are widely used, the accompanying herbicides, sold as Xtendimax by Bayer, Engenia by BASF, and Tavium by Syngenta, have also been blamed for widespread off-target damage across the Midwest and Plains states. The first two herbicides were approved for use beginning in 2017. Tavium began being sold in 2019.

Last year, the Environmental Protection Agency seemed to be moving in the direction of prohibiting over-the-top applications after pesticide program officials and Administrator Michael Regan expressed concerns over off-target impacts.

“The agency is no longer certain” whether over-the-top applications can be made “in a manner that is protective of listed species, their designated critical habitats and non-target plants,” EPA senior regulatory specialist Meg Hathaway told state pesticide regulators in December. 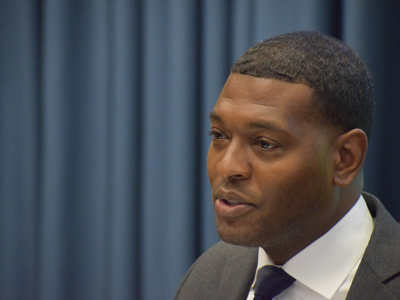 Later that same month, the agency released a report on dicamba that found evidence of damage due to both drift and volatilization.

“While states indicate that incidents may occur due to drift, several states reported landscape level injury, which indicates dicamba volatility, was widespread,” EPA said. “In the process of investigating potential dicamba incidents, some states reported that the nearest known source of dicamba was more than a mile away from the injured crop. Additionally, state agents in states with many incidents suggest people are being impacted for multiple years through the 2020 growing season.”

EPA said it had received nearly 3,500 complaints of off-target damage in 2021. After the report came out, grower groups questioned its validity, suggesting the incidents may have been double-counted.

The report "doesn't align with what the U.S. cotton industry has seen and heard in the field,” Kent Fountain, a Georgia cotton producer and chairman of the National Cotton Council, said at the time.

Illinois and Minnesota also have approved labels prohibiting dicamba applications when the temperature is above 85, but such a restriction does not exist on the federal label.

Asked about the potential for damage this season and other dicamba-related issues, Bayer said it "stands fully behind" Xtendimax, which it called "a vitally important tool, especially right now when growers need access to a variety of safe and effective crop protection tools to meet global food security needs.

"Helping growers succeed is our top priority," the company added, "and we have been working diligently getting customers and applicators trained and ready to go for the 2022 season and beyond.”

Syngenta said Tavium Plus VaporGrip Technology "is the market’s first and only premix residual dicamba herbicide and is also the first premix for [over-the-top] applications in cotton and soy. Tavium delivers a combination of dicamba and S-metolachlor, offering two effective sites of action for control of key weeds in dicamba-tolerant soybeans and cotton."

The company also said it conducted dicamba training webinars through the first part of 2021 and pointed to updated training materials and stewardship documents on its website.

BASF said "while planting was delayed in some areas, many states were able to quickly catch up to five-year planting averages towards the end of May." The company said it has conducted training sessions and "remains focused on making sure growers understand the existing federal and state label requirements, application cutoff dates, and application best practices to achieve on-target applications of [over-the-top] dicamba."

Engenia is based on BAPMA technology "that already has lower volatility compared to DGA-based dicambas" such as Xtendimax, BASF said. "BASF continues to conduct research and development activities toward further reducing the volatility of dicamba-based products."

With most Midwest growers facing fast-approaching deadlines and temperatures currently topping out well above 85 degrees Fahrenheit, some growers will be hard-pressed to get their dicamba applications in before those windows, weed scientists who spoke to Agri-Pulse said.

“If a lot of acres are going to get treated in the next week, the potential for significant damage, in my opinion, does exist,” said Joel DeJong, a field agronomist at Iowa State University.

Looking at the research, “when the net temperature gets above 85, we see a pretty significant increase in volatilization potential,” DeJong said.

Soybean growers in Missouri made a lot of progress in the first full week in June, said weed scientist Kevin Bradley at the University of Missouri, who has done extensive research on dicamba’s volatility. However, “by no stretch are we done yet with planting.”

And Lee VanWychen, science policy director for the Weed Science Society of America, told state pesticide regulators at a meeting last week that five years of experience with dicamba shows that off-target movement increases in areas with high adoption of dicamba-tolerant traits, especially when conditions are hot and dry.

In an interview, VanWychen said dicamba begins to volatilize starting at around 70 degrees. “And we know 70-degree daytime temperatures really don't happen in June and July in the corn belt,” he said.

Bradley said he has already heard some complaints this season, but in keeping with the pattern of the past couple of years, most are from growers of specialty crops such as vegetables or vineyards.

When it comes to soybean growers, “Everybody kind of knows what it is and knows how to either deal with it or just not deal with it,” he says. That’s not true of growers of specialty crops, who “are not a very forgiving audience,” Bradley says.

He adds that soybean growers are coordinating more with one another about their planting and applications, which he called “a positive thing.”

“I don't really think anything much has changed since the beginning,” Bradley says of the damage caused by new formulations of dicamba, which were first approved for use in the 2017 growing season. “The only thing that's changed is that people are used to it now.”

Mark Loux, a professor of weed management at Ohio State, said in an email, “Honestly, we don't even hear about the dicamba issues anymore. My county people hear about some, but everyone knows nothing can be done, so there's no real reporting or official investigations going on.” 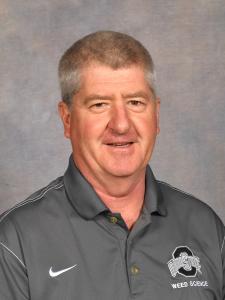 He and others interviewed also said many growers have shifted to Corteva’s Enlist soybeans.

“People that I trust in our state, that are in the know and in the ag seed world, they're definitely saying that more and more are going towards Enlist,” Bradley says. Corteva estimated in May that 40% of U.S. soybeans will be planted with an Enlist E3 variety, but the company will know more around mid-season.

In a report prepared for the meeting of state officials last week, pesticide regulators in the EPA region including Illinois, Indiana, Minnesota, Michigan, Ohio and Wisconsin were said to be “experiencing dicamba fatigue. States are struggling to complete the increased caseloads. State inspectors [are] experiencing burnout and some [are] pursuing retirement earlier than would be expected.”

In a status report filed last month in Arizona federal court, EPA said during the 2022 growing season and until the dicamba registrations lapse after the 2025 growing season, “EPA will continue to engage with federal, state, and local partners — including university agricultural scientists — and will remain in close communication with state departments of agriculture about any concerns related to the use of dicamba-based products.”

The Center for Food Safety and Center for Biological Diversity are suing EPA in that court to challenge over-the-top uses of dicamba. The American Soybean Association and Plains Cotton Growers also have a lawsuit in federal appeals court in the District of Columbia challenging restrictions on the 2020 label.