The fight over which government agency would be charged with regulating new cell-cultured meat looks to be pivoting to a discussion of how USDA and FDA might work together.

In opening comments at a two-day meeting on the subject and speaking to reporters afterwards, Ag Secretary Sonny Perdue and FDA Commissioner Scott Gottlieb drew no lines in the sand and laid no claim to jurisdictional territory. Instead, the two leaders offered a more collaborative approach, and said comments offered this week will help them get there.

“There’s been many cases where we’ve shared jurisdiction around regulation of products. I think this is going to be another one of those cases,” Gottlieb told reporters Tuesday. “Now, we just have to draw out those jurisdictional lines.”

The two agencies will certainly have plenty of comment to sift through as they draw those lines. FDA has already had meetings on the subject, and more than 600 people registered to participate in this week’s discussion either by offering comments in person or by following the online webcast.

The joint regulatory approach was first suggested in a joint letter from Memphis Meats and the North American Meat Institute. In a letter to the administration in August, they suggested FDA be charged with pre-market safety approval, and then oversight can be shifted to USDA’s Food Safety and Inspection Service once that safety is established. Perdue has previously said the two organizations “had it right” and that the joint approach suggested is “what we will work toward.”

Neither Perdue nor Gottlieb jumped at the opportunity to provide a timeline by which USDA and FDA want to have their regulatory structure settled, but Perdue offered sometime next year as an optimistic goal. 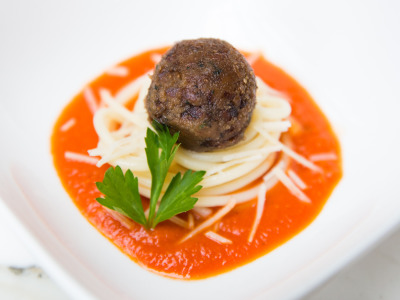 “I would think if we can get this done in 2019, I think that would be probably pretty fast for federal purposes,” he said.

While having both Perdue and Gottlieb on the record supporting a joint approach is noteworthy, it’s far from satisfactory for any side of the argument. If it’s agreed to allow pre-market approvals to be handled at FDA, the two agencies will still need to delineate just when the pre-market process will stop and when oversight would shift to USDA.

Much like Perdue and Gottlieb’s comments, the industry commentary on both sides of the debate offered familiar standpoints from a variety of organizations.

Mark Dopp, general counsel and senior vice president of regulatory and scientific affairs for the North American Meat Institute, pushed for USDA oversight of the products – which proponents argue would submit the cultured products to the same rigor and frequency of inspection as traditional protein – and sought to sell that point from a perspective of consumer confidence.

“Why do those who oppose FSIS inspection wish to deny consumers the confidence that comes from knowing cell-based meat products, a product category in its infancy, are subject to daily inspection rather than inspection once every three to five years?” he asked.

Where there was some call on the part of cultured meat companies to push toward FDA oversight, the Good Food Institute and Memphis Meats both noted the necessary role for FDA and USDA in their comments.

While there’s still a number of things up in the air, Perdue and Gottlieb were not shy - stating they felt good about where the process stands. In particular, they are grateful for the chance to get out ahead of a technology with a regulatory framework rather than having to adjust on the fly.

“I think this is one of those unique examples where we’re contemplating all of these things really early in the process, really in advance of the products even being available,” Gottlieb said. “That’s going to, I think, help the innovation take root and provide really clear guidance to the manufacturers, and I think it should accelerate the innovation.”

“I think the regulatory framework needs to be there to provide guidance for our entrepreneurs and innovators to work toward,” Perdue added. “We will be moving posthaste after this meeting to more clearly define that.”

Tuesday's comments were focused on the hazards and oversight of the products; presentations today will focus on labeling.