The soybean market in the coming weeks will be focused on China and how it handles its massive demand for the oilseed while at the same time avoiding U.S. supplies facing a 25 percent tariff in the ongoing trade war with the Trump administration.

Brazil, which began this year’s harvest way back in January, is sending soybeans to China at a brisk pace but can’t keep shipping at significant volumes much longer. Neither can Argentina, which has actually been importing from the U.S. this year to keep its crushers operating, say market watchers and economists.

For now, though, five ships in Argentine ports are loading up with about 210,000 metric tons of soybeans to ship to China, according to John Baize, president of John C. Baize and Associates and a consultant for the U.S. Soybean Export Council. Further north, a dozen ships in Brazilian ports are loading about 705,000 tons destined for Chinese buyers.

“They’re still loading soybeans like crazy,” said Baize about Brazil, “but they’re not going to be able to do it for much longer. It’s November, December and January that’s the problem for China.”

Brazil’s next harvest does not start to come in until January. The country’s farmers have boosted planting in the expectation of capitalizing again on China’s massive needs and the trade war that is causing the country to shun U.S. supplies, but it won’t be until sometime in February that the new Brazilian crop can reach Chinese livestock operations.

The U.S. has a lot of soybeans on hand as a large harvest comes in, but the Chinese 25 percent tariff – a major part of the tariffs imposed in response to the Trump administration action to punish China for appropriating U.S. intellectual property – has virtually halted Chinese imports.

Only three cargoes of U.S. soybeans, totaling about 202,000 tons, have been dispatched to China this marketing year, which began Sept. 1. Last year at this time that total was 6.4 million tons, said Baize.

U.S. government officials say they hope the Chinese will be forced to begin buying more U.S. soybeans in the coming weeks as South American supplies drastically diminish, but there are other options for China.

USDA’s latest monthly supply and demand report shows China has 825 million bushels in beginning stocks that it can draw down on. That’s a massive stockpile, but Baize stressed that China will likely be reticent to draw down on it because of its strategic value and the fact that it won’t be easily built back up any time soon.

US ag exports to China rising fast, but still slow for ‘phase one’
Washington Week Ahead: Crunch time for USMCA, China, spending talks

Still, China may feel it needs to dig into the reserves, said Newton. 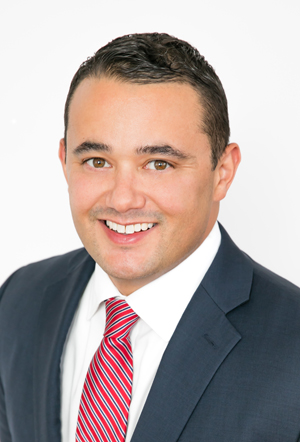 “It remains to be seen what they ultimately do, but they do have inventory,” he said. “That’s what inventory is there for, but if the inventory runs low, then you could run into some concerns.”

One of those concerns is that the trade war drags on longer than expected and those emergency supplies are drastically reduced or used up.

And no one really knows exactly how big China’s stocks are, despite the USDA estimate. That data is a state secret and the amount could be a lot more than 825 million bushels or a lot less, said Newton.

“If Malaysia buys U.S. soybeans and can deliver them to China at less than a 25 percent overhead, then there’s arbitrage opportunities there,” said Newton. “Because our soybeans are at such a sharp discount to Brazil, I’m sure there are (traders) that look at it as an opportunity to buy a fungible product like soybeans and turn around and sell it again at a price at or below what Brazil could deliver into China.”

There will likely be less of that activity if China decides to rely heavy on its stocks, but Baize said he’s doubtful.

“I think they’d just as soon starve their pigs,” he said.