Smithfield Foods and the Environmental Defense Fund are touting the company’s commitment to produce energy from the manure on most of Smithfield’s hog farms in North Carolina, Utah and Missouri.

The “manure-to-energy” projects will cover 90 percent of Smithfield’s hog finishing spaces in North Carolina and Utah, and nearly all of its facilities in Missouri over the next 10 years. “This timeline will aid the company in achieving – and exceeding – its 25 by ’25 commitment,” Smithfield said in a news release, referring to its goal of cutting  greenhouse gas emissions by 25 percent from 2016 levels by 2025.

Smithfield, owned by Chinese firm WH Group, is the world’s largest pork processor and hog producer. It created the GHG reduction plan with the EDF, which often works with corporations to bring about environmental change.

Smithfield President and CEO Kenneth Sullivan said the recent announcement “is the culmination of decades spent studying and perfecting the commercial viability of ‘manure-to-energy’ projects.” The company, he said, is committed to sustainability and to producing “good food in a responsible way.”

EDF’s Maggie Monast, who works on ag sustainability projects, said in a blog post that with few manure-to-energy projects in North Carolina, “This commitment from Smithfield means they will become the new status quo.”

Monast also said putting covers on lagoons will help prevent them from overflowing when heavy flooding occurs, as it did with Hurricane Florence, when “40 farms experienced lagoon overflows or breaches,” she wrote.

In an interview with Agri-Pulse, Monast said there are still challenges in managing hog waste. For example, hog farms in the lowest lying areas of North Carolina would not be good candidates for the biogas projects. For those farms, which are in the minority in North Carolina, Smithfield’s hog buyout plan is a better option, she said.

She also explained why, as she said in her blog post, the manure-to-energy projects are not a “silver bullet” for the environmental problems posed by hog lagoons.

Covering the lagoons prevents the escape of nitrogen gas and increases the amount of liquid nitrogen, meaning that farmers must have more land to apply that waste. Or, they will need better technology to deal with the increased amount of waste. 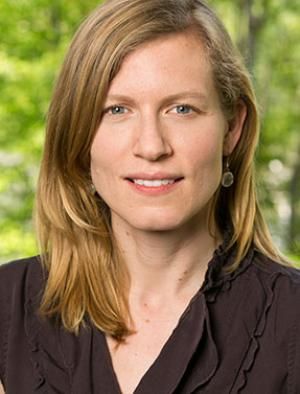 “This is something we need to keep a close eye on,” Monast said. “The net result needs to be better water quality.”

The Southern Environmental Law Center criticized Smithfield for sticking with its “primitive lagoon-and-sprayfield system that North Carolina juries recently found create a devastating nuisance for neighboring communities.” The company has been hit with jury awards of nearly $500 million in damages in three nuisance cases in North Carolina alleging residents have suffered from odor.

SELC said Smithfield “could have invested in cleaner, more responsible technology that protects families, communities, and our air and waterways – especially in the face of more intense storms. Instead, Smithfield chose to further entrench the lagoon-and-sprayfield system, and its injustices.”

Smithfield, which said it is “adopting low trajectory application tools to more efficiently apply recycled nutrients to farmland,” responded it has “no idea how (SELC) could conclude that ‘waste-to-energy’ projects ‘may make some pollution problems even worse’ nor are we aware of the ‘cleaner, more responsible technology’ they are referencing…. If the Southern Environmental Law Center knows something we do not, we welcome them to share their analysis with us.”

Asked about which technology they were referring to, Hildebrand said, “Experts have developed several technologies that address the groundwater and surface water pollution issues, as well as the noxious odors that are inherent in industrial hog production using a lagoon and sprayfield system. All farms are different, so we are not advocating for a one-size-fits-all approach. One technology that has been discussed extensively is Super Soils/Terra Blue technology, which stores and processes liquid waste and solid waste in above-ground containers rather than unlined pits. The cost of this technology has come down dramatically since it was initially developed.”

Monast, however, said that the Super Soils/Blue Terra technology “doesn’t produce biogas, so it’s not something Smithfield is pursuing.”

Smithfield spokesperson Lisa Martin said that under both federal and state law, hog farms are prohibited from discharging manure or any wastewater to “waters of the state.” "All treatment systems on company-owned and contract farms require sign-off from state regulators, based on compliance with established standards when they are built," Martin says. "In addition, hog production operations are regulated by state and/or federal water quality permits."

Martin also says that Smithfield's hog operations have improved their use of nutrients from manure to address overapplication. "Our farms apply the fertilizer at controlled application rates and only at times when ponding and/or runoff will not occur," she said. "Detailed records of all applications are kept and inspected by state regulators. Employees must inspect the fields before, during, and after manure application to make sure that no runoff occurs."

"Smithfield has, and will continue to work with partners like EDF and others, to improve our manure management systems as they relate to water quality or any other environmental metric," Martin said.

As part of its announcement, Smithfield said it also plans to “convert existing anaerobic treatment lagoons to covered digesters or construct new covered digesters to capture biogas, which will be transported to central processing facilities to be converted into renewable natural gas (RNG) in North Carolina, Missouri, and Utah.”