The rapid spread of African swine fever in China – home of half the world’s pigs – and outbreaks in Europe are unsettling global pork markets and potentially providing opportunities for major pork producers like the U.S., which has never had an outbreak of the deadly hog disease.

Those are key takeaways from Rabobank’s fourth-quarter report on the market, which argues the difficulty in controlling the spread of the disease is likely to drive dislocations in supply, “with potential for sizable shifts in trade flows in the months ahead.”

“The entire industry is reassessing its vulnerabilities, while evaluating how best to capitalize on regional trade disruptions,” according to the report, whose principal author is Christine McCracken, Rabobank’s senior analyst for animal protein.

China first detected the highly contagious animal disease in early August. Since then it has reported more than 40 outbreaks across 13 provinces. ASF is a severe viral disease, usually fatal, affecting domestic and wild pigs. It can be spread by those animals, alive or dead, or in hog waste and pork products. There is no vaccine for the virus, which does not affect humans. 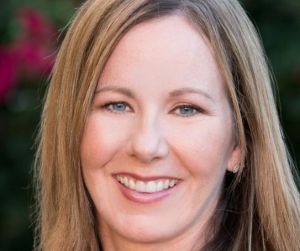 The Rabobank report notes no cases of ASF have been detected in North America – where U.S. hog production in the second half of 2018 is expected to be 4 percent higher than year-ago levels – and where the industry is focused on the potential upside of trade gains.

“The U.S. has plenty of pork,” McCracken told Agri-Pulse in an interview. “But the big question is, are we going to be able to move it” in the face of unknowns like the true severity of the outbreaks in China and the future of diplomatic relations between Washington and Beijing, which have gotten noticeably chilly in the past year.

Erin Borror, an economist with the U.S. Meat Export Federation, agrees that the U.S. is “well-positioned” in most international markers, though she says the total tariff U.S. pork exporters face in moving goods to China is 62 percent, which she calls “a notable obstacle.” And Borror says it’s too soon to know whether ASF will have a significant impact on Chinese pork supplies.

Michael Nepveux, an economist with the American Farm Bureau Federation, says China has not been forthcoming with estimates on how badly its pork industry has been hurt by the spread of the disease. He says there have been estimates that as much as 25 percent of the hog herd will die or be destroyed.

“That’s definitely on the way-high end,” Nepveux says. “But if 15 percent goes, China is still going to be needing protein and I can’t see how U.S. producers wouldn’t benefit.” Even if China turns to other pork suppliers such as Brazil and Canada, the U.S. may be called upon to “backfill” those countries’ supplies, he said.

Rabobank’s McCracken says we may soon find out how desperate China is for pork. The Chinese New Year is coming up in early February and pork is an important part of celebratory meals.

“Will China’s need for pork reach the ‘crisis' stage?” McCracken asked. “Hard to tell. China has a big reserve – no one knows how big – and no one knows if it will be tapped to meet demand, and if so, how much.”

McCracken is not optimistic that China will be able to eradicate the disease, which she predicts will soon spread to most of Asia. “Vietnam may be next,” she says. Last year, the country was the world’s sixth biggest pork producer, according to the Pork Checkoff.