Of the 155 state ballot measures decided in last week’s elections, California’s Proposition 12, which sets new animal confinement rules, could turn out to have the greatest national impact for both farmers and consumers.

But any potential effects may depend on how the U.S. Supreme Court decides legal challenges to Prop 12’s predecessor. Opponents assert interstate commerce rules and USDA’s food-handling rules should preempt California’s ongoing efforts to impose its regulations on other states. Missouri Attorney General Josh Hawley’s April 12 brief calls on the court to block “a single state’s attempt to defy federal law and dictate the manner of agricultural production in every other state.”

California’s defense is that its new rules do not conflict with federal authority because they focus on animal protection issues not addressed at the federal level. In his May 14 brief to the Supreme Court, California Attorney General Xavier Becerra insists the Poultry Products Inspection Act, cited by opponents and passed in 1957, “does not address animal-husbandry practices. It is silent concerning standards for animal welfare on farms.”

In the latest skirmish in this battle, Californians delivered a 61.3 percent vote on Nov. 6 in favor of tough new rules that require egg, pork and veal producers to give their farm animals more space – and that outlaw cages for egg-laying hens by 2022. That lopsided “Yes” vote was no surprise to Jim Houston, California Farm Bureau Federation’s director of legislative and legal affairs. Before the vote, he told Agri-Pulse that in California “anything that animal rights folks put on the ballot, voters will endorse.”

The most controversial part of the new regulations is that they apply not just to California producers and products but to any out-of-state producers shipping eggs, pork or veal into California. So, 11 states, led by Missouri and Iowa, are fighting back, all the way to the Supreme Court. 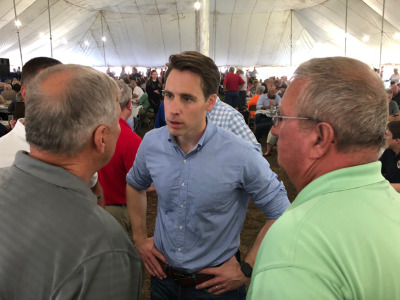 The fight has been led over the past year by Hawley, who is now headed to the U.S. Senate due to his victory last week over Missouri’s incumbent Democrat Sen. Claire McCaskill.

Promising a careful review of potential Prop 12 impacts, Mary Compton, communications director for the Missouri Attorney General’s Office, tells Agri-Pulse, “These sorts of regulations raise the concern that a single state on the West Coast is attempting to dictate agricultural policy to Midwest farmers and small businesses.”

Further tightening the rules laid down in California’s 2008 Proposition 2 (which won with a 63.5 percent vote), the newest regulations specify that along with requiring cage-free housing for hens by 2022, Prop. 12 will require 24 square feet of floor space for each breeding pig by 2022 and 43 square feet for each veal calf by 2020.

Prop 12’s opponents cite studies showing that more spacious housing requirements under the Prop 2 regulations that took effect in 2015 have driven up costs for both producers and consumers. The California Secretary of State’s pre-election analysis of Prop 12 concluded the measure "would likely result in an increase in prices for eggs, pork, and veal.” That’s because farmers will need to “remodel or build new housing for animals” and because production could drop while farmers “change their housing systems to meet the measure’s requirements.” 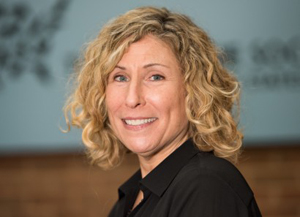 That ominous warning about California sending its own inspectors into other states is a red flag to people like Missouri Farm Bureau Director of Public Affairs & Advocacy Eric Bohl. "We don’t feel like they should be able to tell us how we have to lay our eggs,” he said.

Kitty Block, acting president and CEO of the Humane Society of the United States, which led the $12.6 million campaign for Prop 12, said the measure “will improve the lives of tens of millions of farm animals by prohibiting cruel cage confinement of egg-laying hens, pigs used for breeding, and calves raised for veal in small cages that immobilize them their entire lives.” Predicting not just national but international impacts, she concluded “Prop 12 has been called the world’s strongest animal welfare standard and it has the power to set a precedent for the better treatment of farm animals worldwide.”

Block also pointed to another sign of what could be ahead for farmers, explaining that “a dozen states now have laws cracking down on extreme confinement, and the biggest food retailers in the nation, including Walmart, Safeway, Costco, Burger King and hundreds of others, are requiring their meat and egg suppliers to eliminate cages.”