A federal climate change report released the day after Thanksgiving includes a menu of what U.S. farmers can expect over the coming decades: higher temperatures, heavier and more frequent rains, and yield losses.

The fourth National Climate Assessment, a synthesis of research from 13 federal agencies, summarized many points made by previous climate change reports, but has received widespread press coverage and been the subject of much discussion on social media.

“It was hard for me to miss,” said Adam Nielsen, Illinois Farm Bureau’s director of national legislation & policy development. He said Monday the report is on his reading list but in general, climate change is not an issue that is registering in the farm community.

“It’s not something we’ve completely ignored,” he said, mentioning promotion of cover crops and collaborative research with the University of Illinois. However, “This kind of feels far off.” The report, he said, “may give (IFB) a chance to revisit” the issue.

The American Farm Bureau Federation issued a two-paragraph statement. Andrew Walmsley, director of congressional relations, said AFBF “is a grassroots policy organization that reflects the views and desires of its agricultural members. As they have the opportunity to review this report, they can make recommendations during our policy process.

“We support voluntary, market-based incentives that sequester carbon,” Walmsley said. “Farm Bureau believes we should continue to focus on tools and solutions that will make combating inclement weather less challenging while also not hindering farmers’ productivity or harming the U.S. economy.”

The report points to increases by 2100 in "the incidence of drought and elevated growing-season temperatures" and says those conditions will have a substantial impact on agriculture production.

The report also noted the Midwest's avoidance of the worldwide trend of rising temperatures. “Daily maximum temperatures in summer in the Midwest have not followed the upward global trend, in part due to higher early summer rainfall on deep, water-holding soils, thereby avoiding plant stress detrimental to crops,” it said.

Climate change is also expected to result in more rain. “Projected changes in precipitation, coupled with rising extreme temperatures before mid-century, will reduce Midwest agricultural productivity to levels of the 1980s without major technological advances,” the report said. "Increases in humidity in spring through mid-century are expected to increase rainfall, which will increase the potential for soil erosion and further reduce planting-season workdays due to waterlogged soil."

In the Northern Plains, the report said “even with increases in precipitation, warmer temperatures are expected to increase evaporative demand, leading to more frequent and severe droughts." 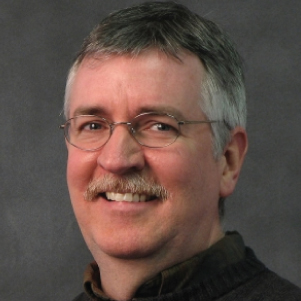 Although the report said "current understanding of drought in the Midwest is that human activity has not been a major component in historical droughts, and it remains uncertain how droughts will behave in the future," it added "projections show that Midwest surface soil moisture likely will transition from excessive levels in spring due to increased precipitation to insufficient levels in summer driven by higher temperatures, causing more moisture to be lost through evaporation."

"The temperature side is the thing we're most concerned about moving forward," Illinois State Climatologist Jim Angel, who helped write the Midwest chapter of the assessment, said. The areas hardest hit will be those poor soils or no irrigation. Farmers are likely to be planting cover crops or using other methods to retain soil moisture and reduce erosion, such as grass waterways.

In the Midwest, "Increases in growing-season temperature in the Midwest are projected to be the largest contributing factor to declines in the productivity of U.S. agriculture," the report said. "Projections of mid-century yields of commodity crops show declines of 5 percent over 25 percent below extrapolated trends broadly across the region for corn (also known as maize) and more than 25 percent for soybeans in the southern half of the region, with possible increases in yield in the northern half of the region."

Daybreak Nov. 9: Survey: Changing ag to address climate change not a priority for many
ERS finds crop insurance will cost more because of climate change

In regions outside the grain belt, impacts will vary, the report said.

Farmers in the Northeast “will benefit from the changing climate over the next half-century due to greater productivity over a longer growing season,” the report said. But “recent and projected increases in precipitation amount, intensity, and persistence” are likely to delay planting and can lead to compacted soils.

In the Southwest, including California, higher temperatures during specific phases of the plant life cycle “can increase crop failures, with elevated temperatures associated with failure of warm-season vegetable crops and reduced yields or quality in other crops,” the report said. In addition, “under continued climate change, increased drought risk and higher aridity could expose some agricultural operations in the Southwest to less reliable surface and groundwater supplies.”

In the Southeast, “Higher temperatures can result in decreasing productivity of some cultivated crops, including cotton, corn, soybeans, and rice,” the report said, projecting “slightly drier summers, which could reduce productivity, and wetter fall seasons, which can make it difficult to harvest the full crop.”

Sally Rockey, executive director of the Foundation for Food and Agriculture Research, called the expanding range of pests and pathogens one of the most important issues highlighted by the report. Solutions can come from new seeds bred for environmental resilience, but the variability in the weather within each growing season will pose a challenge.

“If you create new crops that will need much less water, what happens when you get a flood?” she asks.

The report says that advances have been made in dealing with the changing climate, but the issues are intertwined and evolving.

“Climate-smart agricultural initiatives (such as cover crops, specialized irrigation, and nutrient management) are being implemented to respond to or prepare for climate variability and change,” the report says. “In addition, genomics and plant breeding have targeted specific climate-related issues such as drought or increased ranges of pests.

“However, our understanding of the challenges posed by climate change is evolving, and new technologies and improved scientific understanding is warranted.”

Among the research gaps, the report said that most genomics work is focused on major crops, “with minimal public resources invested in genetic improvement of specialty crops.” The assessment also said “additional research would improve our understanding of the interactive effects of CO2 concentration levels in the atmosphere, temperature, and water availability on plant physiological responses.”

“It’s going to take every ounce of innovation to address some of these issues,” Rockey said.

Asked what advice she would give to producers, Rockey said, “Look at the whole farm system,” from the economics of growing crops in the field to the consumers who will be buying the products made from those crops.

She also talked up the need for more money for agricultural research, which she and other experts say has been chronically underfunded.

Despite the report being a government document, its insights have not been welcomed at the top of the Trump administration. President Donald Trump told reporters Monday "I've seen it, I've read some of it ... I don't believe it." Sarah Sanders, Trump's press secretary, said on Tuesday the report "is based on the most extreme modeled scenario, which contradicts long-established trends."

"It's not based on facts, it's not data-driven," she said. "We'd like to see something that is more data-driven."