Three Republicans are vying to snag their party’s top spot on the House Agriculture Committee to replace the retiring Mike Conaway of Texas, who is set to reach the limit of how long he can serve in the position under GOP rules.

Two of the three, Rick Crawford of Arkansas and Austin Scott of Georgia, represent southern states, which have long had an outsized influence among committee Republicans. The third candidate, Glenn “GT” Thompson of Pennsylvania, is working hard to demonstrate that it’s time to have someone from the Keystone state at the helm of the committee.

The decision will ultimately be made a year from now by the House GOP steering committee, which is made up of Republican leaders and a regional representation of House GOP members.

When it comes to fundraising and reaching out to commodity groups, “the person working that race harder than anyone, hands down right now is GT Thompson,” one ag lobbyist told Agri-Pulse. “He’s doing all the things necessary to move into that position, but the other two candidates are also starting to make inroads and trying to start to build some support."

Another veteran ag lobbyist, Mary Kay Thatcher, senior government affairs lead for Syngenta, told Agri-Pulse whoever wins the position must have a balanced understanding of all the commodities as well as nutrition policy.

“Think about it, the farm bill is 76% nutrition programs as far as money is concerned ... unlike what probably the Senate and House Ag Committee was like 30 years ago, where really farm policy was their big thing by far. That’s no longer the case.”

Almost a year after passing the 2018 farm bill and halfway through House Democrats reclaiming the chamber's majority for the 116th Congress, House Ag Committee member Roger Marshall, R-Kan., said the committee has been quiet about the race.

“I think a lot of us are mourning (Conaway) leaving. We’re more focused on a getting the majority back than worrying about who is going to be the next committee chairman,” Marshall told Agri-Pulse.

Here's a glimpse of how each of the three view the opportunity and some of their key issues.

This former Army explosive technician and ag broadcaster from Jonesboro, Ark., wanted to have a seat on the House Agriculture Committee since he got to Congress in 2010.

“I came here specifically to be a voice in ag policy and advocate for farmers,” Crawford told Agri-Pulse. 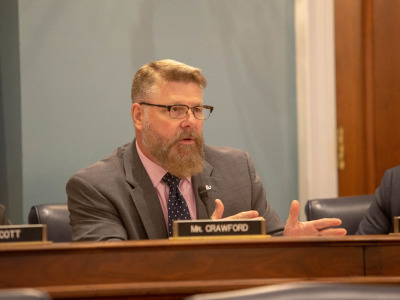 If selected to lead the committee's Republicans, Crawford said he would prioritize legislation for jurisdictional authority to develop disaster savings accounts for farmers, an approach to disaster assistance similar to health savings accounts.

He would like to reform the H-2A visa program by switching the program oversight from the Department of Labor to USDA. Crawford also wants to develop risk management tools for commodities beyond traditional row crops.

But Crawford faces an obvious hurdle. He's from the same state as Sen. John Boozman, R-Ark., who is in line to lead the Senate Agriculture Committee's Republicans in 2021 after Chairman Pat Roberts, R-Kan., retires. No state has led both Ag committees since 1947-1949, when Kansas Republicans Rep. Clifford Hope and GOP Sen. Arther Capper chaired the House and Senate panels.

Crawford dismissed the idea that it would be a problem for two lawmakers from the same state to lead both committees. He agreed Arkansas has a lot of rice, cotton, soybeans, and peanut production, but noted that it also has emerging specialty crops along with livestock and poultry operations.

“A diverse crop mix means you are considering a lot of different perspectives on how farm policy should look, and a single program crop view does not bode well. I don’t care what state you’re from,” Crawford said.

Asked what outreach he has done for the House Ag leadership race, he said he has always met with representatives of commodity groups outside of Arkansas and also is working to better understand dairy policy.

“We don’t have any dairy production in my district to speak of, but it is important to the country. One of the biggest dairy companies is in bankruptcy right now,” Crawford noted. He said he continues to pay attention to the dairy sector, noting a decline is threatening the viability of the industry.

A native of Georgia, Rep. Scott is no stranger to agriculture, having worked on his grandparents’ farm during his teenage years. The former insurance broker is now in his fifth term in Congress and serves as ranking member of House Ag's Subcommittee on Commodity Exchanges, Energy and Credit.

Scott feels his aggressiveness sets him apart, specifically when it comes to resolving problems and risk management.

“The key problem we have with agriculture right now is the risk is getting bigger ... and not smaller,” Scott said. “I think as we look forward, we have to go back to the drawing board and look at things like crop insurance.”

Scott would like to expand the crop insurance program to create an all-perils harvest contract to protect farmers against damage that happens shortly before harvest.

“Depending on the carrier, four weeks before harvest time, you would have to ability to purchase the coverage on the total value of the crop, which includes poundage and price,” Scott said.

In 2018, many cotton growers in southern Georgia were unable to harvest potentially bumper crops of cotton before they were destroyed by Hurricane Michael. Since their insurance coverage was based on their production history, it didn't reflect the better-than-average yields that they would have had. Scott and other lawmakers subsequently worked to get the growers supplemental disaster payments, but he wants a permanent fix.

Scott's idea would allow farmers to get an indemnity on the appraised value of the crop that was damaged at harvest time, not the growers' actual production history, or APH.

“When we’re paying out producers based on average yields, and the farmer lost what would have been the best yields they would have had in 10 years, those numbers don’t work,” he said. 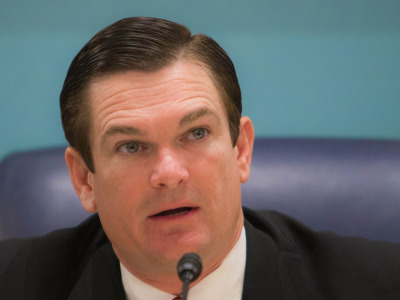 He also said the Agriculture chairman must understand other industries outside the crops grown in their own neck of the woods, citing dairy as an example.

“When I walk down the aisle at the grocery store, I am always buying milk and cheese. We have to make sure that industry is there so that grocery store aisle is full,” he said.

He said if he doesn’t understand a particular commodity's issues, he relies on other members to explain the needs of that sector.

As the chairman or ranking member, “it is your responsibility to make sure you are taking care of production agricultural policy throughout the U.S.," he said.

This descendant from a long line of dairy producers has sat 11 years on the House Agriculture Committee and serves as ranking member of the general farm commodities and risk management subcommittee.

His vision as leader of the committee's Republicans is twofold: To have a robust rural America and to serve the next generation of family farms.

“We need to make sure that we provide the right kind of policies so folks can find opportunity in rural America,” Thompson said. 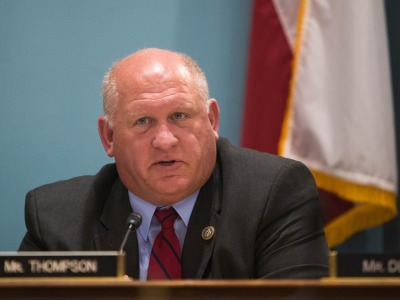 Thompson has been on the road and visiting with commodity groups he’s not all that familiar with, including the cotton, sugar beet, and sugar cane industries. This fall, he toured the USDA cotton classing facility in Memphis, Tenn., across the Mississippi River from Crawford's home state, and visited a cotton farm and gin as well as cotton warehouse facilities in western Tennessee.

He wants to expand marketing opportunities not just abroad but here at home. One of those ways is by expanding access to commodity purchases through The Emergency Food Assistance Program, or TEFAP. It is a federal program providing low-income Americans with emergency food assistance at no cost.

Thompson also hopes to continue to improve the Agricultural Risk Coverage and Price Loss Coverage programs as well as policies like the farm bill's Dairy Margin Coverage program to make them effective and affordable for producers. He wants to improve rural broadband by boosting wireless 5G connectivity for farmers.

“We should have as much reliability to get connectivity into our farms, homes, and rural communities (like) when we turn a switch and the lights come on,” Thompson said.

He went on to say improvements in telehealth, telemedicine and rural broadband are critical for rural communities.