Biofuel producers face an uncertain future that will be shaped by who holds the White House, and how much political influence the industry can muster. In a few short years, the Renewable Fuel Standard's annual biofuel blending targets will disappear, leaving it to the EPA to decide each year what refiners should be required to use.

Established in the Energy Policy Act of 2005, the RFS amended the Clean Air Act by requiring a certain amount of renewable fuel be blended with transportation fuel. In 2007, the Energy Independence and Security Act further amended CAA, mandating 9 billion total renewable gallons be blended by 2008 and ramped up to 36 billion by 2022. The law also created four categories: biomass-based diesel, cellulosic biofuel, advanced biofuel, and total renewable fuel.

After 2022, the congressionally proposed blending targets go away, and EPA is left to determine renewable volume obligations, or RVOs. Separately, the finalized 2019 rule triggered a “reset” for total renewable fuel volume targets for 2020-2022 because total gallons weren’t met for two years in a row. This gives EPA the authority to adjust the total renewable fuel volume targets, which could ultimately set the table for what’s to come in three short years.

“In a lot of ways, the reset rule looks like the post-2022 process. It has largely the same criteria the administration should take into consideration,” Jeremy Martin, fuels policy director at the Union of Concerned Scientists, said.

The criteria address RFS impacts on the environment, job creation, energy independence, the future commercial scale of advanced biofuels, fuel infrastructure and delivery, and on the cost of transportation, when setting blending target levels for future years.

But Martin said the big distinction between the two is the reset rule covers just the next two to three years, leaving the years beyond 2022 more undefined. “For example, they could set targets out to 2030 or 2035, or something like that,” Martin noted. “The expectation is they would reset the targets into the future but still have an every-year (review) process.”

That’s the technical side, but politics also comes into play. The reset worries biofuel groups because oil refiners want to use the rule to lower the mandates.

“The reset is a perfect opportunity to adjust the program so that it aligns with the market,” Scott Segal, an attorney representing refiner interests in Washington for over two decades, said. “The trigger is evidence that the RFS no longer reflects the realities of the marketplace."

According to the Energy Information Administration, U.S. motor fuel consumption has been lower than originally forecast, meaning there's not as much transportation fuel to blend.

But for biofuel stakeholders, the rulemaking and accompanying public comment opportunity is equally critical to signal their support of the program.

“Our comments at Growth Energy will be incredibly robust with a lot of third-party data validating all of the criteria,” Growth Energy CEO Emily Skor said. The group also hopes the marketplace has embraced E15 by the time 2022 comes along. “What we are seeing based on those sales, once consumers have a taste of E15, they come back for more and they will demand to continue to have access to higher blends."

“When EPA releases its proposal to reset the 2020 through 2022 RFS volumes, we’ll be primed to make the case that the reset should be used to increase the required volumes of all renewable fuels over current levels,” RFA President and CEO Geoff Cooper said in his "State of the Industry" speech Tuesday at the group's convention in Orlando.

But looking beyond 2022, Cooper said it "all depends on who’s in the White House and who is administrator at EPA and what their goals and objects are and also what the makeup of Congress is at that time.”

Nine Democrats have already declared their candidacy to run against President Donald Trump in the 2020 presidential election. All those candidates must go through Iowa for first-in-the-nation caucuses, and some vying for the office have already held rallies or scheduled events in the state.

All candidates can expect to be asked to commit to ethanol as they whip up votes in Iowa. But during the last presidential election cycle, eventual caucus winner Sen. Ted Cruz, R-Texas, won despite not supporting ethanol.

“It’s entirely speculative on who will be a Democratic contender and how that will translate into RFS policy going forward,” Patrick Kelly, senior policy adviser at the American Petroleum Institute, said.

Cooper said when you look within the administration, Trump remains ethanol's strongest supporter.

“The issue has been the disconnect between what we are hearing from the president and what we have seen out of EPA," Cooper said. "From time to time, we need to remind the White House these were the commitments you made, and this is what the EPA is doing.”

He added their number-one job the next three years is ensuring everyone knows “the RFS does not end in 2022,” Cooper said. “We’ve seen recently, some lawmakers are using this post-2022 boogeyman as a reason to drive discussion around reform or repeal.”

Oil-state lawmakers like Jim Inhofe, R- Okla., and Cruz have advocated in the past the policy must be updated or reformed, which is also what API would like to see.

“(The RFS) has outlived its usefulness,” Kelly said. “It was based on the assumption that we would have increased gasoline demand and increased oil imports, and that was wrong.” He said the “fact remains the vehicle fleet or all the cars on the road” will take a long time to turn over.

Nan Swift, director of federal affairs for the National Taxpayers Union said heading up to 2022, they’ll work with the administration and Congress to bring their recommended volumes in line with what the market can bear. 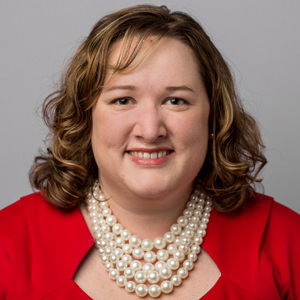 “(The year) 2022 is not that far away in government years," Swift said. “Especially when people aren’t paying attention to this. It would be a lot different if we were in a high corn price or gas price scenario where people would be feeling the pain a little more, but because both prices are low, it’s more hidden than usual.”

Swift thinks the ethanol volumes should be brought down because the transportation fuel scenario has seen a lot of change since 2005 and 2007.

“Right now, people are driving less, cars are more efficient, new technologies are coming online and the volumes we have do not reflect reality," Swift said. "The more that delta grows, the harder it is for refiners to achieve it and harder it is on consumers.”

Since 2012, negotiating with EPA is nothing new for the biodiesel industry.

“Since then, we have sat down with the EPA every year to justify growth in the RVOs for biomass based diesel,” Donnell Rehagen, president and CEO of the National Biodiesel Board, said. According to the Congressional Research Service, when EPA set the biomass-based diesel volume requirements for 2020 at 2.43 billion gallons, it acknowledged it did not account for the dollar-per-gallon tax credit for 2019. The credit expired at the end of 2017, and NBB continues to lobby to bring it back after legislation containing a long-term phaseout failed to pass.

Skor, Cooper and Rehagen doesn’t see the uphill battle with the oil industry and other adversaries ending anytime soon because they are fierce competitors.

Kelly finished by saying ethanol has good characteristics when blending with gasoline, but only to a point.

“The entire infrastructure across the U.S. is capable of blending 10 percent ethanol," he said, "but you are going to continue to see that happen based on economics and not government mandates.”

Even though congressionally blended targets may go away, the continued stalemate between oil and biofuels looks to continue beyond 2022 as the two sides continue to fight for portions of the gas tank.