Chapter 12 farm bankruptcies have hit highs not seen for a decade in some states, setting off alarms, with some wondering whether the farm economy could be headed for a crisis similar to the one that occurred in the 1980s. A deeper look at the numbers tell a different story.

Farm bankruptcies are far from the lofty levels seen in the late 1980s, and Chapter 12 bankruptcies actually fell slightly last year, from 501 in 2017 to 498 in 2018. However, the rate of bankruptcies per 10,000 farms of 2.46 has risen slightly over the past several years, according to data from the American Farm Bureau Federation (AFBF).

“We have fewer farms and larger farms than we did in the 1980s. It’s a different environment,” says John Newton, chief economist at AFBF.

Thus, while the overall bankruptcy numbers look nowhere near as bad as they did in the 1980s, the situation could deteriorate if margins remain poor, with some states, some sectors of agriculture, and some regions of the country faring worse than others.

“Ag land values have held for a while, but with interest rates rising, commodity prices low, and debt increasing, it could get worse if asset values decline,” Newton said.

No doubt, the farm economy is hurting. In 2018, net farm income dropped by nearly half to $66 billion from 2013’s peak of $134 billion. For the next 10 years, USDA projects net farm income will remain under $80 billion. Working capital has also plunged while total debt has soared. Since 2012, working capital has fallen by 70%. Meanwhile, total debt has climbed to a record high $450 billion, both in real and nominal terms, says Newton. 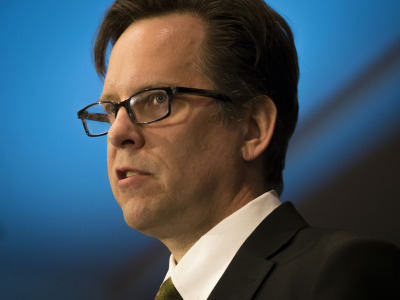 Yet the nation's farms are still in better shape than they were in the 1980s, when farmland values crashed.

Data, however, can be misleading. For example, Chapter 12 works best for small farms that have overextended and have assets to sell, partly because the maximum debt level allowed under Chapter 12 is $4.15 million, says Kristine Tidgren, director of the Center for Agricultural Law and Taxation at Iowa State University.

“These farms can downsize to pay off their creditors without having a substantial tax hit,” she said. Large farms must file Chapter 11 if they want to continue farming (see sidebar). 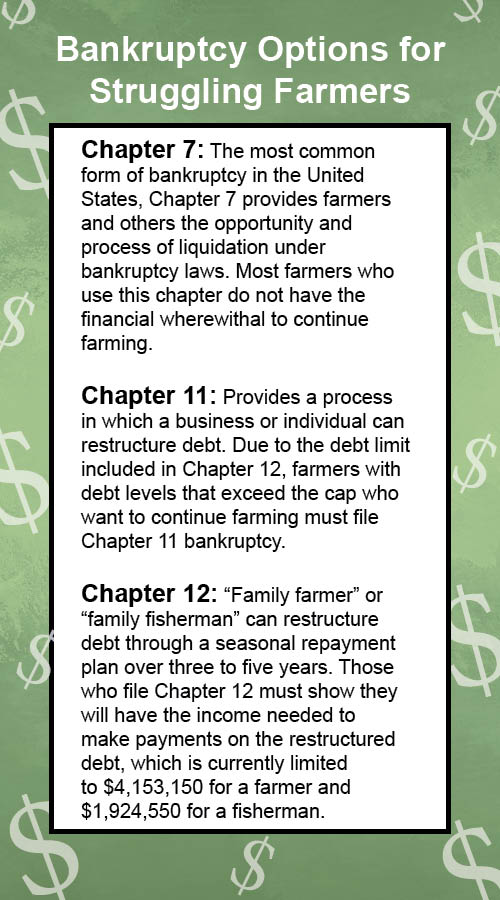 For farms that don’t have anything to sell, Chapter 12 often will not work because lenders require the farm to demonstrate it will have sufficient income to service restructured debt. For instance, Tidgren says that when interest rates are falling, farmers can refinance high-interest debt to reduce overall debt payments.

But when commodity prices are low and interest rates are rising, like they are today, farmers have a more difficult time putting together a plan to repay creditors. “For a lot of folks who are struggling, Chapter 12 is not a good option,” she notes.

Thus, looking at Chapter 12 bankruptcies alone doesn’t tell the full story. Many farms, both those in Chapter 12 and others, are servicing debt with off-farm income, Newton says. “People are rolling short-term debt into long-term debt and that is not sustainable,” he notes.

Struggling farmers who do not want to file bankruptcy have several options. “They can sell off land to cover operating costs or take out loans,” Johansson says. Selling land to make ends meet is also considered unsustainable. They can also sell their business or close down their operation.

“I feel like we are seeing a lot of cases where folks aren’t filing bankruptcy, they are just getting out of farming,” Tidgren says. “They are either exiting farming altogether or they are downsizing and depending more on off-farm income.”

Some states and regions are reporting more Chapter 12 bankruptcies than others, but no states have approached the bankruptcy levels seen in the 1980s.

Looking at the percent change in Chapter 12 bankruptcies in 2018, compared to 2017, the Rocky Mountains fared worst (up 56 percen), followed by the Midwest (up 19 percent), Northeast (up 18 percent), and Southwest (up 13 percent). Chapter 12 bankruptcies declined by 40 percent in the Pacific region and 27 percent in the Southeast. These changes essentially reflect the sectors that are experiencing the most financial distress — corn, wheat, and dairy.

“The Pacific region is more diversified than the traditional row crop regions, given the tree fruit and nut

cops and vegetables grown there,” Newton said. “And the larger California dairies are likely outside the Chapter 12 limit.” In the Southeast, he says, crops like cotton are capital intensive and these farms too likely fall outside Chapter 12’s debt limit.

Chapter 12 bankruptcies in Wisconsin last year hit highs not seen in more than a decade and were more than double what they were in 2009, according to AFBF data. Other states with decades-high levels of Chapter 12 filings were Indiana, Kansas, Minnesota, North Dakota, South Dakota, and Utah.

Analysts agree that of all sectors, dairy has been hit hardest by the current downturn. According to Paul Mitchell, professor of agricultural and applied economics at the University of Wisconsin, Madison, in addition to the dairies that filed Chapter 12 last year, seven large dairies in Wisconsin, the nation’s second largest dairy state, filed for bankru 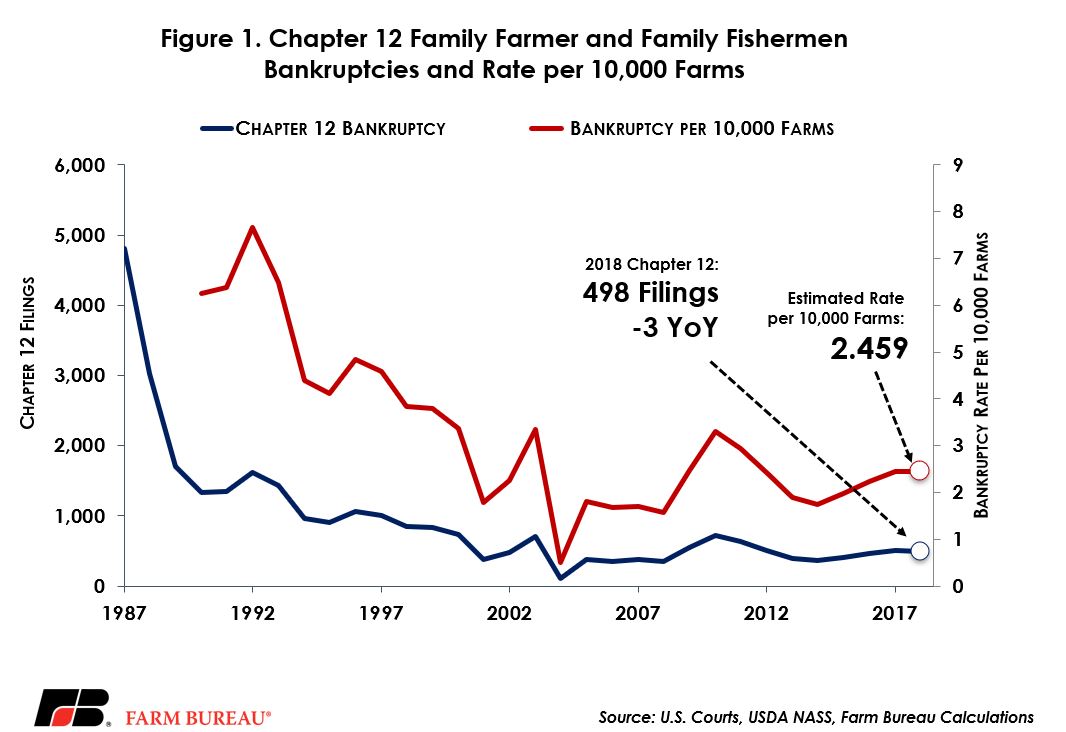 ptcy under another chapter. According to NASS, 7.9 percent, or 691 dairy farms in Wisconsin, closed in 2018, the most since 2004, when the data started being reported.

The dairy sector is consolidating faster than any other ag sector now that consolidation in the hog industry has slowed, according to Johansson. In 2013, there were 70,375 dairy farms in the United States. By the end of 2018, that number had dropped to 40,219, a decline of 43 percent. Dairy farms will continue to consolidate, and herd size will continue to increase, he says.

Financial stress, particularly for corn, wheat, and dairy farmers is likely to worsen, but the overall trend in slightly declining farm numbers is unlikely to change much, says Johansson.