Despite President Donald Trump’s ongoing battle with lawmakers over funding a border wall, efforts are underway both at the White House and in Congress to craft immigration legislation that could address the labor shortage in agriculture.

In the House, the new chairwoman of the House Judiciary Committee’s subcommittee on immigration, California Democrat Zoe Lofgren, has had preliminary discussions with farm groups about a standalone ag labor bill that could include new guestworker provisions as well as her proposal to legalize undocumented farm workers.

Provisions also could be included to require all employers, including farms, to use the E-Verify system to check the legal status of workers.

Sources say the plan would be to take up an ag labor bill after dealing with two other Democratic immigration priorities: Legislation to provide legal status to Dreamers, immigrants who were brought to the country illegally as children and later enrolled in the Obama administration’s Deferred Action for Childhood Arrivals (DACA) program, and reform of the Temporary Protected Status program, which allows immigrants from certain dangerous countries to stay in the United States. 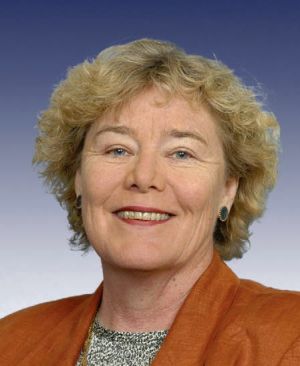 The White House effort is led by Jared Kushner, President Trump’s son in law, rather than Stephen Miller, an immigration hardliner. Kushner has held at least one meeting with representatives of various business sectors to hear out their priorities for what would likely be a broad immigration reform plan, sources say. The American Farm Bureau Federation was represented in that meeting.

Agriculture Secretary Sonny Perdue disclosed in a House Agriculture Committee hearing last week that he was lending his immigration adviser, Kristi Boswell, a former immigration policy specialist with AFBF, to assist with the White House effort. Perdue didn't provide any details of the White House plan, nor mention Kushner by name.

“The president understands we need a legal agricultural workforce,” Perdue told the Senate Agriculture Committee the following day. “It’s probably the No. 2 issue behind trade. I look forward to working with both sides and the administration to achieve a comprehensive immigration bill that satisfies the need for agricultural workers.”

Whether either of the two efforts can result in legislation that passes Congress ahead of a presidential election is a big question. In the past, it has been very difficult - if not impossible - to deal legislatively with one immigration issue without addressing others. The last major attempts at comprehensive immigration reform, in 2007 and 2013, ultimately failed, too.

Sources emphasize that both the White House and Lofgren efforts are at a very preliminary stage. A spokesman for Lofgren declined to comment on her plans. The White House did not respond to questions about Kushner's effort.

“Whether something is going to happen, we don’t know,” said one leading advocate of agricultural labor reform, one of several officials who described the developments on condition of anonymity. “But certainly there is a couple of angles, one definitely from the White House and the other from the House Democrats. We’ll see what happens.” 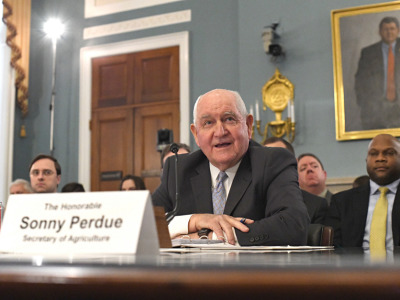 Craig Regelbrugge, senior vice president of public policy for AmericanHort, which represents greenhouse growers, said the discussions with Lofgren have been relatively high-level so far. "Given the seriousness of the labor crisis afflicting ag, we have an obligation as well as opportunity to engage,” he said.

A spokeswoman for the California Farm Bureau Federation, Sara Neagu-Reed, said the discussions with Lofgren’s staff are more broadly represented than the negotiations behind the drafting of a guest worker program that then-Judiciary Chairman Bob Goodlatte, R-Va., tried to put on the House floor.

The California Farm Bureau and Western Growers Association declined to support the effort in part because the proposed H-2C program wouldn’t have provided legal status for family members of farm laborers. The groups also feared the Goodlatte bill would become the starting point for future negotiations. The proposal never got a floor vote.

The Senate’s 2013 immigration bill included new guest worker provisions that were the result of negotiations between farm groups and the United Farm Workers, a group also included in the discussions with Lofgren's office. The bill would have replaced the H-2A program with two types of agricultural visas, one for contract workers and the other for “at-will” employees who could move between farms that were registered for the program.

Iowa Sen. Chuck Grassley, who was the ranking Republican on Senate Judiciary Committee during the development of the 2013 bill, said the best chance of passing ag labor reforms would be to attach them to a must-pass bill, such as an appropriations measure.

“It’s difficult to get a bill up in the Senate that deals with agricultural workers, although I would be in favor of it. Everything else would get amended to it dealing with immigration,” he said.

Farm groups recently have been reaching out to congressional staff to build the case for addressing farm labor needs. "We don’t have much time” to address the issue,” Rep. Dan Newhouse, R-Wash., said at a forum for congressional aides last week at the Capitol. "All the pieces are there arguably for putting together solutions" on immigration.

Newhouse, who owns a farm in the Yakima Valley, said immigration is "probably harder than many of the … social issues that we have,” including abortion.

"A lot of my friends and neighbors are struggling now to find an adequate labor supply. This is hurting our industry as we speak. There’s every reason for us to put aside what usually stops us — the desire to find the perfect solution," said Newhouse.

Chalmers Carr, a South Carolina producer who is president of USA Farmers, which represents farmers who use the H-2A program, said, ”We do have an illegal workforce. We need to recognize that."

"We must take care of the current work force - we cannot kick them out,” he said.