Gavin Newsom: Stepping into the center of California ag

The new governor is quietly assembling a strategy

After two months in office, much remains to be seen about how California agriculture — producing $100 billion in economic activity, from 76,000 farms and ranches — will fare under the administration of Governor Gavin Newsom. Many ag-related challenges lie ahead — water, labor and trade, to name a few — while the industry will also be impacted by major events in other sectors, such as the yearslong process of PG&E’s bankruptcy proceedings and the rising costs for land due to the housing crisis.

With a supermajority of Democrats in state offices and massive industries like technology feeding much of the economy, Newsom has had to focus less on agricultural issues in order to be successful in the current political climate. That's left many agricultural interests in a state of heightened anxiety about what big plans the new administration will bring to the table.

Though it is still early for the governor, a few early decisions signal Newsom's approach to some key issues and upcoming policy objectives.

Making a splash in water issues

“I don’t remember a governor who in his first weeks in office mentioned rural communities the same way,” said Michael Dimock, director of the conservation group Roots of Change and former staffer for Gov. Jerry Brown’s first gubernatorial campaign. “Nor do I remember a governor who took his cabinet down to the Central Valley to look at the water project and talk about rural communities.”

In his first State of the State address, Newsom outlined his initiative for safe drinking water, saying: “Solving this crisis demands sustained funding. It demands political will.”

He signed his first pieces of legislation in Fresno, providing $10 million for safe drinking water in rural communities. This will likely take decades of consistent state or federal funding to achieve and has a long track record of legislation addressing the issue. A bill to establish a safe drinking water fund failed in the state legislature last year and has been revived in the assembly again this year. The issue is complex and closely intertwined in the San Joaquin Valley with agriculture, water scarcity issues and strict new requirements under the Sustainable Groundwater Management Act. 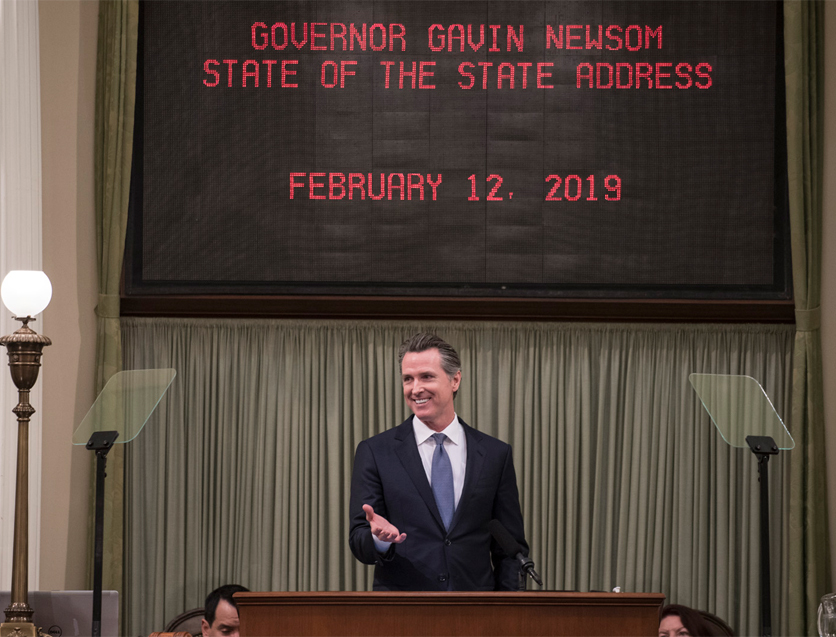 Also in his speech, Newsom declared he would not reappoint Felicia Marcus to the State Water Resources Control Board. As chair of the board, Marcus lost favor with valley farmers when she called a vote in December on the board’s plan to require unimpaired flows of up to 50 percent for rivers feeding the Sacramento-San Joaquin Delta to boost salmon populations. After months of negotiations on voluntary agreements for the plans, many of the water districts involved felt like their arguments had been ignored in the vote. Newsom picked board member Joaquin Esquivel to chair the board as a way to “bring balance”.

Last week, a new set of voluntary agreements, building on work Brown had started and Newsom later supported, was presented to the board — pleasing many in the Central Valley.

“Governor Newsom’s commitment to the voluntary agreement concept has been evident since the day he took office,” said General Manager Casey Hashimoto of the Turlock Irrigation District in a statement.

Newsom has decidedly been in support of many state agricultural programs hatched under Gov. Brown. In his current budget proposal, he bolstered the Healthy Soils program with an additional 20 percent in funding over last year and added new research dollars for Huanglongbing and Asian citrus psyllid, as the disease spreads throughout southern California orchards and backyard orange trees. 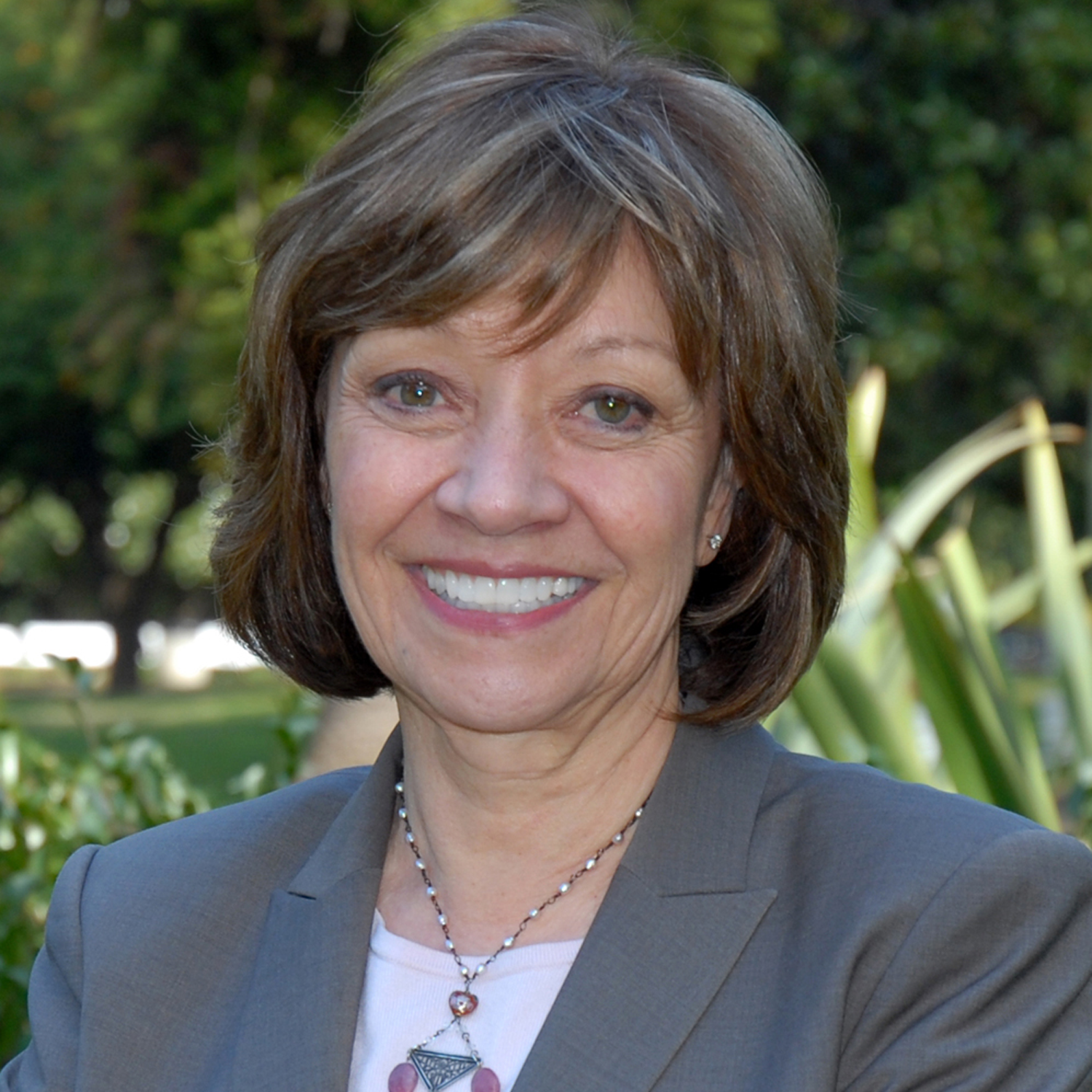 Newsom also reappointed Karen Ross, now in her ninth year as secretary for the Department of Food and Agriculture. After the State of the State, Ross and Newsom traveled to the Central Valley for a roundtable talk with farmers, ranchers and agricultural groups.

“It was one of the most positive ones I’ve been in for a long time,” Ross told Agri-Pulse, referring to the roundtable. “It’s a very big deal in a state that’s dominated by urban centers.”

Newsom is unlikely to roll back any environmental regulations, however. In pledging to combat climate change during his campaign, he called for the state’s energy to come completely from renewables and even be a “net exporter” of energy. That could be a boon for agriculture, given the higher tier electricity rates farmers and ranchers pay, the uncertainty around the PG&E bankruptcy filings, manufacturing costs for processors, and investments into wind and solar projects on farms.

Growing a stronger energy portfolio for California, which now has the fifth largest economy in the world, would benefit agriculture and the state as a whole.

“There’s no end to the opportunity once you look at that nexus between water, energy, food and fiber,” said A.G. Kawamura, a former state ag secretary, in an interview with Agri-Pulse. “That’s basically what a governor needs to embrace and to actually make the goal of California being the fourth largest economy.”

Still, some were surprised by one of Brown's programs that got chopped. Newsom trimmed 75 percent from the state’s most productive greenhouse gas reduction program in his budget — the once-lauded dairy digester grant program.

Michael Boccadoro, executive director of the Agricultural Energy Consumers Association, pleaded with the Board of Food and Agriculture yesterday to reach out to the administration and request more funding:

“If you were a business person you would be doubling down on this investment,” he said. “We are not going to achieve the 40 percent reduction the state is looking for unless we get that corrected.”

The program began under Gov. Jerry Brown and was funded for $99 million last year in conjunction with the alternative manure program. Newsom’s latest proposal provides just $25 million for the methane reduction programs.

One of Newsom’s earliest connections to agricultural issues as a politician was during his time as mayor of San Francisco. In playing host to a conference advocating change in “the way America produces food and the way Americans eat,” Newsom seized an opportunity.

"This impacts every single one us," he said in a speech on sourcing healthy food. "No matter where we live or how we've been raised, this is a profoundly important issue."

At times it was symbolic — he converted the lawn in front of city hall into a temporary garden. Yet experiences like this built early and lasting relationships for him as mayor.

He spent a day with a group that included ag leaders and researchers, discussing challenges with the urban-rural divide in Northern California. Newsom offered the perspective of a businessman in the food and service industries, having owned a suite of wineries, hotels and restaurants.

“A lot of agricultural leaders asked him some really tough questions and he answered them. He didn’t duck them,” said Michael Dimock, who helped organize the conference. “He basically said: ‘Look we have to invest in agriculture and keep it healthy, but agriculture has to continue to evolve, to keep up with the expectations of the consuming public.’”

As mayor, Newsom was seen as a pioneer in developing policies aimed at building healthy and locally sourced food systems in the city. He worked directly with the city’s food policy council, which included then-Secretary Kawamura.

“We were actually really surprised and pleased that he showed up at the meeting, rolled up his sleeves and participated in the discussion significantly at that time,” said Kawamura.

A liaison for ag 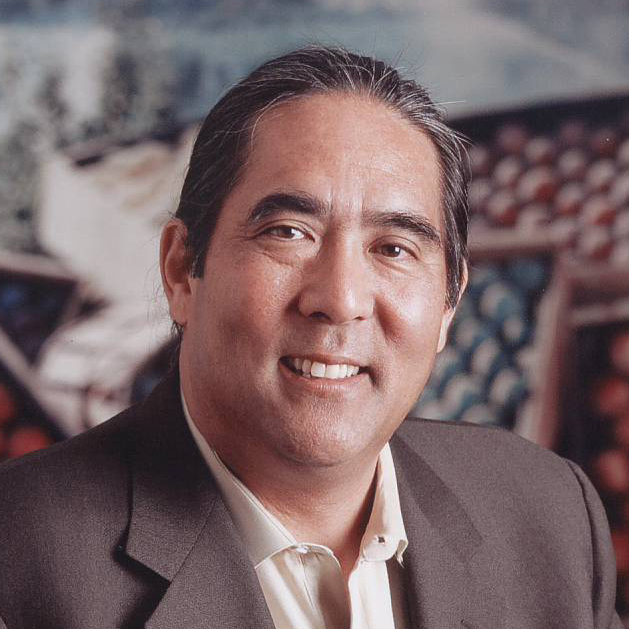 As an acknowledgment of the complexity of agricultural issues ahead of him, Gov. Newsom recently established a new agricultural liaison position. He appointed Bill Lyons, who was secretary for the Dept. of Food and Agriculture under Gov. Gray Davis.

“I know a lot of people are scratching their heads, going what does that mean?” said Barry Bedwell, president of the California Agricultural Leadership Foundation. “His job is really to communicate effectively with Governor Newsom on agricultural issues.”

Lyons has deep connections to agriculture across the state. He was close to water politics through his tenure on the board of directors for the Modesto Irrigation District. He also served on the state’s agricultural advisory board and won awards and recognition for his work on conservation. He was reportedly recommended for a seat on the State Water Resources Control Board by Sen. Dianne Feinstein to replace Felicia Marcus. Lyons accrued a working relationship with Newsom spanning decades.

“I've known him for quite a while, as mayor, as lieutenant governor and now as governor,” Lyons told Agri-Pulse. “I think he's really concerned about the valley and has made a real effort to meet with folks there.”

Several industry groups have welcomed Lyons’ appointment, seeing the position as an agricultural translator when it comes to policymaking.

In a statement from California Citrus Mutual, the trade association wrote: “The fact that Newsom created this position and appointed Lyons to it are positive indicators that agriculture will have more relevance to the administration than it has in the past eight years.”

Those who know Lyons best say he’s perfect for the role.

“He’s got a great breadth of knowledge,” Kawamura said. “I’m thrilled to see him back involved.”

Kawamura pointed out while the liaison position is new, Gov. Pete Wilson had appointed an agricultural liaison to the California Environmental Protection Agency to ensure the newly established agency represented interests across the spectrum.

With Gov. Brown, California established itself as an anti-Trump state, with nearly 50 lawsuits against the federal government on the books and more coming out each week. Newsom has carried that battle plan into his own administration, which brings the potential of escalating into agricultural areas, specifically with water.

As one of many direct challenges to Newsom, the Trump administration is seeking to fulfill a campaign promise of delivering more water to farmers through the federal Central Valley Project. The U.S. Bureau of Reclamation last month took action in that direction.

The bureau is under the U.S. Dept. of the Interior and the provisional leadership of David Bernhardt, a former lobbyist for the largest water district in California and the nation. Last month, the bureau released a proposed update to biological opinions codified into law a decade ago. If it clears the review process, the assessment would likely increase flows to valley farmers. Advocates say this approach would be more flexible, applying pulse flows as needed for ecosystems downstream while delivering more water to farmers in wet years and avoiding dry canals more often.

The assessment is currently under review by other agencies and the Newsom administration has not weighed in directly on the issue.

Newsom also recently signed an executive order establishing Lt. Gov. Eleni Kounalakis as California’s representative on international affairs and trade. The interagency committee she leads will reopen trade offices shuttered under previous administrations, the first being in Mexico. It is too early to tell how this elevation of trade relations will interplay with Trump’s new trade agreement with Mexico and Canada, which is awaiting congressional approval, or with Chinese tariffs on California’s agricultural exports. China purchased $2.3 billion in California agricultural products last year, while Mexico took in $1 billion.

This week’s Open Mic guest is Steve Censky, CEO of the American Soybean Association. After serving as USDA Deputy Secretary in the Trump administration, Censky is back in St. Louis serving the nation’s soybean farmers. Censky is encouraged with the nomination of Tom Vilsack to return as Ag Secretary and is confident with other names that will assume leadership roles at USDA and the Biden cabinet. Sustainability has long since been a focus of ASA and Censky says soybean farmers are encouraged about the opportunity to participate in the nation’s climate debate. Censky says ASA is ready to work with the Biden team on global trade opportunities and the nation’s energy policy and renewable fuels.
Listen Here