The 2018 farm bill officially recognizes urban farmers — from those with community gardens to those operating multimillion-dollar vertical farms — with the creation of both a new office and a research, education, and extension initiative.

The Agriculture Improvement Act of 2018 is not the first time a farm bill has recognized the importance of urban farming; the urban garden program during the Carter Administration allocated funding to the nation’s largest cities in an effort to empower local communities to grow their own food.

The 2018 farm bill, however, is unprecedented in that it calls on the ag secretary to establish a USDA Office of Urban Agriculture and Innovative Production and appoint a senior official to serve as its director. The mission of the new office will be to “encourage and promote urban, indoor, and other emerging agricultural practices,” focusing on things like community gardens and farms located in urban areas, on rooftops, and using technologies like vertical or hydroponic farming.

Nevin Cohen, associate professor at City University of New York’s graduate school of Public Health and research director at the Urban Food Policy Institute, says while some USDA funding has been available for urban farms over the years, “it is important that urban agriculture is recognized as important enough within the agricultural production sector to warrant an office. It recognizes that new technologies are emerging — aeroponics, hydroponics, aquaponics.” 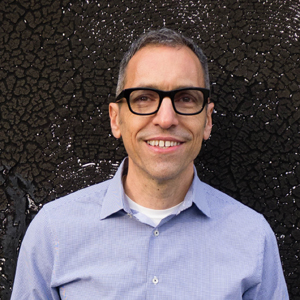 Urban agriculture is a rapidly growing, yet still very small, sector of the U.S. ag economy. According to Henry Gordon-Smith, founder and managing director of Agritecture Consulting, less than 1 percent of U.S. vegetables are currently grown by urban farms, but 20 percent of U.S. vegetables could eventually be grown in U.S. cities in community gardens, greenhouses, warehouses, shipping containers, on the rooftops of city buildings, and elsewhere.

Vertical farming alone, defined as the practice of growing food in vertically stacked layers, is growing at a rate of 24 percent a year, Gordon-Smith said. “The idea of policy leadership around this topic is spreading. Ten years ago, it didn’t even exist,” he said.

Gordon-Smith and others said that both policy and research around urban agriculture — whether at the federal, state, or local level — must respond to the rapidly developing, innovative entrepreneurial activity. Examples of these types of innovative urban farms include California-based Local Roots and New York-based Brooklyn Grange and Bowery Farming.

Sen. Debbie Stabenow, D-Mich., ranking member of the Senate Agriculture Committee, was a major force behind the urban agriculture provisions. Urban agriculture is growing rapidly in Detroit, as well as other cities, and sources noted that getting farm bill support from legislators in predominantly urban districts and states is easier if their constituents also benefit from the bill.

The committee is expected to help set up the competitive grants pilot project program, which is to increase compost and reduce food waste as directed by the farm bill. The grants can be awarded to urban farmers who operate a community garden or nonprofit farm, or educate a community on food systems, nutrition, environmental impacts, and agricultural production. Grants can also be made to help beginning farmers offset start-up costs.

One urban operation, the Huerta del Valle farm in Ontario, Calif, east of Los Angeles, already has benefited from both public and private grants, including a four-year, $400,000 USDA National Institute of Food and Agriculture Community Food Projects grant, which allowed the four-acre nonprofit farm, which is now in the process of expanding, to begin paying its volunteer staff. 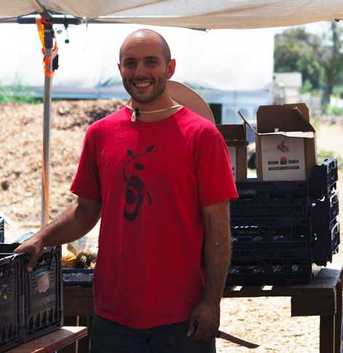 Huerta del Valle and other urban farms in California also benefit from state legislation, including the 2013 Urban Agriculture Incentive Zones Act, which allows cities and counties to provide landowners a tax incentive if they let their land be used for urban agriculture for a period of at least five years.

Other grants that benefit urban farmers are also available through the state. For instance, Huerta del Valle will receive $1 million in reimbursement funding over five years to compost waste under a multimillion cap-and-trade grant awarded to the city of Ontario. Levine plans to apply for a USDA loan so the farm can buy the $350,000 in equipment it needs to undertake the project and then repay the loan once the farm receives the grant money.

“The farm bill provisions create an opportunity for urban farms to tap into new sources of funding,” said Cohen. “Urban farms will be counted for the first time and having a designation as a farm makes it clear what parcels qualify for lower taxes” in California as well as incentives provided by other states, counties, or municipalities, says Cohen.

Rachel Surls, Los Angeles County’s sustainable food systems adviser at the University of California, agrees that including urban farms in the U.S. Census of Agriculture and giving each farm a number is a good first step for USDA. “We don’t know what urban farmers’ needs are, how many there are, or what their farms look like,” Surls says.

A recent study by graduate students at the University of California, Los Angeles that looked at urban farms in the county found that of the 1,261 verified urban agriculture sites, 761 were school gardens, 382 were commercial operations, and 118 were community gardens. The study also showed that the county’s urban farmers traveled 13.9 miles to distribute their goods, compared to 46.8 miles traveled by vendors of the Los Angeles County farmers market.

“Most of the products (sold by urban farms) are marketed as local and pesticide free,” Gordon-Smith said. “Local is becoming very popular with millennials; they want to buy products that contribute to the local economy.” Products are also marketed as sustainably grown or grown by family owned farms, he adds.

Urban agriculture also focuses on food equity and social justice, Surls says, but many of the newer high-tech startups that are interested in vertical farming are also interested in making a profit. Many urban farms are multidimensional in that they sell a portion of their goods at a low price in the neighborhood in which they farm and the rest at a higher cost to commercial ventures such as restaurants or grocery stores.

“The central issue in this space is education and training. New people are entering the space with no experience or knowledge of farming,” Gordon-Smith said. “This industry is moving so fast; it’s sort of like a Silicon Valley.”

The focus of USDA funding needs to be on helping existing urban farmers and new entrants gain the farming skills they need and as well as the marketing expertise needed to commercialize their products, sources said.

“It is really important for extension to refocus its attention on urban agriculture,” says Cohen. An office dedicated to urban agriculture can help do that.” In terms of implementation, USDA has not yet announced any timelines.

Correction: A previous version of this story noted $4 million in mandatory funding for a census on emerging agricultural production. The farm bill actually provided $10 million for the census.