Climate change and regulation of greenhouse gases are hot topics in Washington again, and Democratic presidential candidates are pledging to make them major issues in the 2020 election. That’s rekindling a debate about the role that farmers could be asked to play in reducing carbon emissions, and how growers could benefit.

The National Farmers Union adopted a resolution at its annual meeting last week that while purposely omitting the term “Green New Deal” — delegates thought that was too controversial — said “immediate and decisive action” was needed to address climate change.

“Farmers need to have a seat at the table as the new political frameworks to address climate change are being developed,” the resolution went on.

One possible framework has been tried before, and it demonstrated some of the potential promise and pitfalls for farmers: Two nationwide programs created more than a decade ago, one by NFU’s North Dakota affiliate, and the other by the Iowa Farm Bureau, enabled farmers to get payments in return for taking measures that would reduce carbon emissions — no-tilling farming, rangeland management, and planting trees.

The two programs, operated through the now-defunct Chicago Climate Exchange, or CCX, were set up ahead of a congressional debate over legislation that would have imposed caps on greenhouse gas releases from utilities and other companies and allowed them to offset excess emissions by buying credits from other sources, including agriculture.

“I like to think we were 10 years ahead of our time,” said Dale Enerson, who ran the program operated by the North Dakota Farmers Union. Encouraging farmers to improve soil health and become more environmentally sustainable were “exactly the thing we were trying to do, and coming up with a means to pay farmers to do it.” 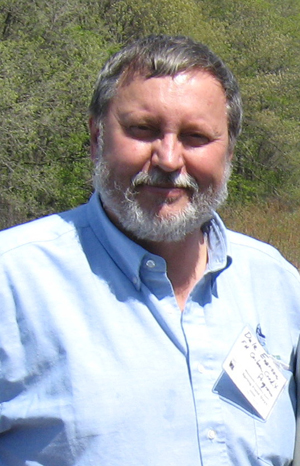 The programs folded after the cap-and-trade bill died in the Senate in 2009 but not before more than 10 million acres of cropland, rangeland and forest were enrolled in five- to 10-year contracts. The Iowa-based program alone had farmers enrolled in 31 states.

Major companies bought the relatively inexpensive credits on the CCX thinking they could bank them for use later after the cap-and-trade system was enacted. When the legislation failed, the market collapsed and the CCX shut down.

The programs also faced criticism from environmentalists who said the relatively short-term nature of the contracts meant much of the carbon would eventually end up being released into the atmosphere when the land was tilled again or the trees were felled.

Those programs are unlikely to be resurrected, in part because there is very little interest on Capitol Hill in debating the cap-and-trade approach again. But some of the lessons learned from the programs could apply to other private or government-based approaches to paying farmers for carbon offsets.

One of the challenges for the programs was the requirement for what was known as “additionality." The idea was that farmers qualifying for credits should have to do something to reduce carbon emissions beyond what they were already doing.

It was easy to see how farmers who switched to no-till farming would be storing more organic matter in their soil than they were when they were plowing every year. But what about farmers who were already doing no-till?

Under CCX rules, existing no-till farmers were allowed to qualify for carbon credits on the basis that they were contributing to carbon sequestration by signing a five-year or 10-year contract, said Dave Miller, who ran the Iowa Farm Bureau’s program, known as AgraGate. Participating producers had to repay all of the payments they had received for the credits if they tilled at any point during the contract.

The thought was if no-till farmers were barred from earning CCX credits, they would then have an incentive to temporarily till their land, releasing the stored carbon, and then return to no-till later to qualify, Miller said.

Another challenge for both programs was the issue of land ownership. Both programs offered credits to farmers who rented their land rather than the owner of the acreage.

But renters were sometimes reluctant to sign up because they couldn’t be sure they would be farming the same land for the entire length of the CCX contract. “We had a lot of guys who would say 'I’d sign up, but I don’t have any guarantee I’m going to farm this (land) for five years,'” Miller said.

But targeting landowners has its challenges, too. As much as 5 percent of land changes hands every year, and that means ownership on a significant amount of acreage would change within a five-year contract window, Miller said.

It remains to be seen what approach, if any, Congress will eventually take to reducing carbon emissions.

One alternative that could benefit farmers, according to Miller, would be to have USDA offer payments to farmers directly for carbon sequestration, something that could potentially be done through the existing Conservation Stewardship Program.

For the time being, NFU has focused on participating in a voluntary “ecosystem" credit program developed by the Noble Research Institute in Oklahoma with funding from several major food manufacturers. The aim of the system goes beyond sequestering carbon to include goals such as improving water quality and conserving water.

In contrast to a carbon tax, the Noble program has “got the possibility of providing real incentives for farmers as opposed to penalties for farmers,” said Roger Johnson, president of the National Farmers Union.