Lawmakers in 17 states across the West, Plains, and South are following Missouri's lead, proposing laws variously declaring beef, pork and poultry that isn’t from a slaughter plant “fake” and “misbranded.”

Missouri got the ball rolling a year ago when it banned the term “meat” from any products not from slaughtered animals. That law is still tied up in federal court, challenged on constitutional grounds, as state officials and plant-based meat makers negotiate a solution tolerable to both the state’s livestock producers and those wanting to sell alternative meats.

But Missouri's action helped prompt efforts in a host of state legislatures this year to prevent cultured and plant-based meats from being labeled as meat,

The Montana legislative proposal would also outlaw the use of “hamburger” and “ground beef” on meat alternative products. The Montana Legislature sent its version, the Real Meat Act, to the governor last week for an expected signature. Bills in Georgia, Nebraska, Oklahoma and other states also appear to be viable.

Nebraska legislators stripped their bill’s specific targets – “selling insect-based, a plant-based, or a lab-grown food product as meat” – from the bill as introduced and just made any such products subject to “any provision of the Nebraska Pure Food Act relating to the labeling, packing or packaging, or advertising of food."

Ansley Mick, director of state governmental relations for the Nebraska Farm Bureau, said despite the rewrite, “the intent was consumer protection,” and “the ag groups in Nebraska generally support what (the sponsor, Senator Carol Blood) is trying to do.”

Looking broadly at the state legislative proposals, “most of the proponents of these bills are very concerned about the livestock industry in their states,” says Jessica Almy, director of policy for the Good Food Institute, which promotes alternative meat products and is a principal opponent of the Missouri bill. The authors have advanced the bills “as a way of protecting ranchers” and livestock farms, she says. 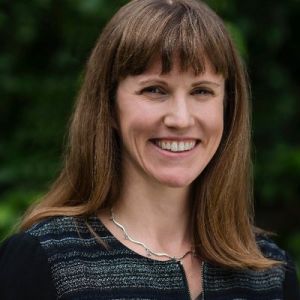 However, Almy says, “I think the states are really choosing a (legally) perilous path forward” with the label restriction bills. She points to the six meat labeling laws passed so far as copycats of the Missouri law and that law’s holdup in court. “It should put states on notice that there are significant constitutional problems with these laws,” she said.

Almy says labeling is an established form of “commercial speech, (which) is protected as long as it's truthful. There is no evidence that the government has a problem to fix,” she says, since consumers know and recognize veggie meat products on the shelf, and cultured meats aren’t even on the market yet. “Without a problem to fix, the government doesn’t have a right under the constitution to censor labels,” she says.

Plus, she points to the recent declaration by USDA and the Food and Drug Administration to jointly regulate cultured meats, and “it is very clear now that USDA is going to be regulating the labels for cell-based meat,” which, she says, will preempt related state meat labeling laws.

Lawmakers in some capitals are dealing with those caveats. Virginia Delegate Mike Webert, who raises Angus and Hereford cattle, says, “in Fauquier and Rappahannock counties we have a lot of cows, a lot of cattlemen.” Livestock owners requested his Missouri-like bill, which “was directed at the lab-grown stuff,” he says.

Webert said Virginia Assembly subcommittee members were aware of the court challenges to the Missouri law, and his bill faced various challenges, so the delegates handling it said “it wasn’t prime time” for his bill in this session.

“I plan on carrying something very similar next year,” Webert said, but his bill ensures that “when the feds come out with their (rules), we will revert to their definitions and rules.”

The quest: standard of identity

Just as FDA regulations list a standard of identity for milk as coming from a lactating cow, many livestock advocates want federal regulations to clarify that meat means products from slaughter animals. The U.S. Cattlemen’s Association, for example, is petitioning USDA to add those terms to its definition of beef.

To be sure, livestock owners aren’t alone. Rice growers and processors, led by the USA Rice Federation, included their own bid for a legal standard of identity in the labeling bill passed earlier this month in Arkansas, where about half the country’s rice is grown.

The Arkansas bill would prohibit the marketing of any “agricultural product under the name of another food,” and specifically forbid labeling any product “as rice when the agricultural product is not rice,” including, for example, arrivals in food stores such as cauliflower rice or a blend of lentils, chickpeas, peas and rice, called RightRice.

The point of the rice provisions, says Michael Klein, USA Rice vice president for communications, is not to quibble about names linked to the process of ricing vegetables or seeds — riced potatoes, riced parsnips — but to block sales of non-rice items as rice.

“We’ve been pushing the Food and Drug Administration for the better part of two years now to get a standard of identity” for rice, and the state laws may nudge FDA in that direction, he says. A similar bill was introduced this week in the Louisiana Senate.