Supreme Court may address CWA's treatment of groundwater — or not

Agricultural groups seeking to limit EPA’s jurisdiction over groundwater under the Clean Water Act are looking to a Supreme Court case for relief, but new developments in Hawaii could nix that opportunity.

In February, the court granted a petition from Maui County seeking review of a 9th Circuit Court of Appeals decision concluding the CWA covers wastewater from the Lahaina Wastewater Reclamation Facility that is injected into underground wells, where it is carried via groundwater to the Pacific Ocean.

Last month, EPA issued an “interpretive statement” saying the CWA does not cover such releases under its National Pollutant Discharge Elimination System (NPDES) program. Indeed, the agency said “the best, if not the only, reading of the CWA is that Congress intentionally chose to exclude all releases of pollutants to groundwater from the NPDES program, even where pollutants are conveyed to jurisdictional surface waters via groundwater.”

With five reliably conservative justices, the court could reasonably be expected to rule for EPA. But now Maui County wants to talk settlement with the four environmental groups that brought the original lawsuit, and their attorneys at Earthjustice.

A resolution introduced by Maui County Council Chairwoman Kelly King to have settlement proposals forwarded to the county council for approval was referred to a council committee last week, after King’s attempt to have the resolution considered by the full council failed.

At the meeting, she said, “Maui County should not be in that position to lead that charge,” according to a report in the Maui News.

Settling the case before the Supreme Court has a chance to hear arguments would end part of the controversy, keeping alive the thorny issue of whether discharges that travel through groundwater to a jurisdictional surface are regulated under the CWA.

Earthjustice attorney David Henkin would not discuss his clients’ settlement proposal — “it’s uncommon for folks to try and do settlement talks in the press” — but said he and his clients “really appreciate the new spirit” exhibited by newly elected Maui officials.

While “everyone would like to avoid a Supreme Court decision that sets bad precedent,” Henkin also said his clients, who include Hawaii Wildlife Fund, Sierra Club-Maui Group, Surfrider Foundation and West Maui Preservation Association, never wanted to go to court in the first place. They worked for four years to resolve the wastewater discharge issue before going to court in 2012.

The groups won in the district court, prompting the county to ask for settlement talks, which stalled as the case went to the 9th Circuit Court of Appeals, which upheld the decision. Now the Supreme Court has it, but that could change if the latest negotiations prove successful.

The April 15 “interpretive statement” — which EPA also has called “guidance” although it is not labeled as such — marks a reversal of the agency’s embrace of the “hydrological connection,” or “conduit,” theory, that NPDES requirements can apply when a pollutant released from a point source migrates to navigable waters through groundwater.

EPA took that position before the 9th Circuit, saying in an amicus brief written during the Obama administration, “Because Congress did not limit the term 'discharges of pollutants' to only direct discharges to navigable waters, discharges through groundwater may fall within the purview of the CWA.”

Now, however, under a new administration, EPA said, “Congress purposely structured the CWA to give states the responsibility to regulate such releases under state authorities. Other federal statutes contain explicit provisions that regulate the release of pollutants into groundwater to provide significant federal authority to address groundwater pollution not provided by the NPDES permitting program.”

The environmental and agricultural camps differ in their analysis of whether the Clean Water Act itself allows discharges like the one in Maui to be regulated. 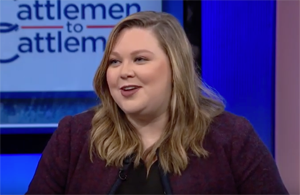 “The interpretive statement is consistent with both the text and congressional intent of the Clean Water Act,” said Mary-Thomas Hart, deputy environmental counsel at the National Cattlemen’s Beef Association. “While there are sections in the Clean Water Act where Congress directs EPA to manage or fund groundwater projects within a specific context, these are all nonregulatory sections.”

Hart said some members of Congress “attempted to add ‘groundwater’ to the regulatory framework but those attempts were shot down. If there were legislative history that contradicted EPA’s interpretation, we would see it in the Act.”

In comments on the issue submitted to EPA last year, dozens of farm groups, including the American Farm Bureau Federation, said “agriculture and many other industries rely on lagoons, basins, pits, and impoundments to support their operations. Many of those features do not currently require NPDES permits and are instead considered nonpoint sources of pollution. Under the ‘direct hydrological connection’ (or a comparable) theory, however, releases of pollutants from such structures could be regulated as point source discharges.”

But other CWA attorneys say the interpretation is a big break from the past.

Former longtime Justice Department attorney Stephen Samuels said it “represents a dramatic change in EPA's historical position” on groundwater discharges that reach jurisdictional waters. It also is “contrary to the litigation position EPA has consistently taken in cases involving such discharges,” he said.

“They’re creating a gigantic loophole in the Clean Water Act,” former EPA environmental attorney Mark Ryan, now in private practice in Washington state, said. He added the interpretive statement “could end up creating the perverse incentive of digging pits next to rivers and discharging into the pits.”

National Wildlife Federation lawyer Jim Murphy surmised that the administration's "real goal" in issuing the statement “may be to influence the (Supreme) Court and to give some states that don’t want to have a strong (NPDES) program a justification to roll back protections.”

Hart said the statement does not create a loophole. “The statement is limited to groundwater, and EPA clearly states that other subsurface discharges that make their way to jurisdictional surface water may be subject to CWA liability.”

EPA said because of the 9th Circuit’s Maui County decision and another decision in the Fourth Circuit that came to a similar conclusion on different facts, it would not apply the interpretive statement’s reasoning in those circuits, which include federal courts in 14 states.

Through selective application of its rationale, EPA said it is “simply choosing to maintain the status quo pending further clarification by the Supreme Court, after which time the agency intends to follow with notice and comment rulemaking.”