EPA appears to be going it alone when it comes to tackling the thorny issue of how to protect endangered species from pesticide applications.

The agency has released a document proposing new ways to determine when EPA should consult with the Fish and Wildlife Service and National Marine Fisheries Service on the effects of pesticides on endangered species, including the use of "real-world" usage data, according to EPA Assistant Administrator for Chemical Safety and Pollution Prevention Alexandra Dapolito Dunn. But neither FWS nor NMFS, the agencies responsible for implementing the Endangered Species Act, has signed off on it, raising questions about whether those agencies think EPA is on the right track.

“The reason this is really unfortunate,” says Jake Li, director for biodiversity at the Environmental Policy Innovation Center in Washington, D.C., “is that we’re finally at this moment in time where industry, grower groups and some (nongovernmental organizations) are working collaboratively to find some long-term solution to a workable pesticide consultation process. If you have one agency going off on its own and offering a document without the apparent endorsement of FWS and NMFS, it calls into question whether there was any collaboration.” He noted the 2018 farm bill requires the establishment of a federal interagency working group to tackle the consultation issue. The EPA document makes no mention of that group.

In a statement, EPA said it "had the lead role in drafting the document with input from FWS, NMFS and USDA." The new methods "will be used to make effects determinations during EPA’s registration review, which will, in turn, be used to inform the services’ biological opinions." The agency said, "We anticipate that the method may evolve over time as we continue to gain experience."

FWS, however, issued a brief statement appearing to contradict EPA. FWS said, "The draft revised method for national level pesticides evaluations was developed independently by the EPA. We are currently reviewing the document and will submit our comments on it during the comment period."

Li and Lori Ann Burd, director of the environmental health program at the Center for Biological Diversity, were both highly critical of EPA’s new methods. Scientists who consult for the pesticide industry were generally supportive of the agency’s efforts but said more work needs to be done. 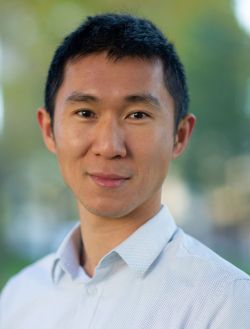 CropLife America did not offer specific comments on the substance of the new methods, but issued a statement from CEO Chris Novak saying it “has been working with farmers and conservationists to promote a science-based regulatory approach that ensures threatened and endangered species are protected, while providing farmers and public health officials the tools they need to feed and protect a growing population. We are still reviewing EPA’s proposed revisions and we look forward to submitting our comments.”

Bernalyn McGaughey, president of Compliance Services International and project manager of the registrant-funded FIFRA Endangered Species Task Force (FESTF), said the document “has made progress on the scientific front” by using methods long applied in risk assessments, but also cautioned, “We don’t know at this time” whether the services will accept the revised methods.

"The agencies need to keep trying because this is a very big monster to tackle," said McGaughey, who has been working at the nexus of FIFRA and the ESA since the mid-1980s.

Another consultant, Intrinsik senior vice president and senior scientist Dwayne Moore, called the document “a step in the right direction” but said it needs to be fleshed out with more detail. Intrinsik has worked with CLA and member companies on endangered species and pesticide risk issues.

“I think they left themselves a lot of wiggle room to deal with out-of-the-box-solutions,” he said. “Wiggle room is good in a lot of respects but it leaves a lot of question marks.”

The ESA requires federal agencies to consult with FWS or NMFS when any action the agency carries out, funds or authorizes may affect a listed species. If the action agency determines ahead of time that the action will have no effect on any listed species, and the service agrees, it does not have to continue consulting. If it determines the action is likely to adversely affect a species, then it has to engage in what is called formal consultation. FWS or NMFS — sometimes both — prepare a Biological Opinion (BiOp), which specifies how the action agency can avoid jeopardizing endangered species.

EPA and the services, with some input from USDA, have been trying to figure out how to make the Federal Insecticide, Fungicide, and Rodenticide Act and the ESA work together for decades, but their efforts intensified after a series of lawsuits were filed to force consultations on a number of high-profile active ingredients.

The results of those consultations have now become politically controversial, because Interior Secretary David Bernhardt has declined to release draft Biological Opinions prepared by FWS in 2017 on the effects of chlorpyrifos, malathion and diazinon on listed species. The draft BiOp on chlorpyrifos found the insecticide would jeopardize the continued existence of 1,399 listed species. Capitol Hill lawmakers have called for the Interior Inspector General to investigate Bernhardt for not releasing the BiOps.

To Burd, the document offers multiple paths for EPA to conclude pesticide applications will have no effect on listed species, thus avoiding consultation. She criticized EPA for saying it had taken “lessons learned” from its assessment of the impacts of chlorpyrifos, malathion and diazinon in developing the new methods.

“They haven’t learned any lessons because they haven’t implemented any Biological Opinions,” she said. 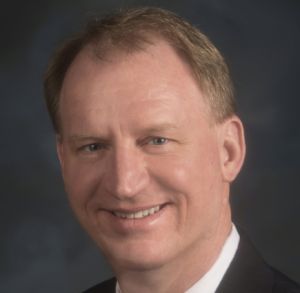 Moore, however, said EPA had “made it a little easier to identify species not at risk and waste further resources.”

Li, who has been working for years with industry groups to try to come up with a solution to the ESA-FIFRA conundrum, said the latest document is a stark departure from “interim approaches” developed by EPA, FWS, NMFS and USDA in 2015 and based on a 2013 National Academy of Sciences report.

“The action agency has gone too far in deciding on its own what actions don’t need consultation,” he said, referring to EPA. “This isn’t an evolution of the original ‘interim approaches’ but a transformation."

In particular, he took issue with EPA’s endorsement of the expertise of federal land management agencies such as the Forest Service.

“The gist of the proposal is that a nationwide pesticide consultation need not incorporate species that occur entirely on federal lands because a federal land management agency is already obligated to consult with FWS whenever it applies pesticides on those lands,” he said.

But he said he’s “extremely skeptical that federal land management agencies consult with FWS on the effects of their pesticide use. I’ve seen no evidence that this occurs with any regularity.” Burd agreed, saying it’s “just not true” that FWS and resource agencies consult on a regular basis on pesticide use.

McGaughey, however, said “it would be more efficient if you could rely on any (consultations) that exist that you know are of good quality.”

Li also was critical of EPA’s proposal to find “no effect” on species from pesticide use when the area where the pesticide is to be applied overlaps with less than 1 percent of a species’ range.

“The problem with this approach is that <1% overlap could, conceivably, still result in prohibited ‘take’ under the ESA in certain situations (especially if you consider how broadly take is defined). Further, 1 percent can be a lot of acres for a wide-ranging species.”

EPA has scheduled a public meeting June 10 on the new methods.