The total crop was lost. Jeff Rasmussen had never seen anything like it. Downy mildew had wiped out “hundreds, if not thousands,” of acres of organic onions in just five days. And today, organic farmers are waking up to find damage in tomatoes, too.

An agronomist and certified pest control advisor in Kern County, Rasmussen advises farmers on managing diseases in organic agriculture as well as on conventional crops.

Along with fungus on onion crops, bacterial speck and late blight have damaged tomatoes and defoliated their leaves, exposing the fruit to the sun on days when the temperature is rising above 100 degrees.

During wet periods, like the recent two-week span in the valley, the temperature is right, the host plants are available, the disease is present and “it ignites like wildfire,” said Rasmussen, referring to the fungal outbreaks

While organic agriculture refrains from synthetic chemicals, some organic fungicide products are available but work in a different way. If a thousand spores from a fungus have infected a field, a thousand microbes of organic fungicide are needed to combat them. But it can take two weeks to successfully combat the disease this way and those spores are multiplying about every five days during the wet weather. With the peak of harvest season, the current outbreak has come at a sensitive time for produce.

Downy mildew is challenging even under conventional practices. An onion grower could spray a treatment protecting the crop for 14 days. But at this time of year, those onions may have a foot of new shoot growth during that time. Coming back for treatment 14 days later, the spores on those shoots may have gone through three more cycles of growth. Similar problems could happen with inadequate coverage as well. 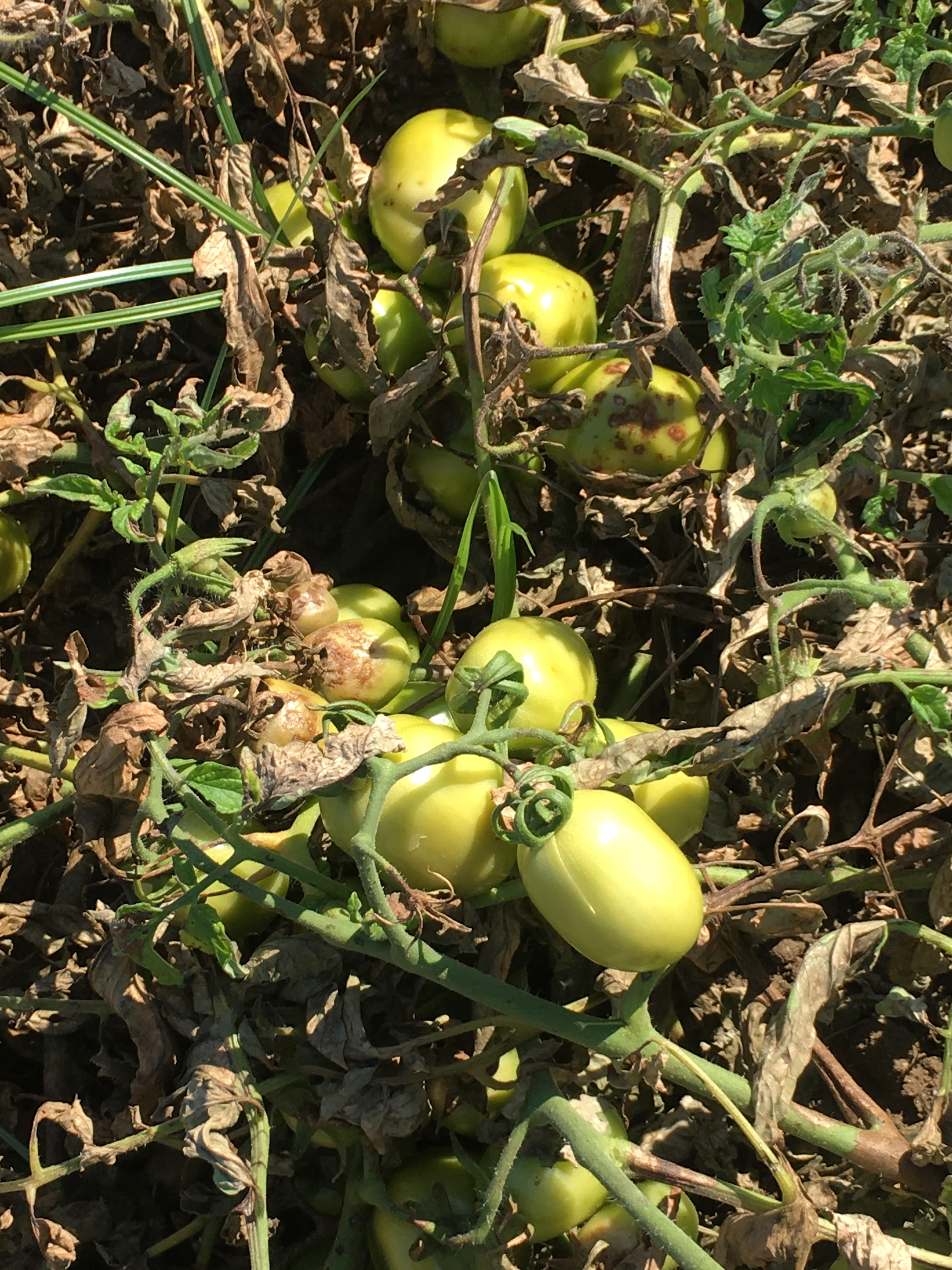 During times like this, more treatment may be needed. If it were a normal May, with little rainfall, less treatment would be needed, he explained.

“And that's what people don't understand,” said Rasmussen. “They have this perception that we’re spraying all the time,” instead of only when needed to protect a crop.

He compares pesticide use to buying a new set of tires. They may last 40,000 miles, but that depends on how you drive. For a cautious driver in summer, the tread may extend well beyond that estimate. Families traveling through mountains in winter, however, would want the protection of more tread.

“We put treatments on according to the need,” he said. Lately, the need has been high

“When the temperatures and the disease go unchecked by stronger pesticides,” he said. “Mother Nature comes in and just takes out fields. The disease will just flourish and go unchecked.”

Pest control in agriculture is a numbers game and, with fewer tools, the odds are more balanced in favor of disease, he points out.

Rasmussen fears these challenges for organic farmers are a peek into the future of conventional agriculture in California. The industry has had several reasons to be afraid because so many decisionmakers have no connection to what happens in a field.

The majority of the legislature increasingly represents urban areas and interests, and some growers fear the governor’s administration is realigning regulatory agencies towards environmental activism.

The state is also beginning the process of cancelling—for the first time—a pesticide product, chlorpyrifos, which has been regulated by the federal government. The California Environmental Protection Agency has confirmed it does not currently have plans to cancel other pesticides, though its departments are continually reviewing products. The agency has suggested to the legislature that the administration may decide on cancellations for “organophosphates, carbomates and fumigants.”

Within the Office of Environmental Health Hazard Assessment, the agency is reviewing glyphosate under the Proposition 65 listing. Last year, the California Department of Pesticide Regulation (DPR) published a risk determination on neonicotinoids showing that future mitigation may be needed to protect bees.

Fungicides have not been excluded either. With news stories warning of disease resistance, winemakers have voluntarily pulled widely-used products. The recent lawsuits over glyphosate may be leading to other chilling effects in the industry as well.