Farm groups: Trade aid is not working for California

The first of three tranches of aid payments to support farmers hit by retaliatory tariffs is set to go out in the coming weeks. Yet economists and farm groups say the $16-billion package is designed for Midwestern farmers and the amount that trickles over to California farmers will provide little relief, despite including more specialty crops in this round.

“We can't allow the midwestern crop producers to dominate the outcome to set the protocols going forward,” said Dave Puglia, vice president of the Western Growers Association, during a joint committee on international trade at the state legislature last week.

Produce growers have never had direct payment subsidies from the federal government, according to Puglia. 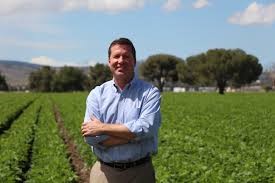 “We’ve never wanted them, for various reasons - mostly due to the stifling effect those have on innovation and competition,” he said. “So, we don't know how well this is going to roll out.”

In his testimony, Professor Daniel Sumner, an agricultural economist at the University of California, Davis, said the U.S. Department of Agriculture “doesn’t know the name and address of every grower in California, like they would for a corn grower or soybean grower.”

He added: “That means our growers have gotten much less, relative to the size of their losses.”

Agri-Pulse has learned the USDA is determining payment rates through statistical models that calculate the impacts on individual commodities and then compare those numbers to acres planted per county. Proposed rules are currently being reviewed by the Office of Management and Budget.

Puglia said the USDA is “creating the mechanisms on the fly.”

One hurdle for the 2018 Market Facilitation Package announced last summer was that it limited qualification to farmers with an adjusted gross income (AGI) of $900,000 or less. With California’s high-value crops, many operations exceeded that number.

The majority of almond growers were eliminated from the 2018 package because of AGI limitations, noted Elaine Trevino, president and CEO of the Almond Alliance of California in a letter sent to Rep. T.J. Cox, D-California on Monday. The latest USDA numbers indicate only 2,500 applications were filed with estimated payments of $14.5 million – that’s despite the fact that 70% of the almond growers are farming 100 acres or less.

“These family farmers are being penalized for growing a high value, higher cost crop, and have therefore been unable to access the full $63.3 million of damages as a result of the AGI limitation,” Trevino wrote. She requested that the balance – about $48.8 million - be rolled into the 2019 direct payment program so the industry can access the entire amount of designated damages. 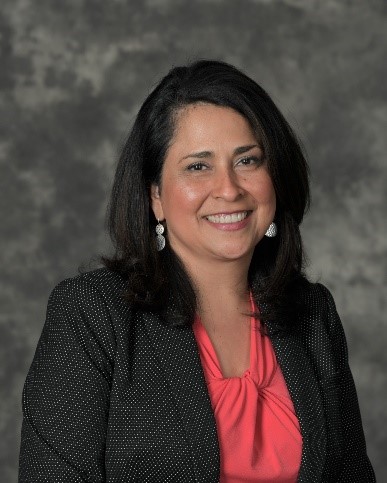 The new package will have a means test, but Secretary Sonny Perdue has not yet clarified what it would look like. The recently passed disaster bill exempted MFP from the $900,000 limit so long as 75% of the recipient’s income is from farming, but it left the $125,000 payment limit alone.

Perdue reaches out to California farmers on USMCA, trade aid
Daybreak: Pace of change in CA water is 'not up to the challenge'

“Adding those crops will help further buffer rural California from the impact of the trade disputes,” Johansson told Agri-Pulse, following the announcement for the aid package in May.

Yet the total aid package will be dispersed across 35 different commodities.

Western Growers President and CEO Tom Nassif pointed out that of the three programs in last year’s $12-billion trade mitigation package, only one had the potential to benefit the fresh produce industry. The $2.5 billion allocated for the Food Purchase and Distribution Program went to purchasing surplus fruits, vegetables and tree nuts, though it was unclear how close to market values those payments were.

Johansson and many other representatives from California ag have been spending a considerable amount of time in Washington with the administration lately, pushing for more of a presence in the trade aid talks.

“It's really the Midwestern farmers who are driving that, because they're more easily replaceable,” said Puglia. “Soybeans, corn, wheat can be produced in a lot of places in the world….. Almonds, pistachios far fewer places in the world.”

He added that every other grower in California would likely be able to export their goods to China as well, if given “a fair shot.” He called for a “West Coast imprint” on the resolution of the trade dispute with China.

Trevino, of the Almond Alliance of California, agreed.

“I go to these trade events and discussions with (Purdue) and the administration and you just see the Midwest's presence, and you see California’s presence,” she said. “You have three or four lobbyists for a state this big and it just infuriates you.”

The stakes are high for California growers. Beyond the deep impacts on commodity prices and the stunting of market growth—as reported in Daybreak West—the trade dispute has also disrupted valuable relationships.

“Those new agreements will only benefit American farmers if they haven’t permanently lost their relationships with foreign buyers,” writes Nassif in a recent blog post.

Puglia warned this will lead to more consolidation of farm ownership, as smallholder farmers will not be able to stretch their financial capabilities through the protracted trade war.

“We’re running out of time for most of our producers,” he said.