Four questions for the chair of the State Water Board

In the world of agriculture and conservation, the State Water Resources Control Board has been at the epicenter.

The Board upset farmers and Bay Area cities alike when it voted in December to proceed with the first phase of the Bay-Delta Plan while the parties worked through voluntary settlement agreements. Steering away from further controversy, Governor Gavin Newsom, soon after taking office, removed the Water Board chair, Felicia Marcus, and appointed Joaquin Esquivel to assume the role.

Esquivel recently spoke with Agri-Pulse about his experience coming into the role. He has been on the Board since 2017. He previously worked in federal water policy at the California Natural Resources Agency in its Washington, D.C., office and spent eight years as a staffer for U.S. Senator Barbara Boxer, a Democrat from California. Esquivel has family ties in agriculture going back to his grandfather coming to the U.S. as a bracero in the 1960s.

Esquivel discussed the Board’s decision making behind the December vote, as well as its pivotal work with agricultural interests in updating the state’s standards for wetlands protections in April.

1. What was it like taking over a position that has such a large influence on a vital resource in California yet faces intense pressure from many interests?

Not to diminish the role certainly, but it is just one seat of a five-member Board and in a state with such tremendous leadership around water management generally. Yes, the Board chair is an important seat.

In how we regulate water, I would say that we're uniquely a modern water regulatory agency. We have the administration of water rights—in quantity and quality, in our rivers, streams, lakes, estuaries and bays and also drinking water now. You look at other states and those regulatory responsibilities are parsed out into three different entities usually. To have it all here in one means we’re protecting water quality in headwaters, through streams, into our cities, through people's taps, out their toilets, to their wastewater systems back out to the environment and on its way. We are responsible for that life cycle on the regulatory side. In that as well, those waters are flowing through our agricultural fields.

The chair certainly is an important voice. But it's not nearly as important as the distributed capacity, leadership and thoughts that are the state. At best, I'm here to channel and synthesize all that great work and not feel too much like I'm the authority from on high who’s going to tell everybody what to do and how to do it.

There are some difficult calls and really tough issues in front of the Board certainly. I'm here to keep my own faith in the work we're doing, but more importantly the public's faith and their trust in what the Board does, to help people better understand their opportunities to engage with us. We're a huge public process entity. When you talk about the State Board, with our public meetings, we have to abide by rules where us, as Board members, can't engage freely on any of the issues, or even be in a room without a public notice. 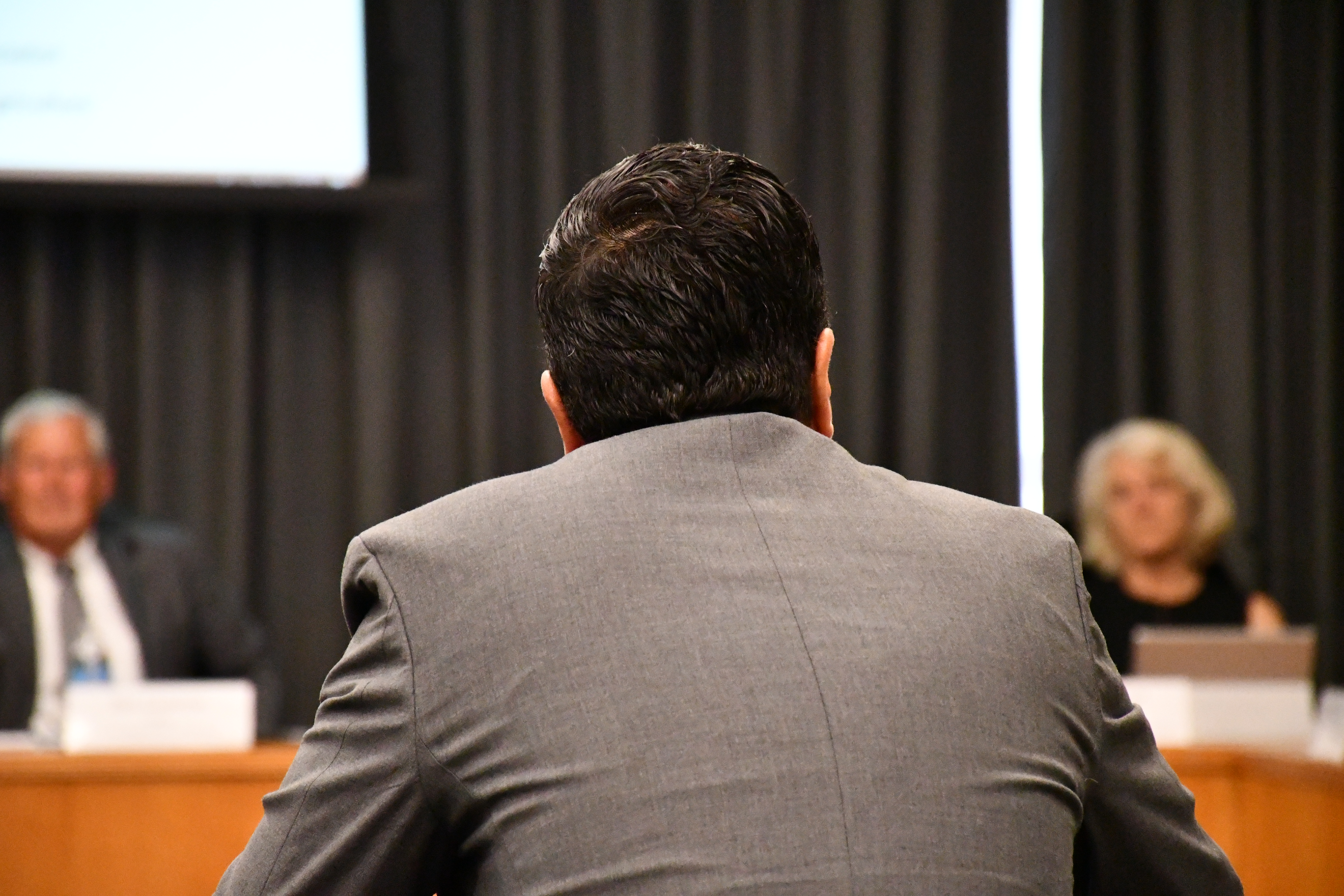 State Water Board Chair Joaquin Esquivel presenting to the State Board of Food and Agriculture.

2. What was it like working with agriculture in updating the definition of wetlands and the related procedures protecting those?

That means that we have a more engaged roll. If you just look at the federal Clean Water Act, ag is pretty well exempted from the majority of the programs. But if you look at our Irrigated Lands program, that's unique with the way we talk about the management of nitrates. We have CV-Salts (Central Valley Salinity Alternatives for Long-Term Sustainability) on the Regional Water Quality Control Board.

All these engagements with agriculture are difficult, but we know our partners in agriculture are incredible stewards of lands. There's an incredible pride that comes with multi-generational families that have been working the land and they take great offense to the assumption that they have been mis-managers of that land. But we can all agree that we're inheritors of a really complex system. And within that system, there's a lot of need for improvement.

If you look at the Clean Water Act and Porter-Cologne, those command-and-control regulatory structures have been very effective in cleaning up our waterways—cleaner than they had been before we messed them up to begin with. But what's left are issues, like with agriculture, that are nonpoint source pollution issues distributed across watersheds that require the coordination of many actors and many small practices that build toward improvements in water quality and watersheds.

When we talk about the health and quality of our water—in drinking water, water quality and water rights—ag is such a key partner.

California has its own ethic around agriculture. I know most of our growers want to be part of successful improvements in water quality and their watersheds. They know that their growing practices have large consequences on the health and viability of our watersheds. They want to be good partners. They just want to know how to comply.

I was fortunate in Senator Boxer’s office to have had the agriculture portfolio and work with ag for many years before coming to the Board. I know the incredible sophistication of our growers, of their increased understanding of the future of agriculture and how to continue to innovate to meet the challenges of pests, climate change and our impact on watersheds and the environment. I'm proud that the Board itself also has this growing relationship with agriculture that can still be candid.

Five questions for a veteran of ag and water issues
Beyond the water war, a collaborative approach gets state attention
With a grim outlook for salmon, California looks to upend the status quo in water policy

3. What would you say to farmers who are nervous about the state expanding regulations to resist federal policies by the Trump administration to relax standards? 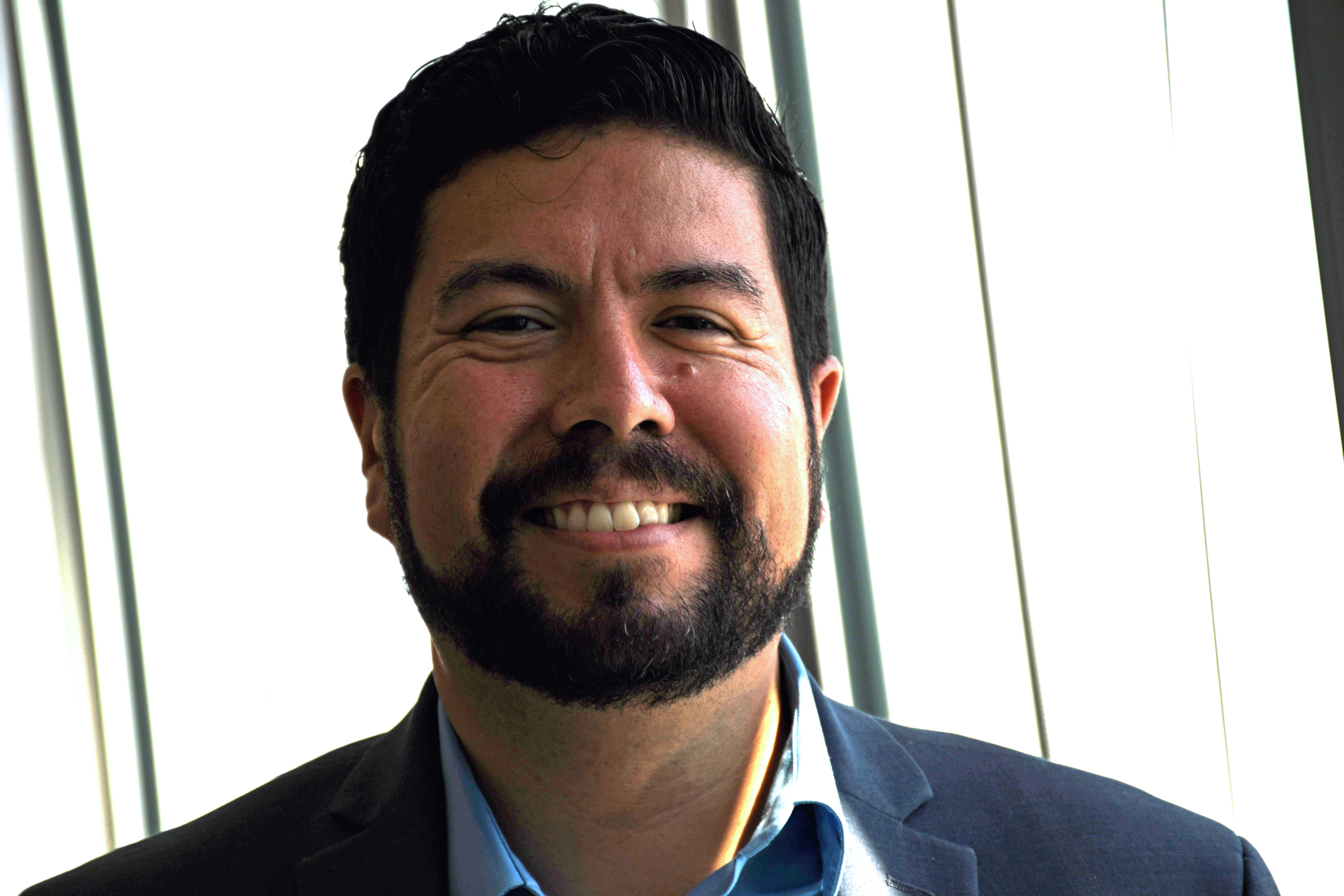 They make for good narratives: the punching between the Trump administration and the Newsom administration. It's easy to see the Board's action on wetlands as a direct response. We ourselves even said we're looking at the federal landscape and have to shore up our state program. But it's a low bar. I'm not looking at our regulatory authorities and saying, ‘How do I react to what the administration is trying to do?’ I'm more interested in isolating some of the politic of the administration.

Look at the agencies, the rank-and-file relationships that our staff have with the Bureau of Reclamation, with Army Corps, with U.S. Fish and Wildlife and all the entities that we deal with on this complex regulatory scale. Most of that work is a-political and isn't really a reactionary one. It's doing the common work that we do.

When it comes to wetlands, I felt we worked really well with ag. We rolled up our sleeves. Agriculture was not actually opposed. It's because we had honest conversations with them. Ultimately, it wasn't a response to the Trump administration. It was a decades-long effort.

4. What is your response to criticism in the ag community that the Board ignored the voluntary settlement agreements in the Bay-Delta Plan?

I think that's unfortunate…  What was on the table was a framework in December that still needed to be further fleshed out. (The Board) gave it its fair analysis and tried to finally bring these two processes together.

The Board was going to update the Water Quality Control Plan, which we've never swayed from. The last time it was updated was in 1995. I was in the eighth grade.

We're under obligation to do so. The question is: How are we going to do that? The Board was always very consistent that we have our authorities, and they're on the flow side of things. That's what our authorities can encompass.

Please do develop voluntary agreements that can be more robust. Try to come up with that better, more sophisticated package. But we need to update the Water Quality Control Plan. We can't not do it.

In December, the Board was ready to adopt what was the first part of a multi-part process. We still had to look at the Sacramento (River). We still had to look at the Delta. We're only setting water quality standards right now. It was based off a report that initially was requested from (the Department of) Fish and Wildlife, which said you need 60 percent of some of these flows.

We completed that phase and folks were very upset. They felt we needed to look at other things to try to have a more comprehensive approach. But again, our authorities were just on the flow side. After adoption, nothing happens the next day. These are just standards. We still need to develop a program implementation for how to meet those standards. And that's still years out.

At that point, we had delayed since August. We voted 5-0 to analyze the framework. Could we have had the Board not act or adopt something else? Well, there was nothing else to adopt. It was at best a framework, without the analysis, the work, the scientific peer review, the modeling, the data. But we were actually excited about it. The Board had continued to ask for a more comprehensive, more durable approach.

We needed to cap off what was at that point a decade-worth of staff time, staff work and public debate.

It wasn't a rejection. I'm sure if you asked folks in ag, they'll speak well of it now. They're cautiously optimistic that they can all come together, and so are we. But there's a lot of moving parts and it is going to be pretty complex.

Since the last time the Water Quality Control Plan was updated, the fisheries have gotten worse. We know they're not protective enough.

Let's all make sure those kids now in the eighth grade in 20 or 30 years don't find themselves with yet another moment when the systems are even further degraded, and climate change is breathing down our necks and making it harder to manage these ecosystems. We don't have any lead time at this point to really address these challenges in our watersheds, particularly with climate change, with crashing fish populations, with increasing needs from ag, urban and elsewhere.