California Secretary of Agriculture Karen Ross met with the California Cut Flower Commission board of directors to thank Kasey Cronquist for his service. Cronquist served as the CEO of the California Cut Flower Commission for the past 12 years. He has been named the president of the North American Blueberry Council and U.S. Highbush Blueberry Council, effective July 29. 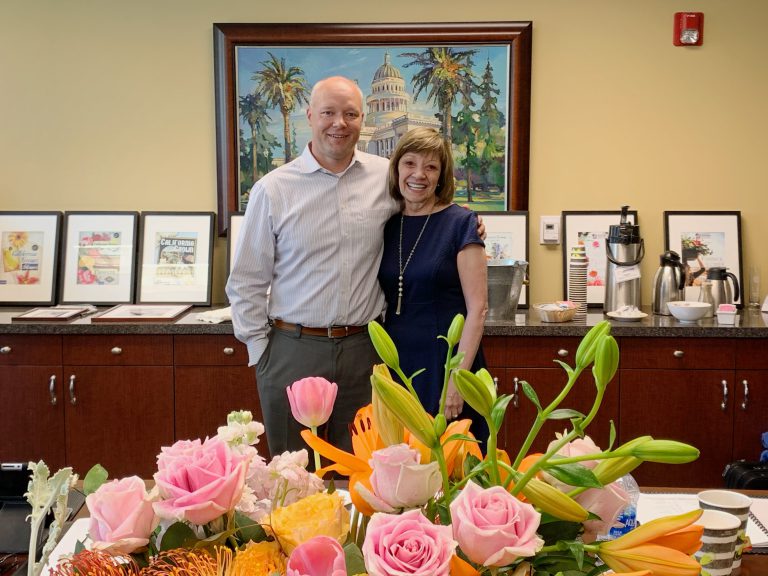 World Agricultural Outlook Board Chair Seth Meyer announced his departure from the organization effective July 13. Mark Jekanowski will serve as the acting board chair. Meyer was named chairman of the board in May of 2014 after joining the USDA Office of the Chief Economist as chief economist for domestic agricultural policy in 2013. Before joining the World Board, Jekanowski worked with USDA’s Economic Research Service, first as chief of the crops branch, and more recently as deputy director for the ERS commodity outlook program.

Aimpoint Research will bring on Mark Purdy to join the company as the new vice president. Purdy brings over 25 years of experience in strategic military leadership and most recently served as the director of war games at the U.S. Army War College. Purdy will focus on the company's competitive intelligence and thought leadership expertise.

Russell Stokes joins Mars Inc. in the newly created chief strategy officer position. He will be responsible for seeking out new business opportunities and creating products and services. Stokes comes from Whirlpool Corp. where he served as head of strategy and mergers and acquisitions.

Rishi Sahgal has left the office of Rep. Jerry McNerney, D-Calif. He covered the portfolio for energy, water, and agricultural issues. McNerney’s office has not yet hired a replacement, but Mike Stoever has taken over covering those issues. Sahgal has moved to Sen. Dianne Feinstein’s, D-Calif., office, working as an aide.

Meg Badame has left the office of Rep. Duncan Hunter, R-Calif., where she served as the deputy press secretary. Hunter’s office has not yet found a replacement.

Covering the animal portfolio as the new legislative assistant for Rep. Adam Smith, D-Wash., is Amanda Wyma-Bradley. She previously served as an intern in the office of Sen. Patty Murray, D-Wash.

Gabrielle Roesch-McNally joins the American Farmland Trust as the new director of the Women for the Land initiative. Roesch-McNally most recently worked as a fellow with the USDA Northwest Climate Hub. In this new position she will collaborate and help engage women who own and manage farmland and ranchland to help them protect and promote sound farming practices.