Prevented planting insurance claims could easily set a record this year despite lower limits on coverage imposed by the Agriculture Department because of concerns that growers were being overpaid in the past.

Assuming that farmers were unable to sow 8 million acres of corn, 3 million acres of soybeans, and thousands of acres of other crops, payments could reach $3.58 billion this year, well over the record $2.19 billion set in 2011 and the $2.17 billion paid out in 2013 when commodity prices were significantly higher, says Gary Schnitkey, an economist at the University of Illinois.

His estimate assumes average payment rates of $308 per acre for corn and $138 for soybeans and includes another $700 million for other crops. But he cautioned that the corn and soybean rates could be higher because relatively higher value land was affected by this year’s flooding in Illinois and other Midwestern states.

The Department of Agriculture took several steps to reduce prevent plant coverage after a 2013 report by the department’s inspector general found indemnities significantly exceeded farmers’ pre-plant costs and coverage factors favored crops such as corn over others.

"The prevent plant payments aren’t going to cause people to make a lot of income,” said Schnitkey.

When the Risk Management Agency reduced the prevent plant coverage level for corn to 55%, starting in 2017, RMA estimated that farmers’ pre-planting costs averaged 53% of the average cost of producing corn in 2010 through 2014.

Carl Zulauf, an economist at The Ohio State University, said pre-plant costs actually may have been lower this year for many corn growers who were unable to get into their fields to do fall tillage last year or to apply fertilizer this spring. If so, the prevent plant indemnities may exceed their pre-plant costs, he said.

Prevent plant indemnities for corn were sharply lower in 2018 compared to 2013, the year the inspector general’s report was released.

The reduction in the insurance coverage limit for corn likely “reduced the incentive to take the prevent plant option in 2018 but it is not the only factor that was changing in the prevent plant program,” said Zulauf, noting the lower insurance price.

It’s not clear how many prevent plant acres there will be this year, but Bill Northey, USDA’s undersecretary for farm production and conservation programs, recently said it could exceed 10 million acres, possibly breaking a record set in 2011, and indemnities could top $1 billion.

As of Monday, USDA had $191 million in claims related to prevented planting for this crop year, a $40 million increase over the week earlier. Some 282,125 policies sold this year had the 5% buy-up option, according to RMA.

Farmers who were unable to plant crops this spring also could receive disaster benefits for the same acreage. A disaster bill enacted in June authorized USDA to provide payments for prevented planting that would cover up to 90% of the crop’s value for acreage with crop insurance and up to 70% on uninsured land.

USDA hasn’t announced what the actual payment rates will be, but the money must come out of the $3.1 billion included in the bill for all agricultural disaster losses in 2018 and 2019, so Schnitkey expects payments for prevent plant losses to be minimal. “I’m pretty much of an opinion that that isn’t going to amount to much. They won’t have enough money,” he said.

However, farmers who sow cover crops on land they couldn’t plant to a commodity will still qualify for a payment under the USDA’s 2019 Market Facilitation Program, a key part of the administration’s plan to offset the impact on farmers of President Donald Trump’s ongoing trade war with China. USDA has yet to release the payment rates, which will vary by county based on the mix of crops a county grows. 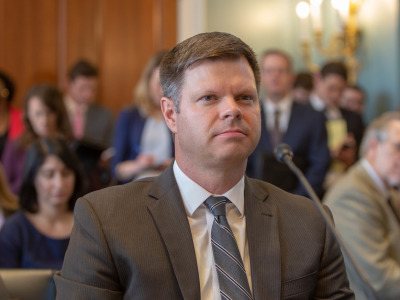 In adjusting the prevent plant coverage levels, RMA officials were seeking to ensure the rates were fair and would seldom need to be adjusted, said Brandon Willis, who served as RMA administrator when the 2013 inspector general’s report was released. That report recommended lowering the corn coverage factor from 60% to 50%. The agency compromised at 55%, based in part on RMA’s analysis of pre-planting costs.

So sensitive was the issue, that agency officials went over the planned adjustments with then-Agriculture Secretary Tom Vilsack.

It was also challenging in that commodity prices had been relatively high at the time the coverage limits were being debated. Input costs don’t change that much whether corn is $7.50 or $3.50 a bushel, he said.

“We tried to be as evenhanded as we could on setting the number,” Willis told Agri-Pulse of the coverage limit.

Coverage factors were left unchanged for some crops and went up for a few. The rate for potatoes went from 25% to 60%. Rice was raised to 55% from 45%.

The Trump administration announced in 2017 that it was eliminating the 10% buy-up option. The study done for RMA estimated that 46 percent of prevent plant indemnities were made on policies with that option. At the time, virtually no one opted for 5% buy-up.