Farm Hands on the Potomac: Fischer to depart House Ag

Bart Fischer is leaving Capitol Hill and heading to Texas A&M University to serve as a co-director of the Agricultural and Food Policy Center, effective Sept. 1. Fischer currently serves as Rep. Mike Conaway’s, R-Texas, deputy staff director and chief economist on the House Agriculture Committee. Fischer joined the committee in 2011 as the chief economist under then-Chairman Rep. Frank Lucas, R-Okla. During his time on the committee, Fischer helped craft the 2018 and 2014 farm bills.

Joel Baxley, assistant to the Secretary of Agriculture for Rural Development at USDA, has left the agency due to family reasons. Baxley’s last day at Rural Development was Friday. Misty Ann Giles is taking over the helm until a new undersecretary is appointed. Giles currently serves as the chief of staff of Rural Development, a position she has been in since February 2019. She first came to USDA in October 2017.

William Perry Pendley, deputy director for policy and programs at the Bureau of Land Management (BLM), has been appointed to serve as the acting BLM director. The Cheyenne, Wyo., native, previously served as an attorney to former Sen. Clifford Hansen, R-Wyo., and to the House Interior and Insular Affairs Committee. During the Reagan Administration, he served as deputy assistant secretary for Energy and Minerals of the Department of Interior. There, he authored President Reagan's National Minerals Policy and Exclusive Economic Zone proclamation. He also served as a consultant to former Secretary of the Navy John F. Lehman, Jr.

EPA administrator Andrew Wheeler appointed Ken McQueen of New Mexico to become the regional administrator for EPA's Region 6. He will oversee environmental protection efforts in the states of Arkansas, Louisiana, New Mexico, Oklahoma, and Texas and in 66 tribal nations. McQueen joins the agency after most recently working as the state of New Mexico Cabinet Secretary for the Energy, Minerals, and Natural Resources Department (EMNRD) from 2016 to 2018. Before this, McQueen worked as vice president of WPX Energy from 2002 to 2016. He also served as an adjunct professor in petroleum engineering at The University of Tulsa.

Devry Boughner Vorwerk, chief communications officer and corporate vice president of global affairs for Cargill Inc., has left the company after working there 15 years. Vorwerk was responsible for the company’s global branding, communications, corporate responsibility, sustainable development, and government affairs efforts. Her responsibilities are being divided, with Cargill’s government relations team reporting to chief counsel Anna Richo, and communications and corporate affairs operations reporting to Ruth Kimmelshue, head of business operations and supply chain. Vorwerk began her career with Cargill in 2004 as an Asia-Pacific region trade specialist. She then became the chief lobbyist in Cargill’s D.C. office and then left for a role as a policy adviser at Akin Gump Strauss Hauer & Feld. She came back to Cargill in 2016 to take over responsibilities in her most recent position. 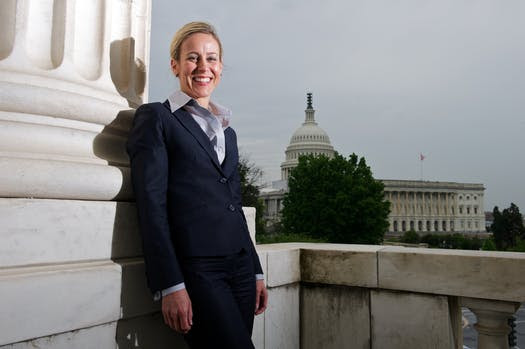 The CEO of the Illinois Soybean Association (ISA), Craig Ratajczyk, is no longer at the helm of the organization, as of August 1. The board is currently searching for a new CEO to take over. in the meantime Mark Albertson, current director of strategic market development for ISA, will serve as interim CEO until a successor is selected.

American Farmland Trust hired Michele Laur as the new Gulf Coast ecosystem restoration coordinator. Laur will be responsible for efforts in the Gulf restoration planning and activities related to agriculture, including assisting USDA with its restoration efforts. She has served over 20 years in federal service, including working for the Environmental Protection Agency, the Nuclear Regulatory Commission and the Department of Agriculture. From mid-2012 through December 2016, she was the senior adviser to the Secretary of Agriculture for USDA’s Gulf of Mexico restoration efforts.

Leslie Jones has joined the Environmental Defense Fund’s Ecosystems program in the newly created position of vice president for working lands. In her career, Jones has held senior positions at USDA, including deputy undersecretary and chief of staff for the Natural Resource and Environment division, which encompassed the U.S. Forest Service and Natural Resources Conservation Service. She has also served as general counsel at The Wilderness Society and chief of staff at Oceana. 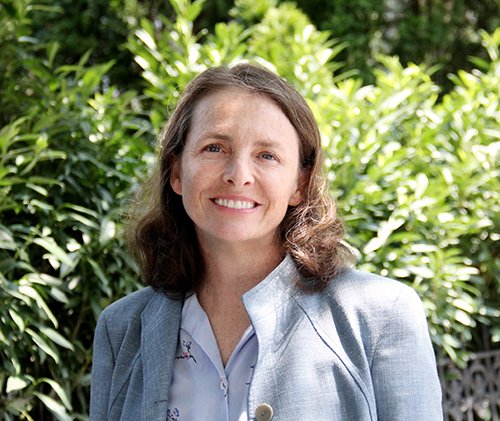 The World Food Prize Foundation announced Elsa Murano, current director of the Borlaug Institute for International Agriculture at Texas A&M University, has joined the council of advisers. Her responsibilities include reviewing, advising and guiding the World Food Prize leadership on their policies as well as the design and implementation of Foundation programs. Murano was appointed the director of the Borlaug Institute for International Agriculture in June 2012. Before that, she served as the dean and vice chancellor of Agriculture and Life Sciences at Texas A&M University.

North Carolina farmer Darren Armstrong has been elected to serve as the U.S. Grains Council’s new chairman of the board of directors. Armstrong was elected at the 59th Annual Board of Delegates meeting last week in Cincinnati. Armstrong has been farming for 26 years in Hyde County, N.C., currently producing corn, soybeans and wheat. Armstrong has been a Council delegate for five years and previously served as the Council’s Trade Policy Advisory Team leader in 2015 and 2016. The Board of Delegates also elected Chad Willis of the Minnesota Corn Research & Promotion Council to serve as secretary-treasurer, and Brent Boydston, representing Bayer Crop Science, and Josh Miller, representing the Indiana Corn Marketing Council, as two at-large directors. 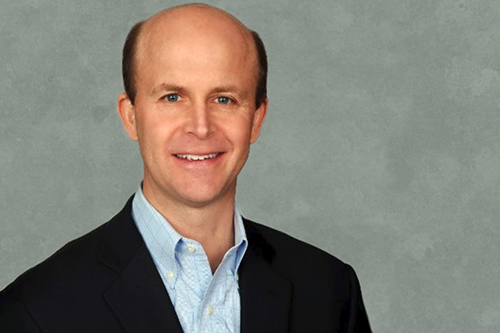 Turkey Hill tapped Tim Hopkins to serve as its new CEO. He succeeds John Cox, who is now serving as the chairman of the board of directors. Hopkins brings over 35 years of experience in the food and beverage industry, previously serving as the CEO of PLM Operations, the parent company of La Michoacana. Before that, he was president and general manager at Friendly’s Ice Cream. He also held several leadership positions at The Dannon Co., Bestfoods and The Pillsbury Co.

George Frahm, president of Stater Bros. Markets, announced his plans to retire from the company on October 31. Frahm has served over 47 years with the company. Greg McNiff, current president of the Portland division of Albertsons Companies, has been selected as Frahm’s successor and will report to CEO Pete Van Helden. McNiff started his grocery career in 1981 as a courtesy clerk for Albertsons and has worked his way up to positions such as District Sales Manager, VP of Operations, VP of Integration, VP Marketing, VP of Fresh Merchandising, SVP of Operations and SVP of Marketing/Merchandising. His career has spanned over 38 years, including 27 in the Southern California market.

Paul Scheid has joined Ocean Mist Farms as the new vice president of production, managing crops for the Salinas Valley, Huron and Oxnard production areas. He brings over 25 years of farming and production experience, and previously served as director of northern production supply for Laguna Mist Farms and Boutonnet Farms.

Brett Spader has been named the new president of Angus Media, effective August 12. Spader brings experience in livestock marketing, sales, and business and team development. He most recently served as executive director for the National Center for Beef Excellence.

Bryan Barsness has been hired by LinkFresh Inc. as the new vice president of sales in North America. Barsness brings over 12 years of experience in the industry with a focus on software and technology sales. He previously worked for Produce Pay, joining in May of 2017.

Ariel Marshall is now the legislative director for Sen. Jeanne Shaheen, D-N.H., she previously served as the senior domestic policy adviser. She covers the portfolio for energy, environmental protection, science and technology, and natural resources.

Robert Clark has been promoted to legislative aide from legislative correspondent for Rep. Doris Matsui, D-Calif. Clark will cover the portfolio for animal welfare and endangered species.

Rachel Walker is the new communications director for Rep. Michael McCaul, R-Texas. She previously served as the deputy press secretary for Rep. Rick Crawford, R-Ark., first joining his team in 2015.

Cameron Poursoltan has been promoted to senior legislative assistant for Rep. Michael McCaul, R-Texas. He covers the portfolio for agriculture and food, appropriations, environmental protection, natural resources, telecommunications and trade. Poursoltan has been in McCaul’s office since 2016.

Tejasi Thatte has left the office of Rep. Antonio Cárdenas, D-Calif. Thatte served as the deputy chief of staff and legislative director. Olivia Oo has taken over the role of legislative director; she covers the portfolio for telecommunications, technology, and animal welfare. Cárdenas’s office is not replacing the position of deputy chief of staff.

Conor Carney is the new legislative director for Rep. Lee Zeldin, R-N.Y. He comes from the office of Rep. John Rose, R-Tenn., where he served as senior legislative assistant. He handles the portfolio for trade, commerce, budget, and housing and urban development. He replaces Kevin Dowling, who has left Zeldin’s office to work for Venn Strategies.

Jason Gottesman is now the communications director for Rep. Fred Keller, R-Pa. He previously served as the director of communications for the Pennsylvania Republican Party.

Brian Piper is now the press secretary for Rep. Drew Ferguson, R-Ga. He previously served as a staff and press assistant.

Montana Miller is the new staff assistant for Rep. Nancy Pelosi, D-Calif. She previously was an intern for Sen. Dick Durbin, D-Ill., and is a recent graduate from the University of Washington.

Rep. Jimmy Panetta, D-Calif., hired Chris Garcia to serve as a staff assistant in his office. Garcia previously served as an intern in Panetta’s office.

Yianni Varonis is no longer the communications director for Rep. Zoe Lofgren, D-Calif. Lofgren’s office has not yet hired a replacement. 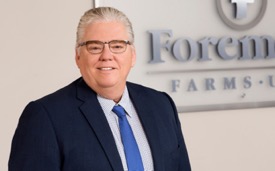 Michael Doyle announced he will retire as Foremost Farms USA President and Chief Executive Officer by the end of the year, wishing to spend more time with family. He was appointed President and CEO of the farmer-owned dairy cooperative in 2014. Foremost Farms is in the process of searching for a replacement. Doyle joined Foremost Farms in 2007 as senior vice president of finance and CFO. Prior to joining Foremost Farms, he held leadership positions with Creekstone Farms Premium Beef, LLC, and Land O’Lakes, Inc. Doyle is a board member of the International Dairy Foods Association, National Milk Producers Federation, National Cheese Institute, and the Innovation Center for U.S. Dairy.

Christy Lilja, executive director of the American Farm Bureau Foundation for Ag, passed away on Saturday after a fight with breast cancer. The Paw Paw, Illinois native, joined the AFBF accounting staff in Park Ridge, Illinois after graduating from Illinois State University in 1985. She relocated to the DC area when AFBF moved its headquarters in 2003, and served as the executive director of accounting and administration for a decade. In early 2018, she accepted the role of executive director of the American Farm Bureau Foundation for Agriculture. She served a 34-year career with AFBF, and will be remembered for her kindness, sensitivity, and generosity, as well as her loyalty, integrity, and tireless work ethic. Former AFBF Vice President Barry Bushue wrote on Facebook about Christy: “Such a huge heart and a seemingly unending compassion for those she loved and befriended. She will live on in the memories of the countless people she helped, supported and mentored. She will hold a special place in the hearts of those who were fortunate enough to be her friend.”