Since 1994, ag land values within the state have risen nearly 80%. During that same time period, California's 77.8% increase has been a few percent higher than the nationwide 75.25% increase. 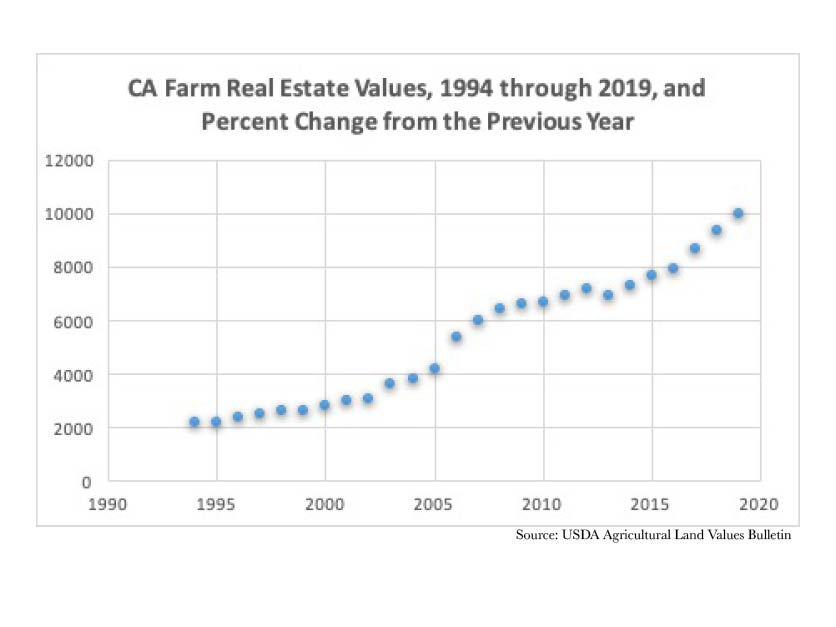 In the last 25 years, a steady increase in California farm real estate value has occurred. Only one year showed a decline: 2013's 4.35% drop in values took the average land value down to $6,900. That year, California was in the midst of a major drought that would later be declared a state of emergency in January 2014.

Across a variety of categories, California's value holds about two or three times higher than the national average. Land classified in cropland nationwide is valued at an average of $4,100 per acre. In California, that figure shoots up to $12,830. Pastureland tells a similar story, as the average nationwide price of $1,400 is just under half of California's average of $3,010 per acre.

California's size and product mix leads to a substantial agricultural footprint, accounting for over 13% of the nation's total agricultural value according to 2017 numbers provided by the California Department of Food and Agriculture.