California continues to lead the nation in farm receipts

The latest snapshot of California agriculture reveals that the 69,400 farms and ranches across the Golden State generated almost $50 billion in cash receipts from over 400 commodities in 2018, a slight increase over 2017, according to Karen Ross, Secretary of the California Department of Food and Agriculture.

“Exports for California agricultural products topped $21 billion for an increase over the prior year, as well,” she noted in the California Agricultural Statistics Review, which was published Tuesday. 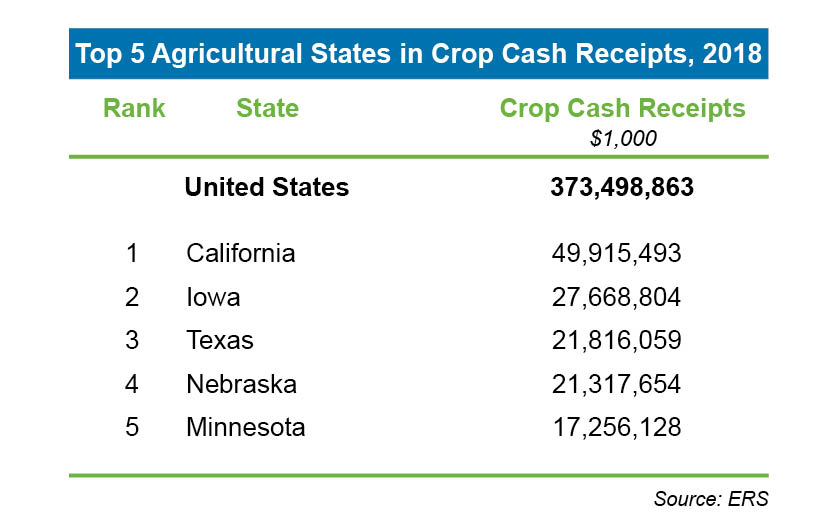 Fresno County - with hefty production of almonds, pistachios, livestock and table grapes - led the state in terms of value of agricultural production at slightly over $7.9 billion, a 12.6% increase. Kern County, which topped the list last year, was second in value of production with $7.47 billion, a 3.0 percent increase from 2017. Tulare County was third in value, with an increase of 2.3 percent in production to $7.21 billion.

California accounts for 40% of all organic production in the U.S. and organic sales continue to grow in the state. In 2018, sales of organic products in California totaled more than $10 billion, which represents an increase of 29% from 2017.

California’s top-10 valued commodities for 2018 are: