She launched her company out of Davis, California, in 2006 and led its IPO on the NASDAQ stock exchange in 2013. Marrone Bio has launched a dozen products marketed primarily to farmers in California, the Pacific Northwest and the Southeast.

Marrone spoke with Agri-Pulse recently on the state’s cancellation of chlorpyrifos and potentially more pesticide products, on policy barriers to the European market and on the next promising science on the horizon.

Pitts: We've had a good working relationship with DPR (Department of Pesticide Regulations), and I've always found folks to be accessible there. One of our challenges is in recent years the approval process has been very slow.

California is the only state that basically does a review process. It’s redundant with U.S. EPA. There are other states that do reviews, like New York and Florida. The longest those tend to go are about eight to nine months for a complete review. You can submit a new technical grade active ingredient or original product with California at the same time you do with EPA. They are supposed to have synchronized reviews. But what we've typically experienced has been even if you put in a concurrent review process, California doesn't move until EPA is completed with its registration process.

Pitts: …The thing that we're all curious about, too, is how this CEQA review process is going to play out and how much of a delay that's going to add. This court case (in December 2018) basically said that how they were doing their reviews wasn't sufficient to meet CEQA requirements…

Marrone: We've had good experience in the past, when they did concurrent reviews with EPA.

Pitts: One thing we don't have in California that you do have with the U.S. EPA is statutory deadlines in which the agency has to complete their registration review process.

Marrone: It can just go on unpredictably, which is very bad. Farmers have fewer tools because the rest of the country has tools way before California does.

Marrone: We've been asked to be a resource for both CDFA and DPR, to provide information about what are the alternatives when there's actions like (cancelling chlorpyrifos). We put together all the information we had. We have some very good bioinsecticides that are shovel ready and can be chlorpyrifos alternatives…

But we asked that there is a transition for growers, because they don't know about biological alternatives, or how to use them. We were very pleased to see that when they did ban chlorpyrifos, they asked the legislature for money to help farmers with the transition.

Pitts: A lot of the IPM (integrated pest management) systems that have been in use for 30 years were based on older chemistries. When you're asked to talk about alternatives, it's within that framework of an IPM system that has a backbone around organophosphates or carbamates.

What we need to see with the new tools available is how to work with registrants, with growers, with the extension system to build new IPM programs.

Marrone: There needs to be a new look at IPM, and that takes money. I'm on the board of the Foundation for Food and Ag Research and talking to NIFA (National Institute of Food and Agriculture) at USDA. There's a lot of funding for IPM. But it's often single-factor and researching one thing, like where the Asian citrus psyllid moves on the plant. But growers want systems integration. 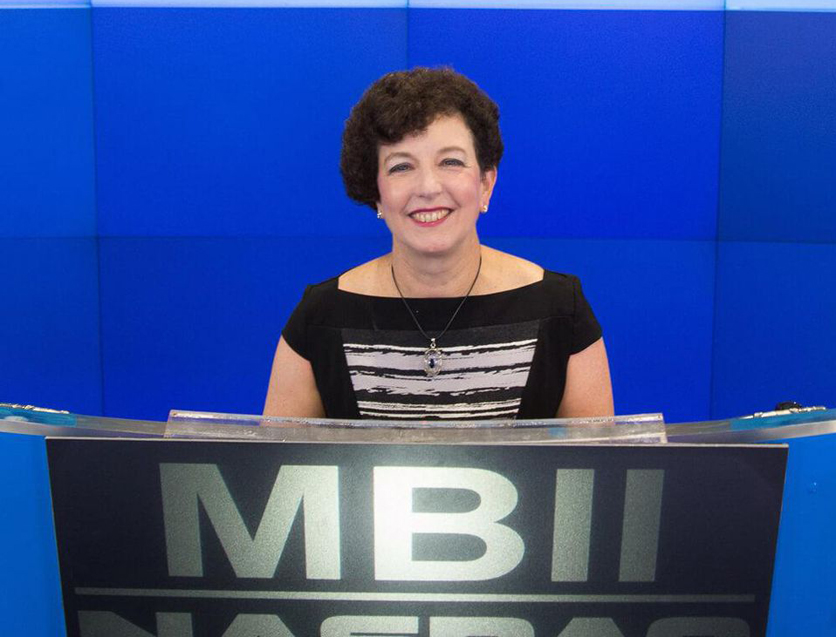 Marrone Bio held its IPO on the NASDAQ stock in 2013.

They're faced with all these startup companies coming to them with all ag tech tools, precision farming stuff. At the same time, you've got IPM changing dramatically to newer tools that act in different ways and more biologicals.

There needs to be a shift in thinking both at the land grant system and extension specialists, as well as with USDA.

Pitts: It's just not chemicals anymore. You need to look at all of these information technologies and soil and plant health.

Marrone: Soil health is the basis for all of this. There's a lot of talk about regenerative ag. But you can't just go there immediately. You’ve got to help farmers transition…

We're working on alternatives to glyphosate. But it's a challenging technical problem. It's still a couple years away from the market.

Pitts: But we've done enough work with it to know it's the first novel mode of action for an herbicide in decades.

Marrone: These things are gone in less than a day sometimes.

Marrone: If you look at ag research funding globally over the last decade, the U.S. is losing compared to other countries. China is heavily investing, if you look at the increase in dollars invested.

We have huge problems with obesity and cancer and all these health problems in the U.S. and a lot of that is diet related. Interestingly, NIH (National Institutes of Health) always gets a lot of money. But with USDA, relatively speaking, it's not a lot of ag research money…. Universities get hit and that's not good. There needs to be a commitment for significant research funding on a continuous basis.

Marrone: We are seeing biologicals more and more. What we push is what we call “bio unite.” Too often the mindset is either-or. They should be used together and they make each other better.

With almonds and naval orange worm, growers were not getting the control that they needed with chemicals… By adding (our product) Venerate to some of the lower-risk chemicals, we boosted the control from like 60% up to 90%. That's a 20-to-1 ROI for the grower… And that's because of the synergistic modes of action of biologicals plus chemicals.

Often we get pigeonholed into just being for organic. More than 70% of all biologicals used in California, and in the U.S., are actually used by conventional growers…

We're seeing lots of ag tech incubators and startups. It's a great time to be an entrepreneur in California. I'm coaching a number of them. There's a lot of interesting startups in robotics, precision farming, big data, biologicals, AI.

Pitts: Over the past 25 years, more than 500 new active ingredients have been approved in the U.S. Over that same period of time, Europe has less than 100 actives registered.

Of the handful of biopesticides they have available in Europe, those are pesticides that have been in the U.S. market for over 30 years…

It’s basically chemical focused. Every time we go in with a product, regurgitated back to us is all the chemical guideline studies that you have to meet… You take something like a plant extract and once you start getting down to what are the things active in that plant, you end up with having to register five chemicals…

Marrone: The growers are disgusted. They're lobbying heavily…

Pitts: There seems to be admission that the approach they have in place is inadequate.

Pitts: The important thing for all of us in California is to work together to get as many tools in growers’ hands as possible and information about how to use those tools.

Marrone: There's still relatively low awareness of biologicals, despite the fact that this is the state that uses them more than anybody. It's surprising.

I surveyed last year a number of grape and almond growers and it's like 54% have low awareness of biologicals.

Pitts: Looking at climate change, export markets, challenges around labor, we really need to have a good assessment of our future needs and a regulatory process moving hand-in-hand with investment in research.

Marrone: We're working on a new bio fumigate that we're excited about that will be great for California growers. We just did two years of demos and had fabulous results…

Pitts: And we're just scratching the surface on what microbes and fermentation technology can do… We're going to see a lot of research in how you can use those microbes and significantly reduce the amount of fertilizer put out. That's a good story and definitely going to help soil health in general.