The Senate Finance Committee is stepping up an investigation that has put a new focus on what lawmakers from both parties say is an abuse of conservation tax incentives that is costing the U.S. Treasury billions.

Several bills also have been introduced to curb the use of the tax deductions.

The committee wants to know whether environmental assessments on the land's conservation value were performed, and whether members of the partnerships received any advice about how to comply with state or federal tax laws. It also is focusing on potentially inflated land appraisals.

“Ultimately, when Congress makes an inquiry, it needs to be answered. It’s not optional,” said Finance Chairman Chuck Grassley, R-Iowa, and the committee's top Democrat, Ron Wyden of Oregon, in a Sept. 16 news release.

The subpoenas shine a spotlight on an issue that has received attention for years: the use of donated conservation easements to claim charitable deductions worth far more than the value of the original investment. About 60 million acres of land and water in the U.S. are protected by land trusts, and much of that is under conservation easements, according to a recent paper by American University Washington School of Law Professor William Snape III in Tax Notes Federal.

Critics, however, claim that some of the conservation values for the donated are exaggerated, and that partnerships containing unrelated investors are reaping big profits. Defenders of partnerships say they’re performing a valuable service by conserving biologically important lands for future generations and that legislation introduced in Congress to limit partnerships is an overreach.

The IRS estimates that “syndicated transactions” were able to claim close to $5 in deductions for every dollar invested in 2017. In a letter to then-Senate Finance Committee Chairman Orrin Hatch last year, the IRS said the average return ratio for the top 10% of syndicated transactions was 8.23, totaling about $8.9 billion on investments of $1.2 billion.

The Land Trust Alliance and other groups calling for reform of the tax incentive are pushing identical bills in the House and Senate that so far have seen no action. The bills, S. 170 in the Senate and H.R. 1992 in the House, would limit the return ratio for members of partnerships — with the exception of family partnerships — to 2.5 for three years, the level beyond which profits can be made.

The Land Trust Alliance sees the legislation as a way to curb “profiteering,”  said Lori Faeth, the group's government relations director. “Congress didn’t put a tax incentive in place for people to make a profit.”

Faeth notes that the Joint Committee on Taxation has estimated the bill would raise $6.6 billion in tax revenue.

Julia Doyle, a spokesperson for Steve Daines, R-Mont., an original cosponsor of the bill with Sen. Debbie Stabenow, D-Mich., said Daines is “working the bill through the committee process” and noted that the committee is still investigating. For its part, the committee has no timetable on when it will finish its investigation.

Daines “believes this bill is the solution to the abuses we’ve seen,” Doyle said. “We’re also working with the Joint Committee and Senate Finance on suggestions to strengthen the bill.” 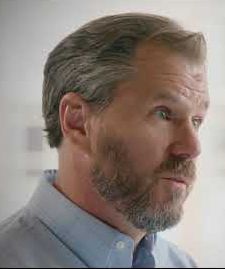 Not everyone thinks legislation is necessary. The Partnership for Conservation, which represents partnerships that donate land for permanent easements, says there are indeed abuses of the tax incentive, but they are limited in nature.

The legislation, P4C says, does not tackle the main problem, however: inflated land appraisals for the land being conserved.

“If abusive appraisals are at the core [of the problem], then deal with that,” says P4C President and Executive Director Robert Ramsay.

Ramsay also criticizes the focus in the legislation on partnerships. “They don’t seem to have a problem” with individuals, he says of the legislation’s sponsors.

Both P4C and Americans for Tax Reform also are critical of bill language going after deductions claimed after Dec. 23, 2016.

“Such an effective date would disallow deductions for donations made as far back as January 2016 — more than three and a half years ago,” ATR President Grover Norquist said in a letter to the Senate Finance Committee. “ATR believes there is no basis for a retroactive change, especially since the conservation easement deduction has been reaffirmed and strengthened by Congress in recent years.”

Ramsay points to the August article by Snape in Fiscal Notes Federal, which concludes that contrary to critics’ claims, the easements are protecting valuable natural resources. An analysis of about 200 biological baseline reports, which are required for all conservation easements that seek the tax deduction, show that “81 percent of examined conservation easements left an important natural resource unexploited [and] 80 percent had active habitat management regimes.”

Snape says the bills “would place limitations on who could claim federal tax deductions but would do nothing to improve and clarify appraisal standards on what qualifies to receive the nice federal deduction.”

LTA’s Faeth says, however, that the “legislation is narrowly crafted to target the abuse” of the tax incentive and “Congress has already taken action to deal with appraisals.”