When House and Senate negotiators sit down in coming days to start writing the final version of a new farm bill, they will find that many of their sharpest differences will be over how far they should reshape and fund conservation programs.

The conservation sections (Title IV) of the bills that passed the House and Senate last month are likely to be the most difficult parts of the legislation for negotiators to resolve outside of the nutrition title, said Dale Moore, vice president for public affairs with the American Farm Bureau Federation.

The House bill would increase the acreage limit on the Conservation Reserve Program by more than 20 percent, a top priority for hunters and the House Agriculture Committee’s top Democrat, Collin Peterson. The bill also would eliminate the Conservation Stewardship Program to bolster other conservation programs and programs outside the conservation title.

The Senate bill, on the other hand, is “more evolutionary,” said Moore. It would trim but preserve CSP and the Environmental Quality Incentives Program while increasing CRP modestly, from 24 million acres to 25 million acres.

Senate Agriculture Committee member John Thune, R-S.D., tried unsuccessfully to increase the CRP limit in the Senate bill closer to the House bill and now says he hopes to work with the House negotiators to get a higher cap than the Senate has.

The Senate authors kept all the savings from CSP and EQIP within the conservation title, mainly to shore up two other programs, the Agricultural Conservation Easement Program and Regional Conservation Partnership Program. 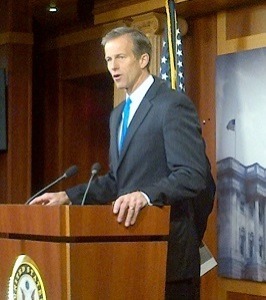 Beyond those broad differences the bill’s conservation titles also diverge on many important details.

The Senate bill, for example, would make weather variability a rationale for funding under both EQIP and CSP, and the measure includes several enhancements to CSP designed to improve water quality. For example, the bill would increase CSP payment levels for cover crops, resource-conserving crop rotations and rotational grazing, and provide assistance to farmers for developing comprehensive conservation plans.

The House bill adds a limited version of the current CSP contract to EQIP and eliminates the current requirement that 60 percent of EQIP funding go toward livestock operations.

The House bill would provide more money for RCPP than the Senate version, but the Senate version would provide more flexibility for new projects, said Callie Eideberg, senior policy manager for the Environmental Defense Fund. EDF is currently partnering with Smithfield Foods in a RCPP-funded project aimed at improving the sustainability of pork producers’ grain supply.  “The House and the Senate both do good things for RCPP. The Senate just does a lot more,” she said.

Among other things, the Senate bill would make land trusts and conservation districts eligible for RCPP projects. Both bills would allow exceptions to the five-year limit on RCPP projects.

The House bill would increase funding for Voluntary Public Access, which helps state and local government provide access to private land for hunting, fishing and hiking. The program, which was funded at $40 million over five years under the 2014 farm bill, would get $50 million over the next five years under the House bill. The Senate bill would earmark $40 million from EQIP for the program.

There also are some key differences between the House and Senate bills outside the conservative title that deal with the environmental impact of farming practices.

The Senate bill includes provisions of the Ag Data Act cosponsored by Thune and Amy Klobuchar, D-Minn., that would require USDA to make data available to researchers on farming practices and crop yields. The idea is to produce research that can show what impact practices such as cover crops or crop rotations have on crop production. 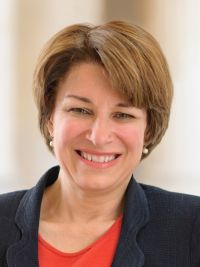 The provisions are intended to protect the confidentiality of individual farmers’ data, but House negotiators will likely have to be convinced the data can’t be used against producers.

The Senate bill also would authorize USDA to provide crop insurance premium discounts to farmers for adopting conservation practices that are shown to reduce risk. The House bill doesn't have that provision.

Here is a look at key conservation provisions in the House and Senate bills.

The Senate bill would raise the CRP cap to 25 million acres by capping rental payments at 88.5 percent of local land rental rates.

House bill: Merges CSP into the Environmental Quality Incentives Program but provides for a more limited version of the existing CSP contract, which would be limited to 50 percent of EQIP Funding. Eliminating CSP as a standalone program would save $12.6 billion over 10 years, with nearly $7.7 billion being used to expand EQIP. Another $3.5 billion would go into RCPP and the Agricultural Conservation Easement Program.

Senate bill: Reduces the acreage cap on CSP to 8.8 million acres a year, down from the existing limit of 10 million acres, saving $1 billion over 10 years. The bill incorporates elements of the GROW Act, cosponsored by Sens. Joni Ernst, R-Iowa, and Sherrod Brown, D-Ohio, to provide more incentives for addressing water quality problems. The bill would increase payment levels for cover crops, crop rotations and rotational grazing. The bill also would authorize payments to help with the cost of developing comprehensive conservation plans.

Wildlife: The Senate bill would require 10 percent of EQIP funding to go toward practices that benefit wildlife, up from 5 percent in current law and in the House bill.

Both bills would boost funding for ACEP, which was created by the 2014 farm bill to merge the old Wetlands Reserve Program, Grassland Reserve Program, and Farm and Ranch Land Protection Program.

Funding: The Senate bill would provide $200 million per year for RCPP, double the existing funding level, and requires USDA to make available 7 percent of the funding from CSP, EQIP and ACEP each year. The House bill would increase RCPP funding to $250 million a year but eliminate the earmark from other programs.

Both bills provide some additional flexibility to RCPP agreements but the Senate bill would go farther than the House measure. The House bill would expand eligibility activities to include resource-conserving crop rotations and protection of drinking water sources. The Senate bill includes drinking-water source protection as well as soil health and drought resilience. Conservation districts also would become eligible partners for projects under the Senate bill.

Both bills would provide some flexibility in the five-year limit for RCPP agreements and would allow for renewal of agreements. There is currently no provision in RCPP for renewals.