10/02/19 6:00 AM By Hannah Pagel
KEYWORDS Advisory Committee for New and Beginning Farmers and Ranchers America’s Pig Farmer of the Year Department of Interior NASDA National Bio and Agro-Defense Facility secretary of agriculture usda

President Donald Trump has nominated Katharine MacGregor to be the deputy secretary of the Department of the Interior (DOI). MacGregor is currently serving as the deputy chief of staff exercising the authority of the deputy secretary. She has served as the principal deputy assistant secretary of lands and minerals management, and before coming to the DOI she was on Capitol Hill for 10 years on the House Natural Resources Committee … Interior Secretary David Bernhardt has signed a secretarial order to redelegate authority for vacant, non-career positions. The appointments are as follows: deputy secretary to Kate MacGregor; solicitor to Daniel Jorjani; director of the Bureau of Land Management to William Perry Pendley; director of the National Park Service to David Vela; and director of the U.S. Fish and Wildlife Service to Margaret Everson.

Christy Seyfert is set to join the American Soybean Association Oct. 21 as its new executive director of government affairs, completing a transition of the organization’s lobbying efforts to in-house staff. Seyfert comes to ASA from her most recent stop at Zurich North America, but her resume also features stops at Wells Fargo and Michael Torrey Associates as well as time working for the House and Senate Ag Committees. Seyfert will lead an office that will include Hanna Abou-El-Seoud, who will handle trade and international policy, Renee Munasifi, who will focus on biotechnology, crop innovation, and regulatory policy, and Wendy Brannen, who will lead ASA’s policy communications. All three come to ASA from Gordley Associates, the lobbying firm that previously handled ASA’s government affairs efforts in Washington. 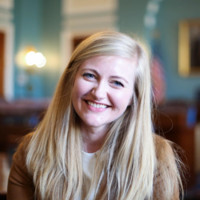 Anne DeCesaro is leaving the House Ways and Means Committee, where she served as the staff director for the Worker and Family Support Subcommittee for Rep. Adrian Smith, R-Neb., to begin a new job at USDA in the Office of the Undersecretary for Food, Nutrition, and Consumer Services. In 2015, she was the lead staffer on the House Agriculture Committee Subcommittee on Nutrition.

Kate O’Connor is now the chief counsel for Rep. Bob Latta, R-Ohio, on the House Energy and Commerce Subcommittee on communication and technology. She previously served as a congressional liaison for the National Telecommunications and Information Administration.

Olivia Hodge has been promoted to communications director for Rep. Lois Frankel, D-Fla. She previously served as Frankel’s press secretary.

Catherine Costakos has left the office of Rep. Blaine Luetkemeyer, R-Mo., where she served as communications director. Replacing her is Georgeanna Sullivan, who currently works for Sen. Mitch McConnell, R-Ky., in the Senate Republican Majority Leader Office as deputy press secretary. Sullivan's first day in Luetkemeyer’s office is Tuesday, October 8.

Chelsea Erin Brown has left the office of Rep. Jodey Arrington, R-Texas, where she served as chief of staff. She is being replaced by John Porter, who previously served as Rep. Kevin Brady's, R-Texas, legislative director and deputy chief of staff. Porter also previously worked on the House Agriculture Committee as a legislative assistant to Rep. Frank Lucas, R-Okla.

Catherine Knowles has left the office of Rep. Kay Granger, R-Texas, where she served as chief of staff. Replacing her is Suzi Plasencia, who previously served as legislative director. Plasencia covers the labor and appropriations portfolio.

Claire Borzner has left the office of Rep. Mike Doyle, D-Pa., where she served as a legislative assistant covering the energy and environment portfolio.

Halie Craig has left the office of Sen. Pat Toomey, R-Pa., where she served as a legislative assistant covering the trade, labor, and education portfolio. Craig now works for Facebook as a product policy associate manager.

Jessica Wharton has left Gordley Associates and the American Soybean Association, where she served as the state policy and communications coordinator. Beginning Oct. 14, she is starting a new role with Farm Journal Foundation, leading its communications efforts in Washington, D.C.

Lucas Lentsch has joined Dairy Management Inc. as the executive vice president of the United Dairy Industry Association. In this newly created role, Lentsch will oversee work across the state and regional system to optimize execution and evaluation of the Unified Marketing Plan. Lentsch previously served as the South Dakota Agriculture Secretary and most recently served the past three years as the CEO of Midwest Dairy.

Molly Pelzer now serves as the CEO of Midwest Dairy. She has been with the organization since 1984 and most recently served as the chief experience officer.

Alfonso Clavijo has been appointed as director of the National Bio and Agro-Defense Facility, effective Oct. 13. Before his appointment, Clavijo served as laboratory executive director of the Canadian Food Inspection Agency's National Centers for Animal Disease. He has also directed the management of biosafety level (BSL) 2-4 facilities that allow for the contained study of pathogens that cause foreign animal diseases, including foot-and-mouth, African swine fever, classical swine fever and highly pathogenic avian influenza. 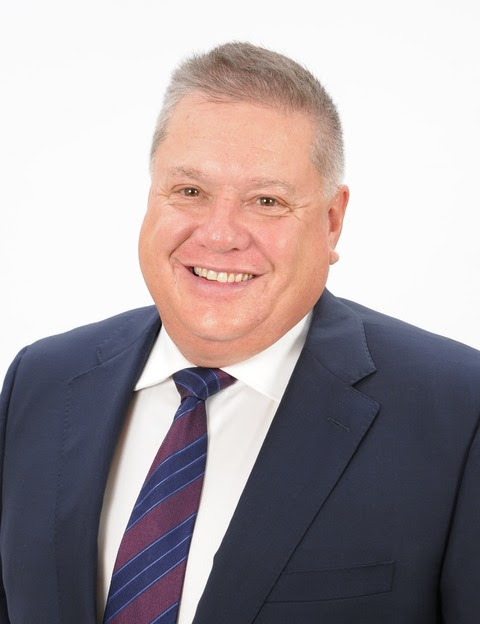 Anuvia Plant Nutrients has hired Michael Hoger as its new vice president of sales for agriculture. Hoger comes to Anuvia from HELM Agro, where he served as national sales manager. He has also led sales, agronomy and marketing initiatives for crop protection and seed brand portfolios for DuPont Crop Protection and Pioneer Seed.

Chris Hoffman has been named America’s Pig Farmer of the Year for 2019-2020. The award is given to an individual who exemplifies industry leadership, raises hogs following the We Care ethical principles, and connects consumers with farmers to help them learn more about where their food comes from. Hoffman is a pig farmer from McAlisterville, Pa.

Archer Daniels Midland Rice President Christian Bonnesen announced he will retire Oct. 31 after more than 40 years in the U.S. and international rice industry. Bonnesen started his career working for the Continental Grain Company. In 1999 he founded ADM Rice, and in 2004, Bonnesen spearheaded the acquisition of a California rice mill to add to the ADM Rice portfolio. In his career he served on the USA Rice Board of Directors, the USA Rice Millers' Association Board of Directors, and the USA Rice International Trade Policy Committee.

Tom Tracy unexpectedly passed away due to health complications at the age of 47. Tracy joined Farm Credit Illinois (FCI) in 2009, and in 2015 he was named president and CEO. Prior to joining FCI, he worked 20 years in banking and served as a senior officer and board member of a publicly traded financial institution. Condolences may be offered online at www.morganmemorialhome.com.