Corporations and organizations looking to serve the nation's farmers and ranchers are exploring a new pool of candidates to fill their open positions: students with backgrounds outside of traditional production agriculture.

The challenge is making ag careers enticing to job candidates who don't have a farm background.

Annual jobs available in agriculture are outpacing the number of college graduates with corresponding degrees, and that has prompted recruiters to look for candidates from cities and suburbs. Some 35,400 new U.S. graduates with ag degrees are projected to fill 57,900 annual positions within the next year, according to a USDA-funded study by Purdue University. That leaves 22,500 jobs still available.

Allen Featherstone, who directs the agricultural economics department at Kansas State University, said the national trend is “fairly flat” in terms of the number of students majoring in ag fields. “The big shift is we do see a declining number of individuals from rural areas and do see a little bit of an increase in those from non-rural areas,” Featherstone said.

Mark Stewart, president and CEO of the Agriculture Future of America organization, told Agri-Pulse recent “Generation Z” graduates are often eager to make a difference in the world. “It is about that, more than salary and some other things,” Stewart said. “Although those things matter, it is about purpose.”

With fewer young people growing up on the farm, agribusiness firms must look at different ways to attract young people, he said. One way to do that is by “making ag the new NASA."

“Every kid growing up in the '80s wanted to be an astronaut but may not have had parents who exposed them to space travel. It’s the same kind of concept,” he said.

Jackie Klippenstein is a prime example of a non-rural student working in agriculture, having grown up in Long Island, N.Y. Klippenstein, now the senior vice president with Dairy Farmers of America, said DFA has rethought how it recruits from colleges and universities, and even high schools.

“If you look at any innovation in the dairy space these days, they’re coming from biochemists and kids that came from different backgrounds,” Klippenstein said. She said DFA has begun working with schools such as The Lincoln University in Philadelphia and the University of Arkansas-Pine Bluff, which are historically black universities outside mainstream ag colleges.

"We've also started doing recruitment at high school career fairs where we hadn't been doing that in the past," Klippenstein told Agri-Pulse. The milk cooperative began recruiting there because some DFA positions require only a technical certification of some kind, not a four-year degree.

Meanwhile, members of the millennial generation can be picky about what employers they will work for, said Toree Pederson, president of Aligned, a nonprofit business coalition based in the Kansas City area.

“They want family-friendly practices and they want companies who demonstrate sustainability,” Pederson said during a panel discussion at the Ag Outlook Forum, co-hosted by Agri-Pulse and the Agricultural Business Council of Kansas City in September. “The reality is, they can be picky because there are two jobs for every one of them looking.”

Pederson said new graduates care deeply about the world’s environment and want a company that feels the same way. She said the agriculture sector has a great opportunity to fill these needs, but communication with students must start much earlier than college. 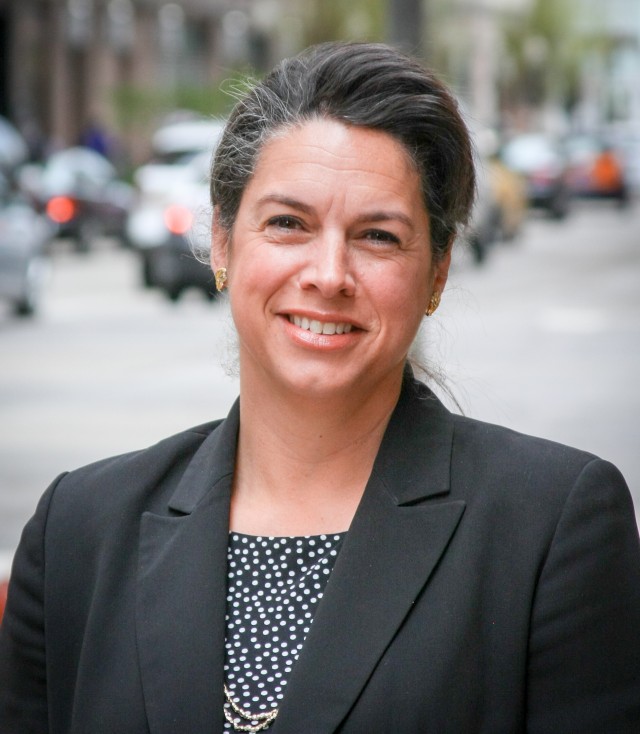 “It’s not just farming; they have to know about the jobs out there in this industry. We have to talk to them in grade school, middle school and then in high school,” Pederson noted.

“Having that talent pipeline for the future, it can’t just be traditional internships and traditional job fairs and leadership development,” said Sharyl Sauer, global business platforms communications leader at Corteva. “We have to think of different ways to get non-ag people into our workforce.”

One of the ways Corteva is doing that is through a pilot program called “The Forge,” an innovation center focusing on software development training. Corteva partnered with a consulting company to start a center in Jefferson, Iowa, just northwest of Des Moines.

“A student can go to this building in Jefferson, Iowa, and they will get tuition-free software and computer development skills training. When they are done, they are ready for a high-tech job in ag or another career," she said.

The program benefits other businesses and government agencies as well as Corteva, she said.

“We are building our talent pipeline and we are also not just giving funding and walking away,” she said. “We are trying to create a relationship with those students so that when they graduate from 'The Forge,' they want to come and work for Corteva.”