The U.S. and Japan have officially signed off on the U.S.-Japan Trade Agreement that U.S. Trade Representative Bob Lighthizer said will spur billions of dollars in additional sales.

The leaders of the American Farm Bureau Federation, National Pork Producers Council, United Fresh Produce Association and others all cheered on as U.S. Trade Lighthizer and Japanese Ambassador Shinsuke Sugiyama signed the pact Monday in the Roosevelt Room of the White House.

Trump called the pact a “game changer” for farmers and ranchers who were concerned about losing sales to Japan because the U.S. pulled out of the Trans-Pacific Partnership in 2017.

By the way: The new trade pact, which Japan’s legislature must now ratify, will be especially good for exports of U.S. oranges, blueberries and almonds, United Fresh President and CEO Tom Stenzel told Agri-Pulse at the White House, after the signing. 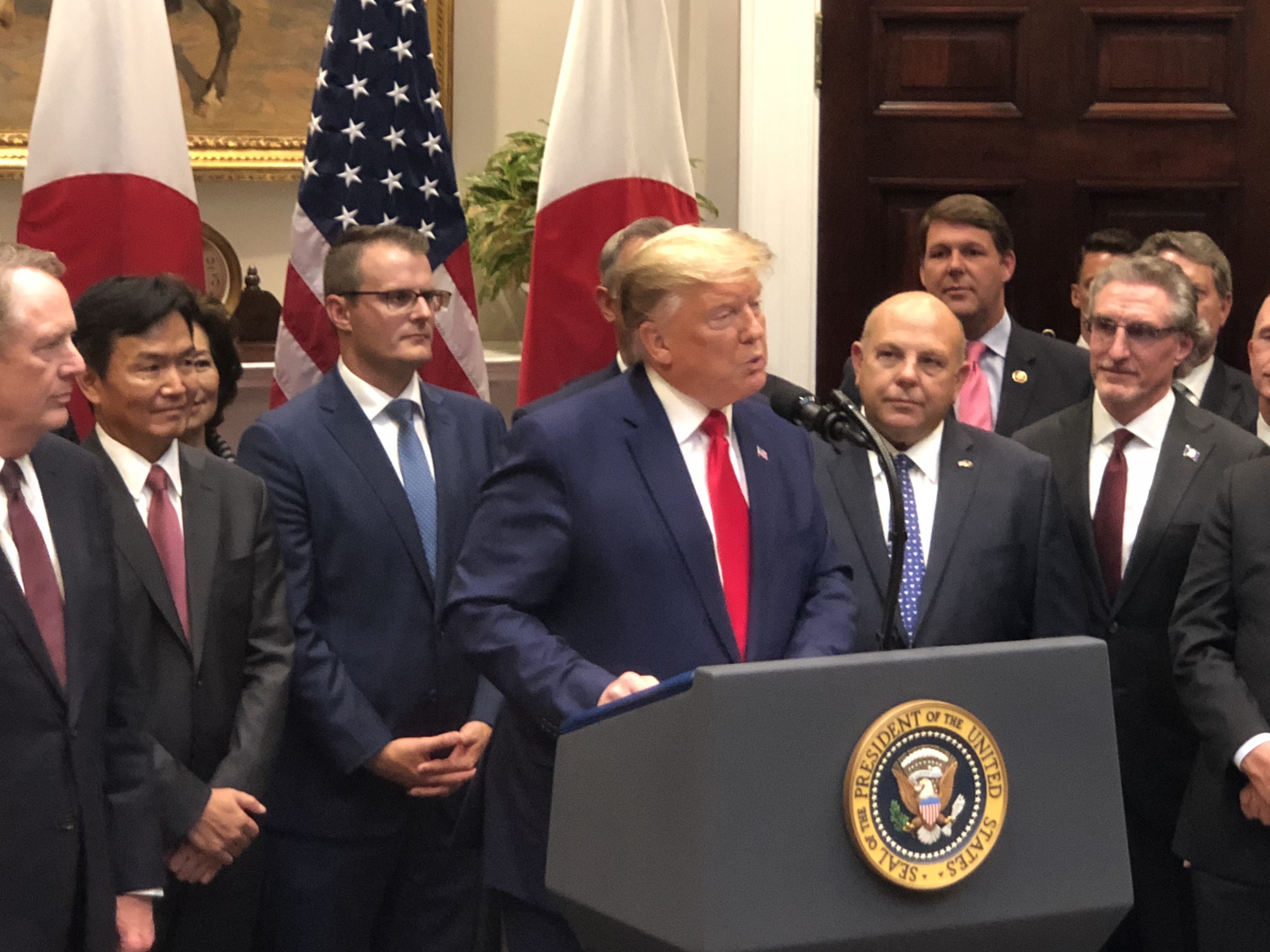 Trump, flanked by U.S. ag leaders, at the ceremony.

For alternatives work group, pesticide cancellation is “water under the bridge”

California Citrus Quality Council President Jim Cranney wants to focus on science-based alternatives to chlorpyrifos. He is a member of the work group established by the Department of Pesticide Regulation to recommend alternatives for the insecticide.

Cranney told Agri-Pulse recently that citrus growers were not happy with the administration’s decision to cancel the registration and don’t like to see the “politicization of a regulatory process.”

“But that ship has sailed,” he said, “We all have a responsibility to try to figure out how to respond to that and do what's best for growers.”

Cranney said he has “to believe DPR is looking into this from a scientific standpoint” and that the proposals will not be “overly problematic.” The cancellation will not lead to a crisis, he said, but does add to “a cumulative effect of putting more burden on growers who have to live with the consequences.”

Since its establishment in August, the work group has had one introductory conference call, with the first in-person meeting scheduled for later this month. DPR will finalize its recommendations in spring.

PG&E may shut off power to wine country, ricelands and salad bowl tomorrow

Pacific Gas and Electric warned yesterday that it may proactively turn off power to more than half the counties in the state. The announcement followed a fire weather watch issued for northern, central, coastal and Bay Area counties. The watch covers portions of at least 30 counties and lasts from Wednesday morning through Thursday afternoon.

Read the full report at Agri-Pulse.com on how the shutoff could lead to problems for food processing, winemaking and crop irrigation. As residents and businesses power up generators in the Central Valley, it could also set back air quality standards.

On the note of fire: A regulation enacted in July requires employers to protect workers from wildfire smoke. Explaining the emergency rule and how companies can prepare, the California Chamber of Commerce has published a white paper and produced a podcast. The biggest takeaway: Employers must either bring workers indoors or supply respirator masks.

Ballot proposal wants California to be 90% organic by 2050

Organic farmer Bob Cannard has submitted a proposal to the attorney general’s office for a ballot initiative that would require nearly all farmers to go organic.

His pitch is to reduce conventional pesticides by 3% annually to reach a 90% conformity by 2050. The measure also proposes a pesticide tax of less than 1%.

Cannard’s Green String Farm in Petaluma supplies Berkeley’s elite Chez Panisse restaurant with produce. In evangelizing organic, Cannard told the Press Democrat in 2016: “I don’t like telling the plants what to do. It’s better to give them a life of choice.”

Remember: The petition would need 600,000 signatures to qualify for a vote in 2020, making it a more costly year to run a ballot initiative.

US looks for new proposals from China

The White House is expecting China to unveil a substantial new proposal during high-level trade talks on Thursday and Friday,

“This is a new start. So let’s see what it all brings,” National Economic Council Director Larry Kudlow told reporters Monday. He said the White House is “open to various ideas” on how to end the back and forth tariffs and end the trade war.

“We think there’s a chance that we could do something very substantial,” President Trump told reporters at the White House. “I think they’re coming to make a deal.”

Trump said he would prefer to make a grand, comprehensive deal with China instead of smaller piecemeal pacts, but he didn’t rule that approach out as he has done before. “We’ll see what they put on the table and anything is possible,” Kudlow said.

Keep in mind: U.S. ag leaders obviously would like to see the meetings this week reinvigorate stalled negotiations less than a week ahead of a planned tariff escalation on Oct. 15.

But, but, but: On Monday night, the Commerce Department took action that will surely raise tensions with the Chinese just days before they arrive for trade talks. Secretary of Commerce Wilbur Ross said his department was adding 28 new Chinese groups to the so-called entity list, which means suppliers will have to obtain a special license to continue selling to them.

The U.S. government "cannot and will not tolerate the brutal suppression of ethnic minorities within China,” said Ross. “This action will ensure that our technologies, fostered in an environment of individual liberty and free enterprise, are not used to repress defenseless minority populations.” 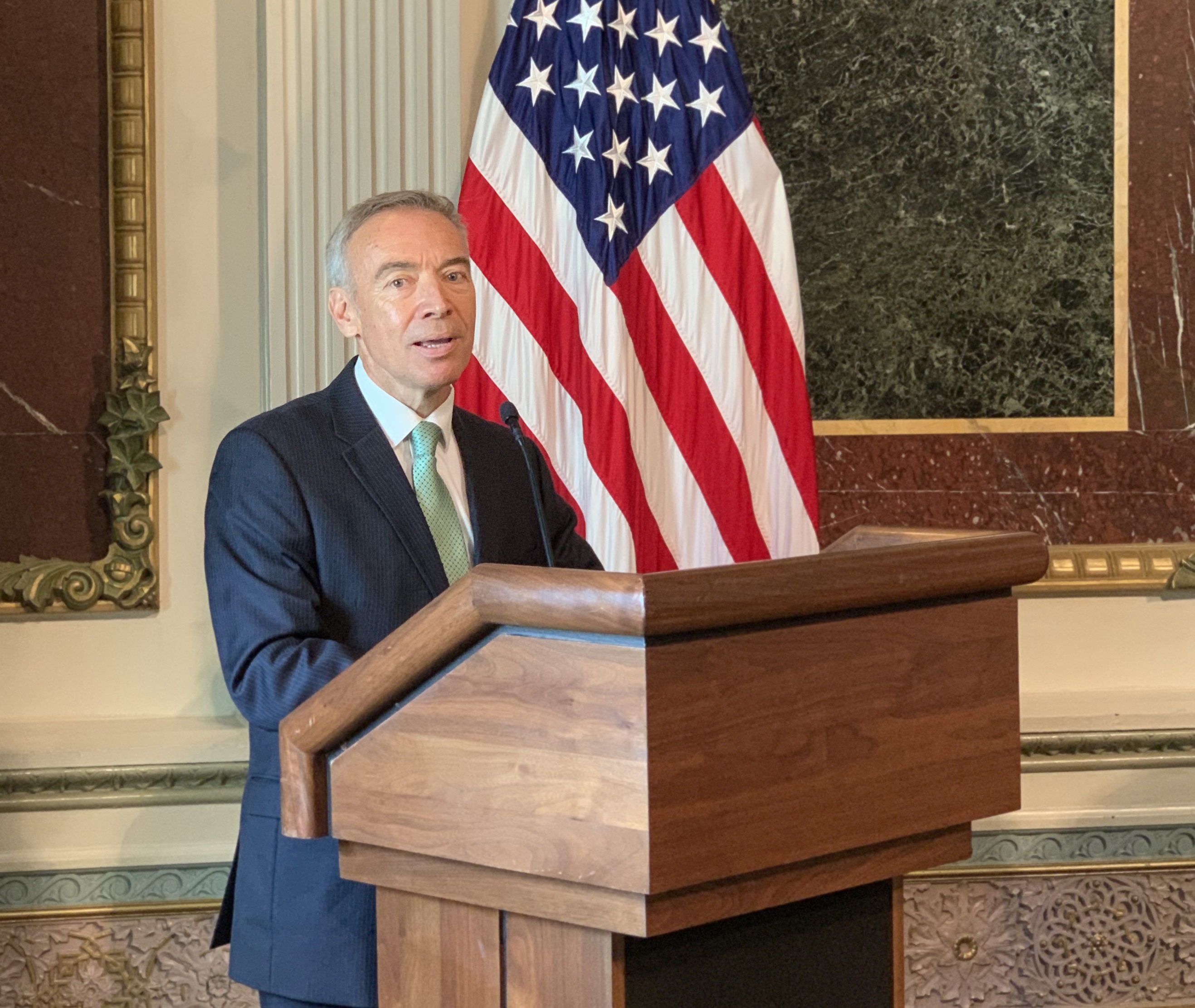 The Trump administration wants to know from business leaders and scientists what regulations are standing the way of biotech innovations, and how the government can help spur new advances.

An all-day “Summit on America’s Bioeconomy” held Monday was designed in part to draw attention to a request for information that the White House issued last month to get input on ways that the government can facilitate the development and commercialization of biotech products. “We need your help to get this right,” said Michael Kratsios, the administration’s chief technology officer.

Deputy Ag Secretary Steve Censky told the 100 business leaders, academics and government officials at the meeting that USDA has “clearly tried to change the paradigm” with the proposed revisions to its biotech regulations.

Keep in mind: Unless President Trump is re-elected, his administration is fast running out of time to make any major changes in agency regulations. USDA has made the most progress so far, but its proposal has run into sharp criticism from several industry sectors.

The 2020 signup for the Dairy Margin Coverage program kicked off Monday and will run through Dec. 13.

Enrollment could well drop off in 2020, given that the average margin has risen above the maximum level of coverage in the program: $9.50 per hundredweight. USDA currently projects the average margin in 2020 at $10.06. Some 22,682 of the nation’s 37,468 licensed farms signed up during the 2019 enrollment period that ended last month.

“California is ridiculously and dangerously overregulated in many ways. Managing our groundwater is not one of them.” - J. Miles Reiter, Chairman and CEO of Driscoll’s, in an op-ed for the Santa Cruz Sentinel