USDA’s Fiscal Year 2019 cash is starting to finally emerge for an array of 2018 farm bill initiatives and ongoing programs aimed at expanding consumer access to fresh produce, improving diets, and boosting farmers markets and local food systems in other ways.

The 2018 farm bill doubled money, for example, for the Gus Schumacher Nutrition Incentive Program GusNIP (formerly called the Food Insecurity Nutrition Incentive Program), for example, to about $50 million a year ($250 million through 2023), and USDA aimed $41 million of GusNIP’s FY 2019 dollars at nutritional “incentives at the point of purchase.”

Fiscal 2019, of course, ended last week. But USDA public affairs staff advises awards have been virtually completed and will be announced within days for grants under GusNIP and other nutrition assistance programs administered by the National Institute of Food and Agriculture (NIFA).

However, GusNIP cash dispersals, grant oversight and FY 2020 awards could all be impaired on the heels of Agriculture Secretary Sonny Perdue’s relocation of the National Institute of Food and Agriculture (NIFA), which administers GusNIP, to Kansas City. The relocation is proceeding along with an acute loss of NIFA staff.

In Albany, Calif., Ben Feldman, chief executive of the Farmers Market Coalition (FMC) says his members across the country “are experiencing delay on the GusNIP program … as I understand as a result of the relocation of NIFA.” 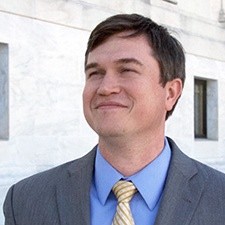 NIFA’s staffing depletion is “something we’re definitely concerned about,” says Wes King, a senior policy analyst tracking such programs for the National Sustainable Agriculture Coalition. “We’re also thinking about fiscal year ’20. How are they (NIFA) going to write the RFA (request for applications) for the program,” he asks, “and get that cleared and published in a timely manner without staff?”

King is also concerned about a big new part of GusNIP: $38 million authorized through 2023 (including $8.5 million initially planned for FY 2019) “to create these training and technical assistance and evaluation centers, (which are) meant to be big, big grants. It’s a brand new piece to the program; never been done before. That’s a lot of money to be putting out the door with no oversight, no staff at NIFA to be engaging around the implementation.”

Feldman shares that fear. FMC is in a group expecting to get one of those new GusNIP grants: “a training and technical assistance proposal that we received word on and has been approved, but we are hearing that there is a funding delay.” USDA officials suggest a likely three-to-four-month holdup into this winter, he says.

Yet another GusNIP grant applicant isn’t seeing problems with NIFA performance so far. Noah Fulmer is national partnerships director for the Fair Food Network (FFN), which coordinates a fresh-produce bonuses program called Double Up Food Bucks (distributed to Supplementary Nutrition Assistance Program recipients) in Michigan, and helps facilitate Double Up in 27 states. FFN hopes for a green light this week on both its FY 2019 GusNIP matching grant for Double Up, as well as a new GusNIP technical and evaluation center in which it’s collaborating, and, and Fulmer says, “we haven’t necessarily experienced an issue directly” owning to the NIFA relocation.

“We all know there is a big transition happening; we’ve all read and heard about it,” he says. “It’s very important that NIFA have that stability,” but he thinks NIFA staff has been “extraordinarily professional and have really gone above and beyond,” in dealing with FFN. 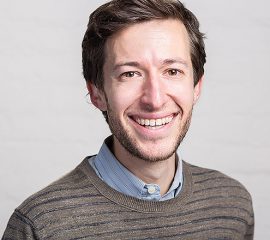 The farm bill merged a sister program, the Local Food Promotion Program, into FMLFPP, and then ordered a minimum of $50 million per year be spent for FMPP and another USDA program, Value-Added Producer Grants (VAPG), combined.

King points out that while the farm bill mandated that $50 million for the two programs, it also trimmed FMPP spending from $28.8 million a year under the 2024 farm bill to $23 million a year.

Further, “no timetable has been set” to do so, says Jay Fletcher, public affairs communications officer for USDA Rural Development. Asked why last year’s RFA remains unposted, Fletcher says, “I can’t tell you that.”

What’s more, VAPG funding may plunge in FY 2020, says King, of NSAC. Mandatory funding of $17.5 million can be expected, he says, but Senate appropriators zeroed out additional dollars (though the House spending bill would, so far, match total FY 2019 allowances for VAPG).

(This story has been updated to clarify the scope of the Double Up Food Bucks program in Michigan and FFN's hope for additional funds.)