Truckers are the first to sue over AB 5

The California Truckers Association filed a federal lawsuit yesterday over Assembly Bill 5. The bill, now signed into law, will reclassify many independent truck drivers as regular employees. The lawsuit asks to exempt the trucking industry from the new employment test, which will take effect on Jan. 1.

In the claim, CTA argues the demand for trucking services in the ag industry “varies depending on the time of year, the price at which the produce can be sold, the available markets for the produce, the length of the growing season and the size of the crop.” This leads to “an abundance of jobs during the growing season, but a small number of such jobs during the winter months.”

The lawsuit comes as the first legal challenge to the “gig law.” CTA is still in the midst of a lawsuit over the “Dynamex decision” by the California Supreme Court, which was the original basis for AB 5. 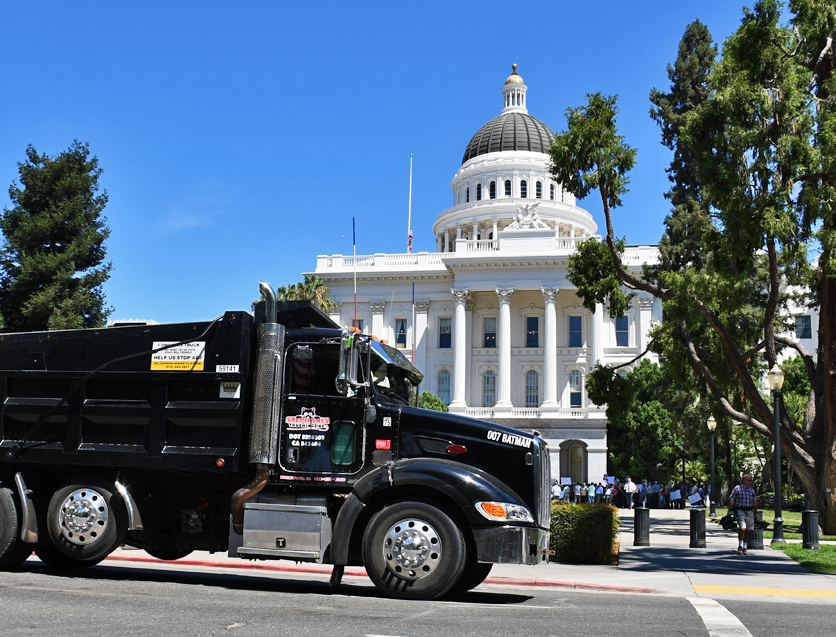 In a meeting last week, supervisors for San Luis Obispo County responded to a letter sent by the State Board of Food and Ag. Hearing complaints, the board had urged the county to be more inclusive of farmers in drafting a plan for the Sustainable Groundwater Management Act.

The supervisors responded with their own letter that “adamantly disagrees” with the board, while defending its outreach to all stakeholders, reports the New Times. The ensuing debate over the two letters reignited old battles over regional water politics. An advisor to the county blamed agriculture for having “driven the bus over the cliff” and causing the groundwater overdrafting.

One supervisor called the plan “frankly weak” in how it excludes irrigated ag, while another added: “This kind of thinking and action has led to serious dysfunction.” Supervisor Lynn Compton said this debate is simply election year politics. She surmised that ag is not happy because “they're using the bulk of the water, and they're going to be asked to cut back.” 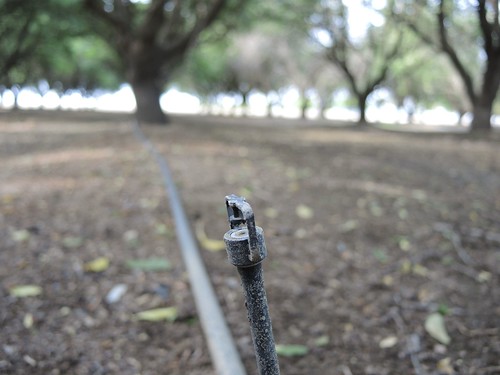 A report by the Government Accountability Office, the investigative arm of Congress, says farms are often using water efficiency improvements to switch to crops that need more water or to irrigate more land.

GAO started the study with the intent of focusing on policies to promote more efficient irrigation technology and practices, such as irrigation scheduling, and precision agriculture technologies such as soil moisture sensors.

But the analysts say after studying irrigation water flows, they don’t believe those policies are sufficient. They need to be combined with incentives for farmers to conserve water, the analysts say.

Remember California: The report notes the state had the most irrigated acres in 2012, with 14 percent of the nation’s total. At that time, 51% of the acres were gravity fed and about 71% of the irrigation came from groundwater. During the drought, the total amount of irrigated acres dropped by 10% – a harsh reminder that a third of the state's water supply comes from Sierra snowpack.

With the House impeachment hearings kicking off today, Republicans are trying to make the case that the issue is threatening approval of the U.S.-Mexico-Canada Agreement.

Spending Tuesday at the Economic Club of New York, President Donald Trump argued the existing NAFTA, which made ag trade virtually tariff-free between the three countries, is a “disastrous” pact that “sold out American workers.”

But he said "nervous Nancy" Pelosi and other House Democrats prefer to focus on "outrageous hoaxes and delusional witch hunts, which are going nowhere, don't worry about it."

But, but, but: House Ways and Means Committee Chairman Richard Neal said Tuesday evening that his negotiations on USMCA with U.S. Trade Representative Bob Lighthizer are progressing. Neal told Agri-Pulse that he will be talking to Lighthizer this week.

Neal said last week’s trip to Canada to meet with Prime Minister Justin Trudeau on USMCA “couldn’t have been any better.” Trudeau told him that “they’re going to do what they have to do to get this over the goal line,” Neal said.

The advisers will help the consortium’s research arm in the areas of soil carbon and net greenhouse gases; water quality and quantity; monitoring, reporting and verification; and soil carbon research to quantify and achieve ecosystem service capacities of soils.

Meanwhile: In a research paper published in the journal Nature Sustainability, a group of scientists said sniping over the potential for soils to hold carbon “is undermining the potential for policymakers to implement policies that build soil carbon for other environmental and agricultural benefits.

The disagreements spring from a French international initiative aimed at building soil carbon. Scientists have disagreed over the feasibility of the goal.

“We need to make sure that the debate about how to mitigate climate change doesn't undermine efforts to build soil health for the many other things we care about, like agricultural productivity and water quality," said Stephen Wood, a soil scientist at The Nature Conservancy and associate research scientist at Yale.

It’s a bumper year for deciduous fruit like apples and pears in China. Production is rising sharply thanks to good growing weather, but Chinese demand for the fruit will still outstrip supply, pushing imports to go even higher in the 2019-20 (July-June) marketing year, according to a new report from USDA’s Foreign Agricultural Service.

While demand for imports is rising, that will not translate into more U.S. exports, though. The U.S.-China trade war continues to press on and tariffs are cutting the Chinese off from the U.S. crops.

“While production gains will boost the country’s fruit exports, apple, pear, and table grape imports will continue to grow given strong demand for high quality products,” the report concluded. “However, U.S. fruit exports will decrease following the additional tariffs on almost all U.S. agricultural products.”

Exporters in New Zealand, Australia, Chile, and Peru are expected to benefit the most from China’s rising demand.

“I keep hearing this unbelievably ridiculous statement from a wide range of people that agriculture is less than 2% of the state's (gross domestic product).” – UC ANR Vice President Glenda Humiston, explaining why her division commissioned the Working Landscape Report, which found that direct sales related to agriculture in 2018 added up to more than $263 billion.

Read more about the report in the Agri-Pulse West Newsletter hitting inboxes this morning.