Note to readers: Daybreak West won’t be published on Thursday and Friday so our team can celebrate Thanksgiving with their families. It will return on Monday, Dec. 2.

For the second straight Thanksgiving, FDA has issued a broad consumer alert about romaine lettuce. Late Friday afternoon, FDA warned consumers not to eat any romaine produced in California’s Salinas Valley due to an E. coli outbreak that’s under investigation.

Almost exactly one year ago, FDA issued an even broader alert, warning consumers not to eat any romaine.

Take note: Scott Horsfall, CEO of the California Leafy Greens Marketing Agreement, the industry’s food safety program that represents 99% of the leafy greens grown in the state, emphasized that the alert doesn’t affect Arizona and southern California, the areas where romaine is currently being harvested.

“Romaine producers will be working closely with their customers to make sure all product from Salinas is removed from marketing channels, but romaine from any other growing area is safe for consumption,” he said.

Keep in mind: “A warning like this especially during the holiday week will impact not only romaine, but other leafy green vegetables such as spinach,” said Michael Droke, a lawyer with Dorsey and Whitney. “Retailers will be pulling romaine and possibly all other lettuce/leafy greens from their shelves.”

Rep. Jimmy Panetta, the California Democrat who represents the Salinas Valley, said he discussed the situation Friday with Frank Yiannas, FDA’s deputy commissioner of food policy and response. Panetta said he urged FDA “to work collaboratively” with the industry to protect consumers while preventing the loss of safe and healthy crops. 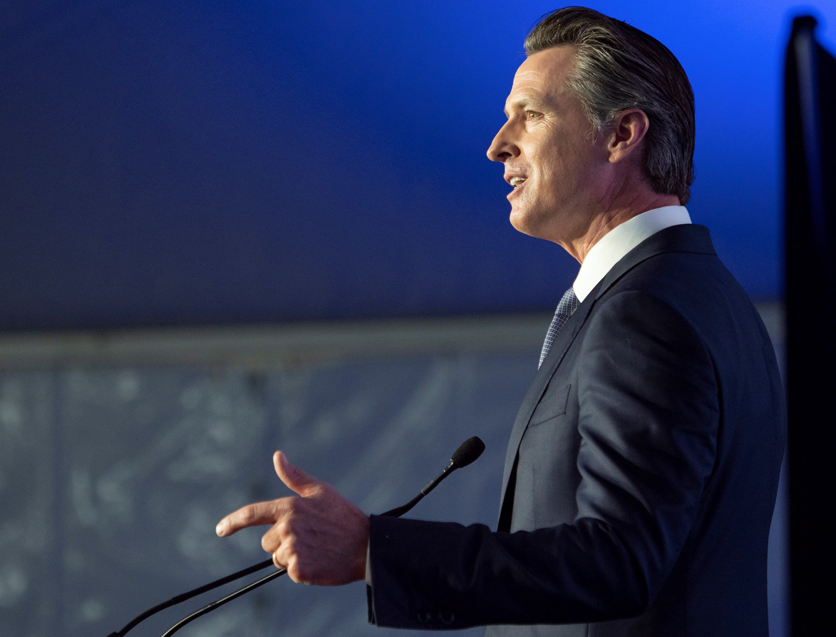 Environmental groups supported the lawsuit while water agencies and ag groups have shown disappointment. Yet the alternative plan advanced by the Department of Water Resources (DWR) has fueled the opposite response.

A coalition of Central Valley water agencies contended that in crafting the biological opinions DWR had collaborated with federal agencies and had numerous opportunities “to pinpoint any deficiencies they believe existed.” Their joint statement pushes the state to “identify the deficiencies they believe can only be resolved through litigation.” It said “species management by litigation” has failed to produce results.

Yet the Metropolitan Water District of Southern California, one the largest customers of the State Water Project, called the report “a workable path” for dictating operations. General Manager Jeffrey Kightlinger said, “The state and federal governments have more in common than differences in terms of approaches to managing these projects.”

The editorial board for the Mercury News, a liberal Bay Area paper, went further, labeling the plan “Trump-lite” and calling it deplorable. The board borrowed the phrase from a critique by the Natural Resources Defense Council.

The conservation group Restore the Delta elaborated on how the plan “is just a little less bad than the Trump plan.” Like the biological opinions, the state plan increases water exports from the delta, but sets the amount at 300,000 acre-feet. The group tweeted the administration has “significantly weakened fishery protections for the Delta on World Fisheries Day and declared victory by announcing a suit.”

The LA Times suggested Newsom could expand the fight, since a lawsuit “is not the only weapon California has at its disposal.” The next escalation in the battle could be refusing to let federal agencies use state pumps and canals to convey exports.

The University of California Division for Agricultural Resources expects to release a report soon that will factor in the economic value of ecosystem services in California.

ANR released a report earlier this month valuing the state’s “working landscape” at $333 billion, with agriculture contributing $263 billion. That placed working lands as the sixth largest sector in the state. With ANR’s report on ecosystem services, working lands could beat out finance as the fifth largest sector, said ANR Vice President Glenda Humiston in an interview.

ANR is leading a task force from the California Economic Summit. They are currently securing funding, support and data sets to launch an open-source mapping tool for ecosystem services. The next step would be a pilot test in four areas of the state. The new insights should help to spread awareness about ecosystem services.

“When we don't have that quantified, it's hard to make investments to make sure those ecosystem services are maintained,” said Humiston.

A federal court on Friday struck down a request by the North American Meat Institute for a preliminary injunction against the Proposition 12 law. The state will still phase in the new confinement limits beginning on January 1.

The lawsuit is also pushing for a permanent injunction on Prop 12 and is challenging the constitutionality of the law.

The Humane Society’s Jonathan Lovvorn called the lawsuit a frivolous and desperate attempt by an industry “notorious for its cruelty to animals.”

The unrest in Hong Kong and a bill passed by Congress with overwhelming support to curb human rights abuses there have surfaced as issues in President Donald Trump’s bid to close a “phase one” trade deal with China.

In an interview with Fox and Friends on Friday, Trump called the Hong Kong unrest a “complicating factor” in the trade negotiations, and he wouldn’t say whether he would sign the Hong Kong Human Rights and Democracy Act.

"We have to stand with Hong Kong, but I’m also standing with President Xi … I would like to see him work it out,” Trump said.

Take note: Senate Minority Leader Charles Schumer, D-N.Y., blasted Trump for not saying that he would sign the Hong Kong bill: “For a guy who promised to be tough on China, President Trump's reliable deference to President Xi is all the more bewildering. Being tough on China when it comes to human rights will also help us win the battle on trade.”

A new report from the Government Accountability Office says recent costly weather disasters “illustrate the need to plan for climate change risks and invest in climate resilience” and recommends the federal government target high-risk areas such as agriculture for spending.

GAO expresses some frustration with past inaction on its recommendations: “Although we have made 17 recommendations that address improving federal climate change strategic planning, as of August 2019, no action had been taken toward implementing 14 of those recommendations—one dating back to 2003,” the report.

“It was three weeks of fun.” – Editor Dan Flynn, announcing Food Safety News would be dropping its warning that the FDA and CDC are “not to be trusted,” following Friday’s notice of an outbreak.