The North American Meat Institute (NAMI) filed a lawsuit in a Los Angeles federal court Friday challenging the constitutionality of a state ballot initiative voters approved last year. The lawsuit seeks a permanent injunction against the ban on confinement, which will be phased in starting in January.

NAMI CEO Julie Anna Potts said in a written statement: “Prop 12 hurts the family on a budget with higher prices for pork, veal and eggs and unfairly punishes livestock producers outside of California by forcing them to spend millions more just to access California markets.”

Potts argues the law will dictate farming practices across the nation since it pertains to all meat sold in California.

A state analysis of Prop 12 found the cost of building and maintaining new housing for animals will likely lead to a rise in consumers prices. The report also notes that many companies have already been moving towards more space for animals.

Spokesperson Jim Monroe told Agri-Pulse the National Pork Producers Council has also opposed the law and is considering next steps in addressing the issue. Monroe said: “We are particularly concerned that the law will put high-quality protein out of reach for families on a budget” and that it will “force small farms to sell out or consolidate.”

On that note: A coalition of ag groups filed a motion last month to permanently block the state from applying a Prop 65 label on glyphosate. In 2018, a federal judge ruled the cancer warning was “inherently misleading” and granted a preliminary injunction against the labeling. This petition seeks to make that injunction permanent. The plaintiffs include wheat, corn, grain and soy trade groups, as well as Monsanto and CropLife America. 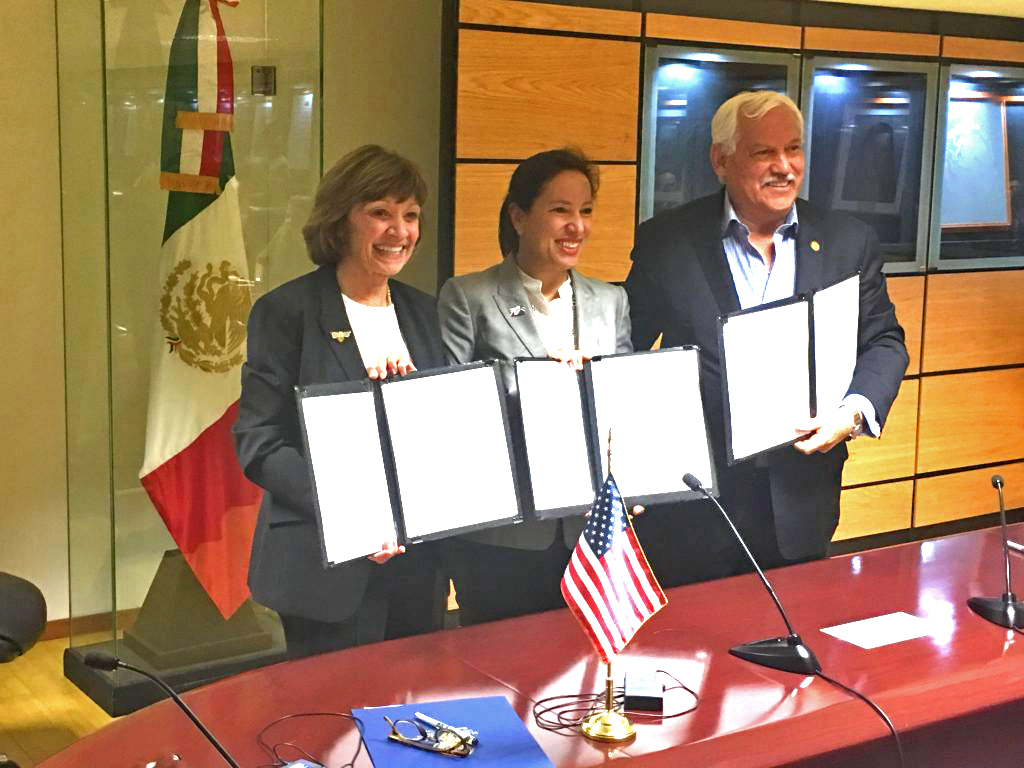 The memorandum of understanding is aimed at knowledge sharing between CDFA and Mexico’s Ministry of Agriculture and Rural Development. The agencies will also partner on food safety, workforce development and plant and animal health. Secretary Karen Ross writes in a CDFA blog post that the “proactive work plan” will be implemented over the coming months.

As the international affairs and trade representative for the administration, Lieutenant Governor Eleni Kounalakis helped broker the agreement. In a written statement, she said it “will help us address labor conditions and understand the root cause of migration among those that grow our food.”

Remember: Governor Newsom traveled to El Salvador in April to “examine the root causes of migration.” A decade-long drought has decimated the crops in this region. It has led to poverty, starvation and more than 100,000 neighboring Guatemalans to travel to the U.S. border last year, with many more predicted for this year. 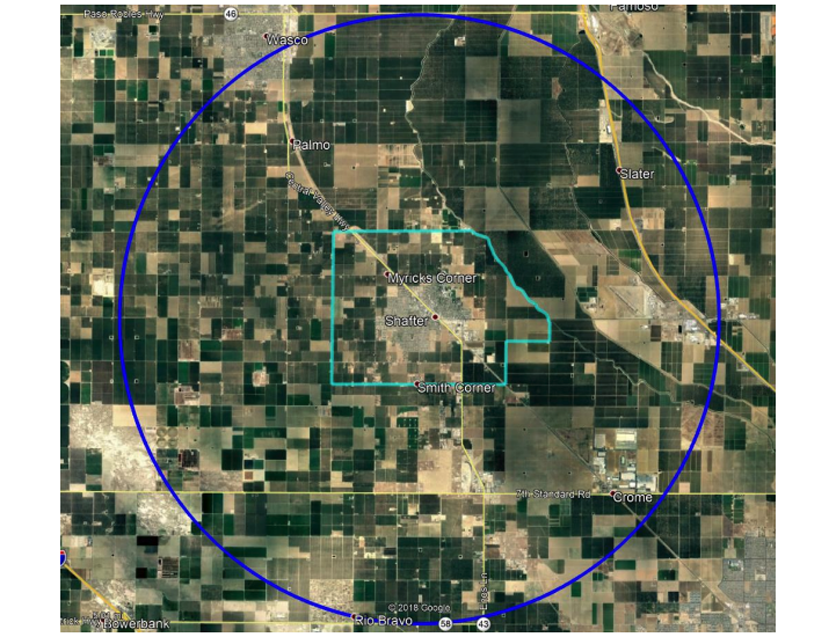 DPR to discuss new regulations on 1,3-D at workshop

DPR is hosting a workshop on Oct. 17 in Sacramento “to explore additional measures to protect bystanders and residents” from exposure to the fumigant known as 1,3-D.

The workshop will discuss the proposed regulations, along with the detection levels DPR is targeting and the timing for rollout. The workshop will also include time for public comment and will be streamed online.

Remember: DPR recorded spikes in its readings last year for 1,3-D in the city of Shafter, which triggered an effort aimed at further mitigation. Dow AgroSciences has disputed DPR’s interpretation of the readings, calling the screening levels misaligned and lacking the best available science. DPR also reported recently that VOC emissions from 1,3-D are on the rise.

The White House will be putting a focus today on biotechnology and its potential uses in manufacturing as well as agriculture. Deputy Agriculture Secretary Steve Censky will speak at the “Summit on America’s Bioeconomy” this morning, and there will also be representatives from other departments and agencies as well as several academics and corporate leaders.

The summit is hosted by the Office of Science and Technology Policy, which is responsible for coordinating the administration’s biotech policy across the array of departments and agencies that have a role in it.

Also today: EPA Administrator Andrew Wheeler will be in North Dakota to talk about his agency’s rewrite of the “waters of the United States” rule that defines the jurisdiction of the Clean Water Act. EPA last month finalized the repeal of the 2015 rule issued by the Obama administration’s WOTUS rule.

A high-level Chinese delegation is due in Washington this week to resume negotiations with the Trump administration. But former Agriculture Secretary Tom Vilsack says a resolution to the trade war is probably a “long way” off.

“I’m not optimistic about this because the issues are so basic to the Chinese economy,” said Vilsack, who is now president of the U.S. Dairy Export Council. “I think there are political considerations both here and there that make it more difficult to get an agreement in the short term.”

He suggested to Agri-Pulse that there could be “small deals” with China, similar to what was done with Japan. And the dairy industry is benefitting from China’s purchase of whey protein and whey permeate to rebuild a hog industry stricken by African Swine Fever.

Last week, President Trump created a stir when he appeared to tie Joe Biden and his son to the trade war with China. But Trump now denies that a trade deal with China will depend on whether the Chinese help investigate the Biden family.

“I want to do a trade deal with China, but only if it’s good for our country.  … One thing has nothing to do with the other,” he told reporters on Friday when asked about the Biden link.

Keep in mind: Sen. Marco Rubio, R-Fla., told reporters that Trump wasn’t serious about getting the Chinese to investigate the Bidens. “He’s just needling the press, knowing that you guys will get outraged by it,” Rubio said.

WTO sets meeting to advance US tariffs on EU

The World Trade Organization has scheduled a final meeting for Oct. 14 before the U.S. can implement retaliatory tariffs on the EU as punishment for its subsidization of Airbus. The meeting of the dispute settlement body is largely a formality but it’s a necessary step before the U.S. can move ahead with tariffs on $75 billion worth of European goods, according to U.S. officials who say the plan is to levy the new import taxes by Oct. 18.

Technically, the U.S. could be blocked by what the WTO calls a “negative consensus,” although that gambit, which requires all WTO members to block a dispute decision, has never been used successfully.

The U.S. plan is to hit European airplanes with a 10% tariff and agricultural and industrial goods with a 25% tariff. The list of European ag products that the U.S. is looking to impose tariffs on includes cheese, whey, butter, pork, peaches, pears and cherries.