The recycling company Recology has put $1 million towards a ballot measure aimed at reducing single-use plastics in California.

The measure, called the California Recycling and Plastic Pollution Reduction Act of 2020, calls for all product packaging to be reusable, recyclable or compostable by 2030. The proposal would also require CalRecycle to reduce all waste by 80% within 10 years. To fund the considerable regulatory workload, the agency would levee a fee of up to 1 cent for each plastic packaging product.

Recology CEO Michael Sangiacomo submitted the proposal earlier this month alongside two members of the California Coastal Commission, according to a trade journal. One of those commissioners, Linda Escalante, was a lobbyist for the Natural Resources Defense Council before Assembly Speaker Anthony Rendon appointed her to the commission in May.

Recology also hired a law firm to conduct a statewide survey on plastics, which found that 71% of voters favor the company’s ballot proposal.

If the initiative gains enough signatures to qualify, it will be on the November 2020 ballot.

Remember: In September, the Legislature shelved two similar measures that would have mandated a 75% reduction in single-use plastics by 2030. Those are expected to return in January as two-year bills. The Almond Alliance and other ag groups actively opposed the bills. 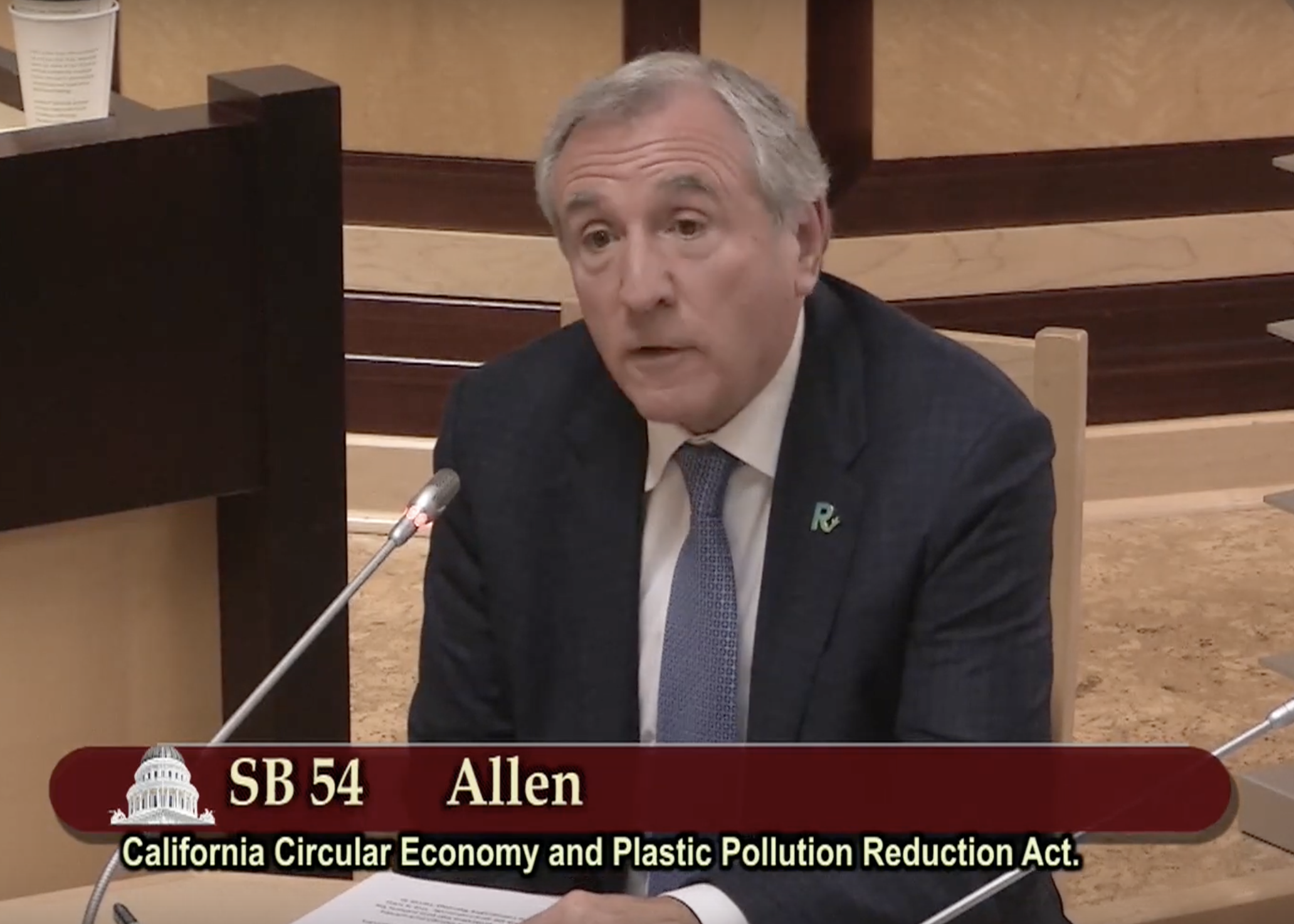 President Donald Trump is trying to keep the pressure on House Democrats to vote on the U.S.-Mexico-Canada Agreement while lawmakers are out of D.C. for the Thanksgiving break. Trump got in an extended dig at House Speaker Nancy Pelosi on the issue during a photo-op at the White House Monday with the Bulgarian prime minister.

Pelosi released a statement reiterating that Democrats were waiting to see a deal with the White House put in writing. “We are within range of a substantially improved agreement for America’s workers,” she said.

By the way: Jesus Seade, Mexico’s trade negotiator for North America, noted on his Twitter feed recently that Mexico approved a 2020 budget for more money set aside for labor reforms than López Obrador had promised U.S. lawmakers. “Mexico will deliver in good faith on all commitments it undertook in USMCA,” Seade said. 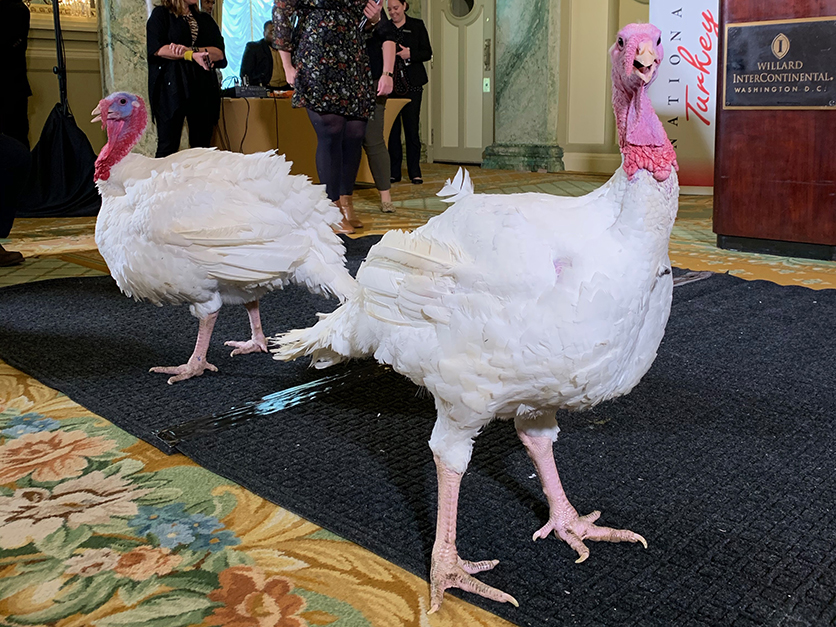 Bread (right) and Butter strut for the cameras before their big day.

No Bread and Butter on this year’s menu

It’s the Tuesday before Thanksgiving, which means it’s time for the annual presidential turkey pardon. The lucky pair of birds going to the White House this year are from North Carolina and named Bread and Butter.

According to White House descriptions of the birds, Bread “loves college basketball and a cold Cheerwine.” Butter “likes to snack on sweet potato fries and is currently training for a personal best in the turkey trot.”

After this afternoon’s event, Bread and Butter will head to Virginia Tech’s retirement home for presidentially pardoned turkeys. They’ll be housed next to Peas and Carrots, the pair who made the White House trip last year.

Keep in mind: The four birds likely won’t get that much time together. Peas and Carrots are already a year and a half old, and a Virginia Tech turkey expert says the birds don’t live more than two years. 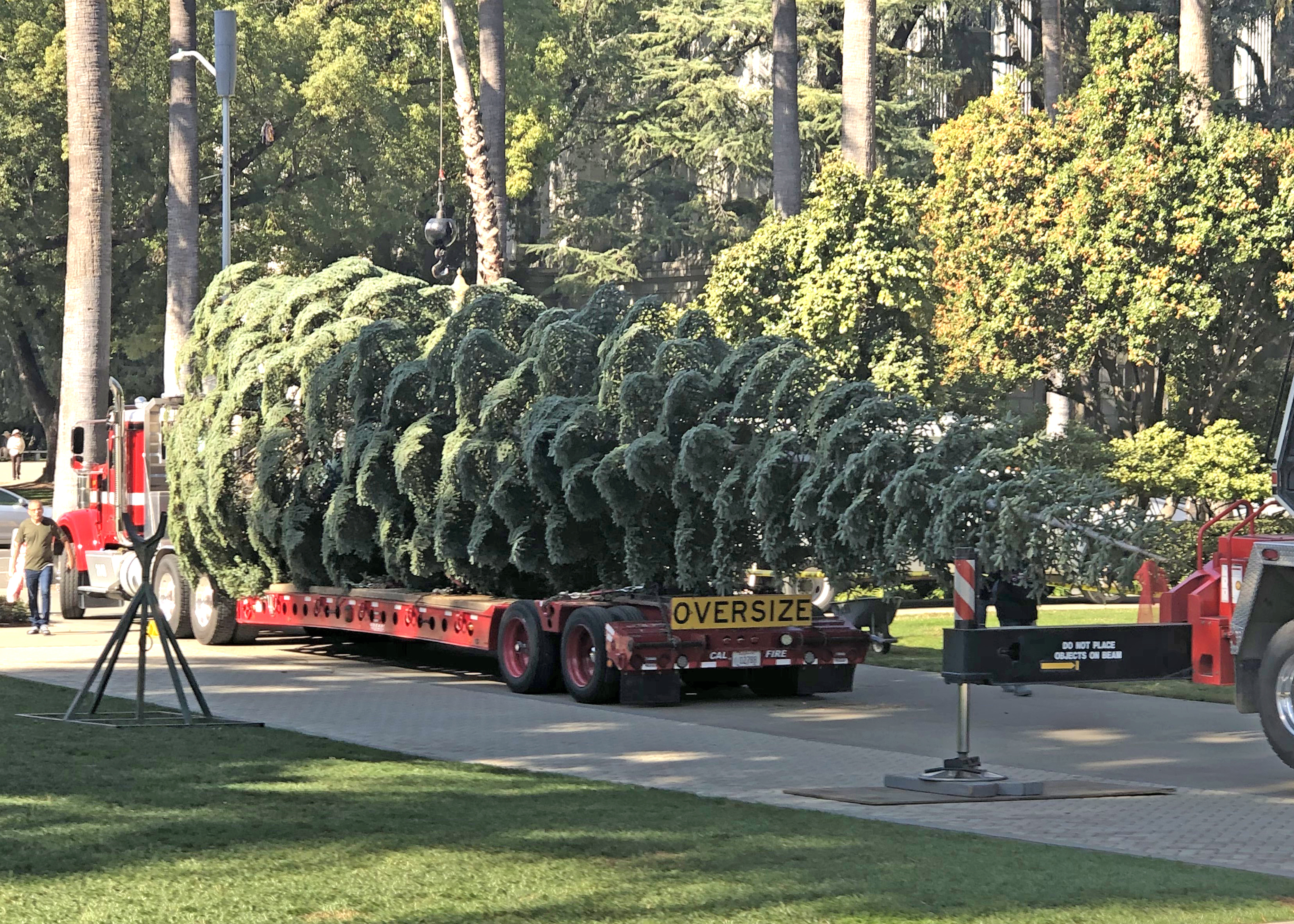 Christmas tree (version one) being installed at the State Capitol.

Christmas tree gets a pardon, too

Governor Gavin Newsom has pardoned (by default) a Christmas tree destined for the Capitol this year. State officials had cut down a 71-foot red fir and delivered it to the Capitol in early November, only to realize a crack in the trunk could dry out the tree earlier than expected. The crew then returned to Shasta County’s Latour Demonstration State Forest to harvest a 66-foot white fir. On Dec. 5, Newsom will illuminate the tree with 10,000 lights and 500 ornaments.

Since its inception as a state forest in 1947, Latour has been a reliable source for the holiday timber industry. To date, well more than 100,000 Christmas trees have been harvested from the 9,000-acre site.

On that note: Statewide, about 41,000 Christmas trees are harvested from national forests each year, according to USDA data. In 2017, Shasta County accounted for about 33% of the state’s timber value, second to Plumas County.

The National Farmers Union is telling House Democrats that agriculture needs to be a part of any government effort to address climate change. In comments filed with the special House Climate Crisis Committee, NFU said “agriculture is in a unique position to provide the easiest, the least costly, and the most readily available means to reduce greenhouse gas emissions on a meaningful scale through soil and biomass sequestration.”

Keep in mind: A coalition that includes the American Farm Bureau Federation, NFU and major commodity groups sent the committee a one-page flyer outlining their broad priorities. “Congress must protect American agriculture and production practices from undue burden, and respect farmers’ and ranchers’ ability to innovate and solve problems.

"Farmers for a Sustainable Future is motivated to ensure that farm families maintain their ability to respond and adapt to climatic events and that public policies do not threaten the long-term resiliency of our rural communities,” the flyer says.

Take note: The flyer was accompanied by a short note that the groups “would be more than happy to continue the conversation that we have already started with the committee.”

“This is really a new age in understanding our groundwater basins.” – DWR’s Taryn Ravazzini, talking about the role of data and new aerial scanning technologies in implementing the Sustainable Groundwater Management Act.