The U.S. agriculture sector — from pork producers to vegetable farmers — is relishing House Speaker Nancy Pelosi’s agreement to a deal on the U.S.-Mexico-Canada Agreement, but farm groups won’t be satisfied until the House and Senate ratify the trade pact.

“Wheat growers view this as a major step in getting USMCA over the finish line,” said National Association of Wheat Growers President Ben Scholz, who stressed he hopes Congress will be motivated “to take a vote on USMCA before the end of the year.”

House Ways and Means Committee Chairman Richard Neal says he’s hopeful there will be a vote next week, but there’s no guarantee that will happen in the final days before Congress adjourns for the rest of the year.

As of midday Tuesday, the USMCA implementing language still had not been circulated to lawmakers and they’ll need some time to study the legislation, Neal said.

“I look forward to closely reviewing the revised text — and as long as the new version of USMCA meets the standards we’ve fought for — I look forward to working with my colleagues to getting this agreement across the finish line,” said Rep. Ron Kind, D-Wisc.

And even if there is a House vote, the Senate still has to go through several procedural steps before it can vote, Senate Finance Committee Chairman Chuck Grassley said Tuesday.

Under normal circumstances, the Senate Finance Committee would hold a simulated mock-up of an implementing bill and then hold a vote before pushing a trade pact to a Senate floor vote, and that’s the way Grassley said he wants it done with USMCA.

“It can be short-circuited, but it’s never been short-circuited,” the Iowa Republican said. “I want to do a mock markup, but we still don’t have the draft bill to mark up, which doesn’t help, so we’ll just have to wait and see.” 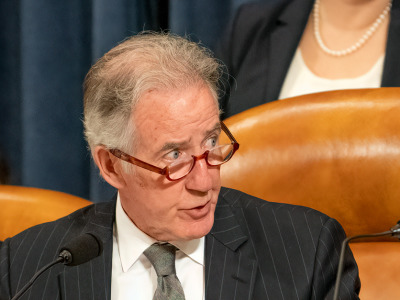 Senate Majority Leader Mitch McConnell also threw cold water on a Senate vote this year, saying it "will have to come up in all likelihood after the (impeachment) trial is finished in the Senate," something he said would happen in January.

But waiting isn’t what farm groups want to do after months of negotiations between the Trump administration and House Democrats, who prevailed in forcing concessions on labor enforcement and pharmaceutical provisions.

“We urge members of Congress to swiftly approve the United States-Mexico-Canada Agreement,” American Farm Bureau Federation President Zippy Duvall said Tuesday after Pelosi, Neal and other Democrats announced their agreement on a USMCA deal. “Agriculture is at a critical crossroads with the downturn in commodity prices, losses from natural disasters and the trade war. This is an opportunity for Congress not only to help U.S. farmers and ranchers turn the corner on trade, but also show that Washington can still get things done on a bipartisan basis.”

The Trump administration is also impatient. Agriculture Secretary Sonny Perdue was very clear that he doesn’t want any uncertainty over USMCA over the holiday season.

“While I am very encouraged by today’s breakthrough, we must not lose sight — the House and Senate need to work diligently to pass USMCA by Christmas,” Perdue said in a statement.

But approval by House Democrats and Mexico’s agreement to the changes made in the pact were the primary hurdles. There are some concerns by Republican senators that the revised USMCA was changed too much, but it’s nothing that will get in the way of Senate approval, Grassley said.

Beyond the fact that USMCA would carry on virtually tariff-free ag trade in North America that was established in NAFTA, the new pact also offers substantial payoffs for the U.S. dairy and poultry sectors. Both get increased access to Canada’s tightly controlled market and Canada’s agreement to axe its Class 7 dairy pricing system is an added win for U.S. dairy.

“Make no mistake about it, for the U.S. dairy industry — farmers, processors, and suppliers — the USMCA deal is a major win that levels the playing field with our largest trading partners,” said Michael Dykes, president and CEO of the International Dairy Foods Association.

In a hard-fought win, Canada agreed to scrap Class 7, a subsidy program that floods the international market with skim milk powder and depresses prices for U.S. exports.

“Passing USMCA would be boon to America’s dairy farmers,” said Jim Mulhern, president and CEO of the National Milk Producers Federation. “USMCA will expand trade opportunities with our most valuable partners and secure immediate benefits for our rural communities, adding an estimated $548 million to dairy-farm revenues in its first six years after implementation.”

U.S. wines will also gain new access to Canadian consumers – a top export market for California wineries - under the new USMCA. The agreement requires Canadian provinces to drop some of the markups and distribution barriers to U.S. wines. Under USMCA, each country must treat the distribution of another USMCA country’s spirits, wine, beer, and other alcoholic beverages as it would its own products, according to a Congressional Research Service (CRS) summary of the provisions.

The new 57,000-ton quota for chicken will start six years after implementation. Beyond that, another allowance for an increase of an extra 10 million dozen eggs starts in the first year.

Perdue will meet a gathering of members of the U.S. Poultry and Egg Export Council Wednesday morning and the new USMCA is expected to be discussed. The U.S. sells about $600 million worth of poultry and eggs to Canada a year.