As pollination season starts next month, the Almond Board of California is launching a five-point plan to better protect bee health.

ABC is teaming up with the Pollinator Partnership to integrate its bee health guidelines into the nonprofit’s Bee Friendly certification program. To qualify, farmers must meet a list of criteria in providing healthy bee habitat in their orchards.

ABC Director of Agricultural Affairs Josette Lewis said partnerships like this can help to improve the health of bees “during the other ten months they spend outside of almonds.”

ABC also plans to ramp up communication with farmers, pest control advisors and beekeepers to educate them on best practices as well as the new BeeWhere mapping and notification tool for hives and sprays. ABC is also working with research organizations to advise farmers on planting “bee pastures” and hedgerows to supplement their food sources.

“We're learning more and more about how to help growers avoid pesticide exposure to bees,” said Gordon Wardell, a bee expert who has worked with ABC and other organizations on the issue.

Keep in mind: Director of the Department of Pesticide Regulation Val Dolcini was the CEO of the Pollinator Partnership before coming to CalEPA. He is now leading a DPR effort to further regulate neonicotinoid use to protect bees, which will be made public in June.

Read our full report on BeeWhere at Agri-Pulse.com. 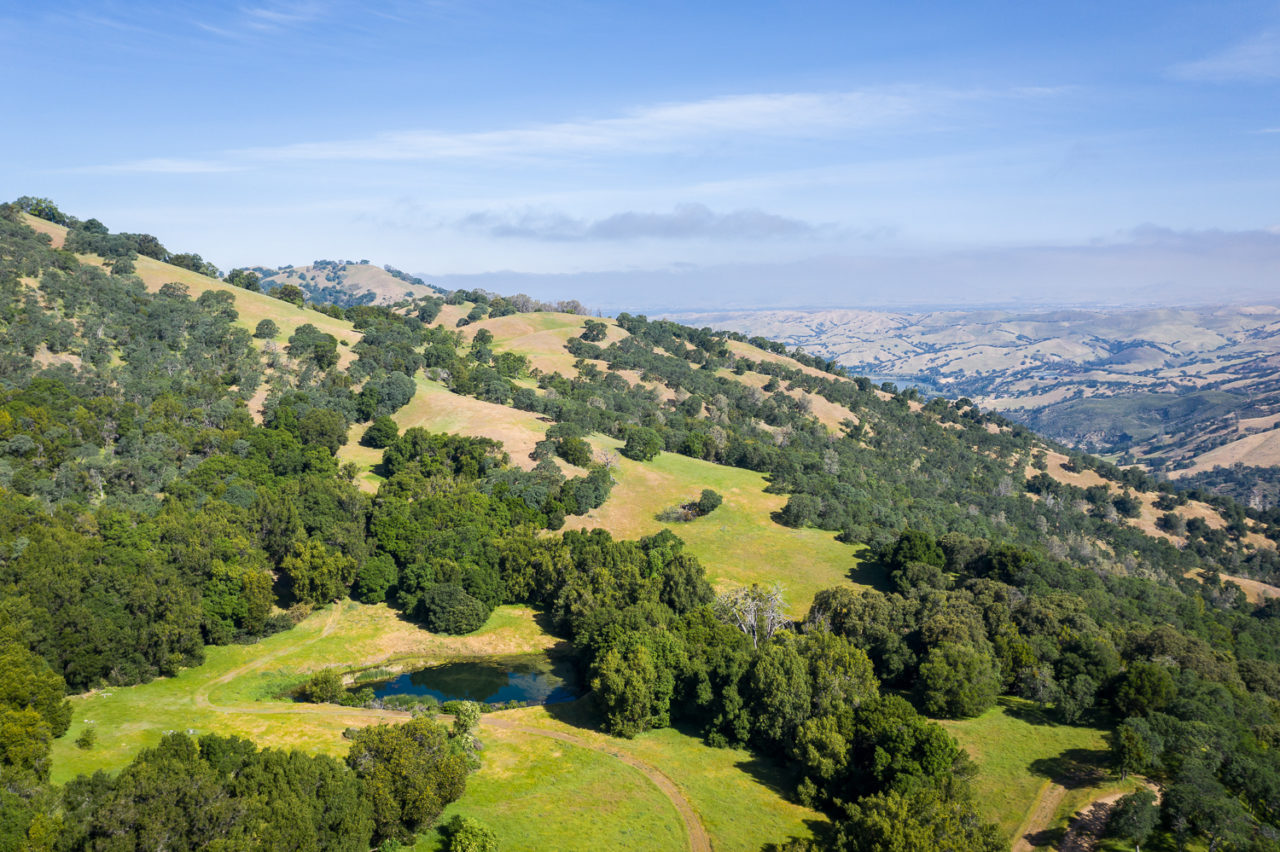 A Bay Area ranch could be the next state park

At a press conference Friday, Gov. Newsom refused to reveal where the site of the next state park would be, since it would drive up the purchasing price. But he did pencil in $20 million in the budget for a new park.

That site is likely to be a 50,000-acre ranch in Livermore known as the N3 Ranch. Several Bay Area lawmakers have been lobbying the governor for $20 million to purchase the land, which is for sale for the first time in 85 years. It would become one of the largest public parks in California if he does.

The Los Angeles Times reports that about 500 head of cattle currently graze at the ranch.

For in-depth analysis on the ag policies proposed in the governor’s budget, read the Agri-Pulse Newsletter hitting inboxes later this morning.

A century later, Central Valley Project will be paid off

The U.S. Bureau of Reclamation released a report yesterday outlining the final costs as they lead up to 2030 for paying off the construction of the Central Valley Project.

California approved the project in 1933 as a state-funded endeavor. But Depression-era funding troubles led the federal government to take over. State and local agencies have been steadily repaying the costs.

San Joaquin Valley farmers and the Westlands Water District, for instance, have had to pay nearly $500 million for dams and canals completed in the 1960s, according to the Water Education Foundation.

President Donald Trump is set today to sign his “phase one” trade deal with China amid growing questions about whether the Chinese will make the promised purchases of U.S. farm commodities.

Larry Kudlow, director of Trump’s National Economic Council, tried to reassure lawmakers Wednesday that China was already stepping up its imports of U.S. farm commodities. Administration officials “believe that some of those (promised purchases) are already starting to show up” and that “we should see good movement in the commodity markets,” Sen. Mike Rounds, R-S.D., said after the meeting.

Senate Finance Committee Chairman Chuck Grassley says it will be easy to tell whether China is making the promised purchases of at least $40 billion a year. And he’s warning the Chinese that his committee will be tracking the sales.

“It’s very quantifiable. Are they buying $40 or $50 billion in agricultural products? If they aren’t they can count on the Senate Finance Committee calling them on it,” said Grassley, R-Iowa.

By the way: The text of the agreement will reportedly be released today.

Brian Kuehl, co-executive director of the advocacy group Farmers for Free Trade, said there is “healthy skepticism” that substantial increases in Chinese purchasing will materialize. “We were told Mexico would make massive ag purchases from the U.S. and that the E.U. would make huge purchases of U.S. ag products. Neither of those promises were fulfilled,” Kuehl said.

Analysts at ClearView Energy Partners are questioning whether the agreement will last. “We question the long-term stability of the deal, particularly in a second Trump Administration (and perhaps before then, if allegations of Chinese ‘cheating’ emerge),” the analysts say.

Take note: Senate Minority Leader Chuck Schumer, who has been leading his party’s messaging during the trade war, criticized Trump for signing the partial agreement. “Not only does this deal fail to make any meaningful progress towards ending China’s most flagrant abuses. What it does achieve on the agricultural side may well be a day late and a dollar short,” said Schumer, D-N.Y.

“Common sense tells me that if China really gets big in carrying out their commitment to buy $40 or $50 billion of all kinds of agriculture products, not just soybeans ... then I don’t think so,” Grassley said. 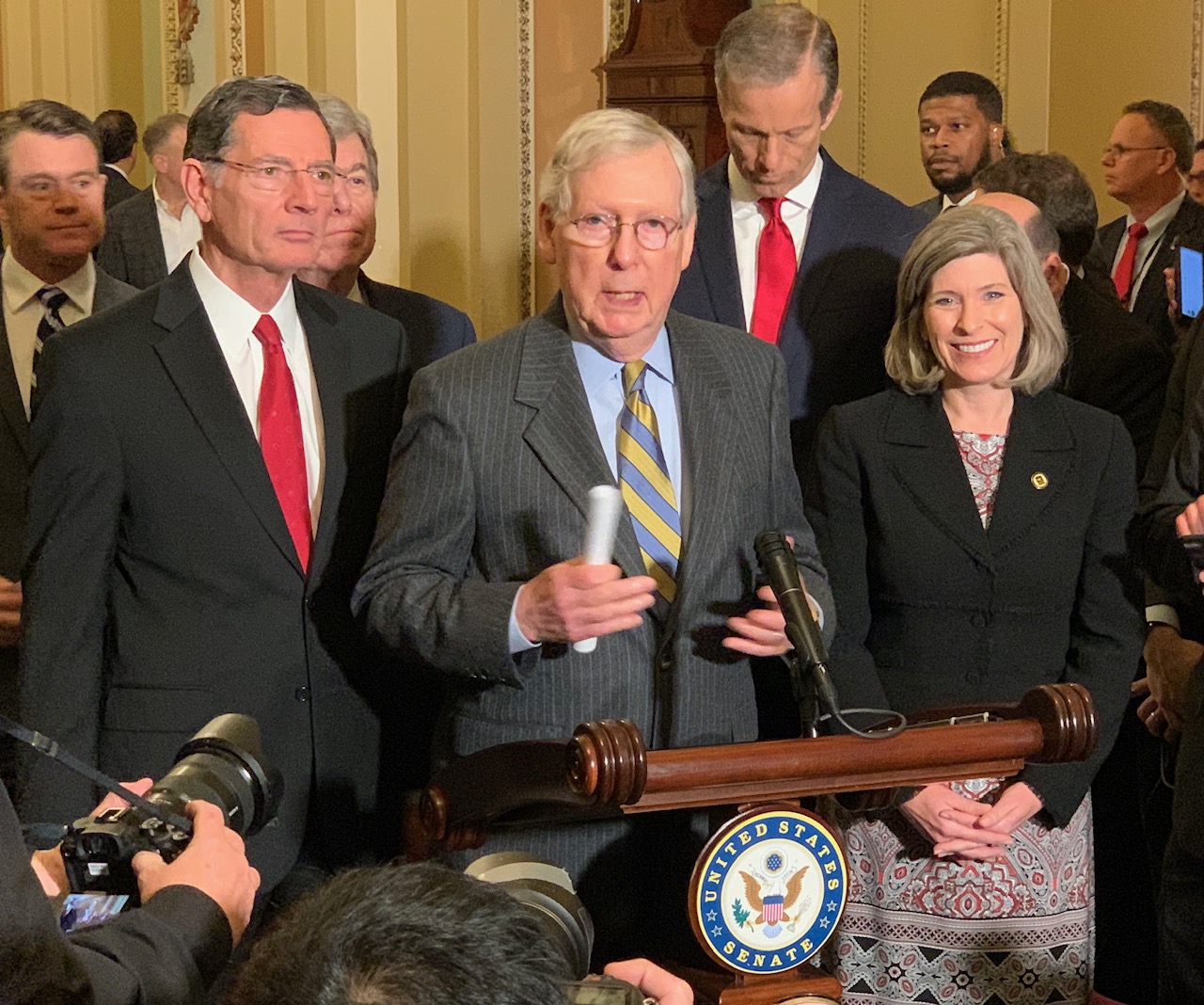 USMCA speeds towards US ratification

Four more Senate committees will take up the implementing bill for the U.S.-Mexico-Canada Agreement today, setting up a final vote of the full Senate by Thursday.

The committee votes were originally scheduled to stretch into Thursday, but they have been expedited, allowing the bill to be on the Senate floor this week ahead of Trump’s impeachment trial.

“We hope the USMCA will be a model for future U.S. trade agreements as the administration pursues a level playing field around the globe for our farmers and ranchers,” said American Farm Bureau Federation President Zippy Duvall.

“As a PCA, as a grower, alternatives are not solutions. Unless definitions change, we have to understand that providing suggested alternatives doesn’t mean they will work in practice.” - Paul Squires, a pest control advisor and member of DPR’s Chlorpyrifos Alternatives Work Group, in a blog post for CropLife.