Over 5 million U.S. households use heating oil as a main source of heat and biodiesel advocates see more opportunities to become an increasing part of that mix with different formulations of bioheat made from environmentally-friendly soybeans and other oilseeds.

The biodiesel industry has attempted to grow the Bioheat fuel market, a blend of biodiesel and ultralow sulfur heating oil, since 2006.

“It hasn’t been easy,” Paul Nazzaro, supply chain adviser to the National Biodiesel Board, said. “We’ve been through years of studies and testing, years of developing and getting an ASTM standard approved, and faced opposition from some of the equipment manufacturers,” he said.

However, Nazzaro feels the product has potential to make headway with the home heating oil industry, especially in the Northeastern part of the country. 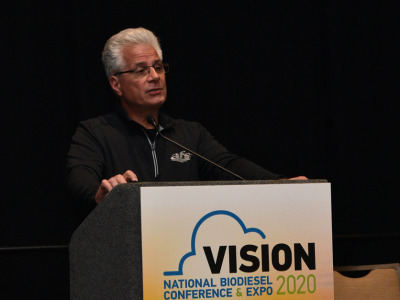 A breakthrough may have come last September, when the New England Fuel Institute (NEFI) adopted a resolution stating the home heating industry would reduce greenhouse gas emissions based on 1990 levels by 15% by 2023, 40% by 2030, and to net zero emissions by 2050. NEFI is made up of about 300 wholesale and retail liquid heating fuel distributors throughout New England.

The home heating oil industry is concentrated in five Northeast states: New York, Massachusetts, Maine, Pennsylvania and Connecticut use 3 billion gallons of heating oil per year between November and March, according to the Energy Information Administration.

Nazzaro said sending biodiesel to those states during the winter months instead of as fuel for trucks will help balance production.

Charles Uglietto of Cubby Oil & Energy in Somerville, Mass., proposed the NEFI resolution. Uglietto likes Bioheat because it gives him an opportunity to market a cleaner fuel.

“It was nice to be able to tell (customers), ‘you’ve made the right choice by sticking with oil heat, which is now Bioheat, because you’re helping the environment,’” Uglietto noted.

But some equipment manufacturers remain skeptical. The Northeast Oilheat Research Alliance (NORA), authorized by Congress in 2000, continues to assure manufacturers the product is safe to use.

NORA President John Huber said they are also working with regulatory bodies such as Underwriters Laboratories who certify the equipment is safe to use. “If you’re installing a furnace or boiler, a code inspector has to certify it’s OK, and if they don’t see a UL mark on it, they say it can’t go in,” Huber said. 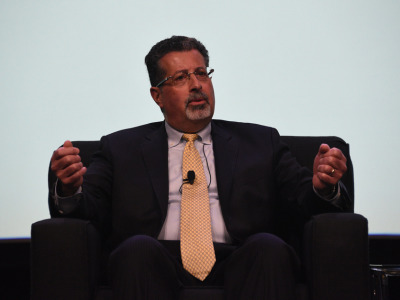 Tristan Brown, an associate professor in energy resource economics at the State University of New York, said policy and technical prospects will depend on biodiesel opportunities. He said on the technical side, blending biodiesel with heating oil is like blending it with diesel.

“You can blend them very quickly and easily,” Brown told Agri-Pulse. “From that perspective, you can easily get up, 5% to 10%, potentially 20% without much difficulty.”

But he said heating oil is currently very cheap because natural gas has brought the price of heating down in general, bringing Bioheat's economic viability into question. Brown said the market isn’t adopting Bioheat without a mandate.

But Brown said New York is the only state with an active mandate.

He noted Connecticut, Rhode Island, and Vermont are inactive because those states require all neighboring states to have active mandates before laws go into effect. Massachusetts implemented its own Bioheat mandate in 2010 but subsequently replaced it with a voluntary program on cost grounds, he said.

While meeting carbon reduction goals with biodiesel seems promising, the biodiesel industry is also aware of groups pushing for “all electric” in cities throughout the Northeast.

In November, residents of Brookline, Mass., voted 207 to 3 to ban oil and gas piping in future construction projects. Over a dozen cities in California have similar ordinances, but this measure goes further because it bans the installation of new oil and gas pipes not just in renovations, but in new buildings. The law will take effect Jan. 1, 2021.

Mark Kresowik, deputy regional director for the Sierra Club, told Agri-Pulse a heat pump is a better choice from a cost perspective because air source heat pumps are readily available and operate at low costs.

Kresowik said in the short term, biodiesel’s product may work in certain places but long-term, he argues electrification is the way to go to improve the environment.

Both electric advocates and biodiesel supporters argue their product is more economical. But Brown said while installation of Bioheat equipment is cheaper because heating oil pipes are already in place, operating costs are higher.

On the other side, he said geothermal or electric pumps are expensive to install in the Northeast but noted if geothermal is available, operating costs are incredibly low.