An appeal of a $3.25 million jury verdict last week for 10 neighbors of a hog farm in North Carolina was punctuated by a surprising speech from a longtime conservative jurist.

Circuit Judge J. Harvie Wilkinson, who has been on the 4th Circuit Court of Appeals in Richmond, Va., since he was chosen by President Ronald Reagan in 1984, said he recognized how hog farming “provides many jobs in eastern Carolina and it’s very important to the economy” in that part of the state. It’s also important to the national food supply, he said.

But then he shifted gears, saying “it’s harmful to the people who live nearby.” Citing the lawsuit and the amicus briefs filed in the case supporting the plaintiffs, he said “it’s got to be environmentally harmful to the waterways. Nobody wants another Flint, Michigan, tragedy down the road.”

Wilkinson wasn’t done, saying the odor from the hog farms “can’t be good for children’s respiratory systems” and that if it were his property being described, “I would be outraged.”

“Our less fortunate fellow citizens, they have property rights, too,” including “a right to good health,” the judge said.

“If these were the houses of the affluent, wouldn’t those conditions have been cleared up sooner rather than later, and that is my problem,” he concluded. 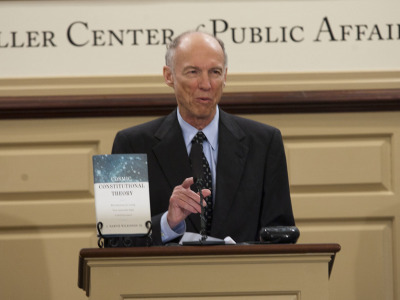 Listening — and trying to get a word in — was attorney Stuart Raphael, representing Murphy-Brown, the company that contracted with William Kinlaw, whose operation was the subject of the lawsuit filed by the neighbors.

The 4th Circuit was hearing arguments in the McKiver case, named for lead plaintiff Joyce McKiver, which was the first to get a hearing in federal appeals court. Four other lower-court verdicts that went against Smithfield wait in the wings. Raphael told the 4th Circuit that “every farm that’s been found to be a nuisance has been shut down.”

Over the past few years, Murphy-Brown and parent company Smithfield Foods have been battling a series of lawsuits against operations of theirs around the state that have resulted in about $550 million in verdicts, later whittled down to less than $100 million because of state caps on punitive damages.

Smithfield has warned that the lawsuits could spur a relocation of its operations. Two years ago, Smithfield President and CEO Ken Sullivan said, “If we keep losing these suits, it is going to be very difficult to continue to do business in North Carolina.”

Following the arguments, Smithfield spokesperson Keira Lombardo said the company was “hopeful that the judges will remedy the errors of the trial court and protect the rights of an independent family farm that has been operating for 25 years without any regulatory violation and without neighbor complaints.”

The North Carolina Pork Council said North Carolina farmers “in all types of agriculture are now looking to the 4th Circuit judges to correct the mistakes” made by U.S. District Judge Earl Britt, who presided in four of the five cases. Farmers need “the certainty and legal guidance that will ensure these attacks on agriculture will come to an end,” NCPC said.

The McKiver case has attracted outside support for both sides. The American Farm Bureau Federation, National Pork Producers Council and Grocery Manufacturers Association, among others, filed amicus briefs backing Smithfield, warning that an adverse ruling could lead to lawsuits against all types of livestock operations.

Supporters of the plaintiffs include Food & Water Watch, the Humane Society of the U.S., and the North Carolina Environmental Justice Network.

Raphael told the judges Murphy-Brown had been blocked by the district judge from presenting “objective odor testimony” from one of its experts. Plaintiffs’ attorney Tillman J. Breckenridge said the issue was adequately covered by another of Murphy-Brown’s witnesses.

Raphael also said the state’s Right to Farm (RTF) law disallows damage awards like the one awarded to neighboring property owners in the McKiver case. The jury initially awarded $50 million, which was reduced to $3.25 million. Instead, plaintiffs should only be able to recover the amount by which their property value was diminished, he argued.

Responding to Wilkinson’s comments about hog farms, Raphael said, “What you just said … is what a legislator would say about why this farming should not be allowed. … Plaintiffs are trying to use the courts to second-guess a legislative judgment and an executive judgment.”

Wilkinson said, “We respect the Right to Farm Act … but the legislature didn’t repeal the common law rights of the citizens of North Carolina.”

Wilkinson and another appellate judge, Steven Agee, said Breckenridge’s clients seemed to have done better on getting their expert witnesses admitted than Murphy-Brown had. Wilkinson said “all the evidentiary rulings went against your opponent [and] some of them they were a little bit questionable.”

Breckenridge disagreed, saying “at least two” of their witnesses had not been admitted, though he could not remember what they were supposed to testify about.

And Agee said he was concerned that “the likelihood of confusion and misleading the jury becomes very high because they are experts.” 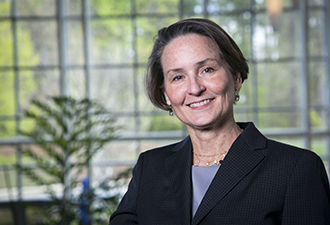 Agee also seemed dismissive of the plaintiffs’ claims about odor. After saying he had worked with hogs in his youth, he said, “They stink, I know that. Anyone who’s been on a farm around hogs knows that.”

“Agee improperly tried to use his own life experience to say he understood the experiences” of the plaintiffs, she said. “Never did he have to spend years of his life with spray fields eight feet from his front door.”

Nowlin also said, “While certainly the plaintiffs were heartened to hear Judge Wilkinson’s empathy, empathy is empathy. It’s not an indicator of how he might rule.”