Many new and emerging industries can face a rollercoaster ride with a lot of ups and downs in the marketplace. Hemp appears to be no exception.

Still, the news that GenCanna, one of the largest processors of CBD oil in the state of Kentucky, recently filed for Chapter 11 bankruptcy, was a “gut punch” says Kentucky Ag Commissioner Ryan Quarles. “For hemp this year, there appear to be some strong headwinds nationally.”

Industry analysts say GenCanna may be the first but likely not the last to file for bankruptcy as key players struggle with a wide variety of issues — not the least of which is oversupply of cannabidiol (CBD). As the firm described in its bankruptcy filing:

“Beginning in the summer of 2019, pricing in the industry plummeted across all CBD product categories. By the end of the year and through today, bulk product prices in nearly all categories have dropped by as much as 80%. This dramatic plunge in pricing also correlated to the large drop in the public capital markets for cannabis companies in both the US and Canada.”

The filing also noted that GenCanna had a multitude of other challenges, including a facilities fire, construction delays at a new harvesting facility, and a new Chief Financial Officer who failed to win the confidence of some investors and made business dealings more difficult.

However, GenCanna President and Executive Chairman Steve Bevan insists the biggest obstacle is not the market. It’s not USDA or the Risk Management Agency, which approved a pilot crop insurance product for hemp within a year. Rather, “It’s the FDA.

“We are in purgatory right now. The FDA does not have a pathway to characterize a product that was considered a drug a few years ago,” Bevan said during the Crop Insurance and Reinsurance Bureau (CIRB) meeting last week.  “The reality of what’s happening is that farmers who are producing in a compliant manner and processors who are working in a compliant manner are being damaged economically because of FDA’s outdated rules.” 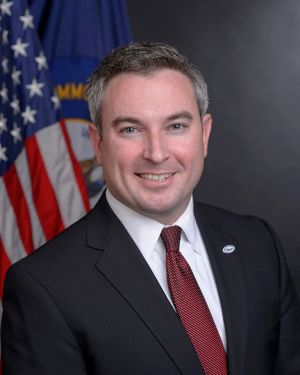 Quarles agrees. “The biggest obstacle holding back the hemp industry in America is the FDA,” he noted.  On Jan. 29, he visited with FDA Deputy Commissioner Frank Yiannas as part of a NASDA leadership meeting in Washington, D.C.

“We are entering year number 7 of legal hemp production in America and a lot of these hemp-derived products such as CBD and other cannabinoids have been on the market for five years now,” Quarles said.  “I've been asking the FDA to be a constructive partner with us to help develop the regulatory framework.

“I understand the FDA needs to balance the need for public protection as they make their decisions. But at the same time, the industry is wanting to comply with federal and state rules and they are anxiously waiting for the FDA to at least give the market an indication of which direction they're going to head with regulation. That’s what’s holding a lot of hemp processors behind.”

Quarles says there are a lot of companies that would like to sell CBD as a food additive, a healthcare supplement and even prescription products. Some companies that are experiencing cash-flow issues right now may have already developed these products, but they're waiting so they can follow the law, he added. “And then there's some hemp companies that are not following the law that are already selling these products — despite the fact that FDA has not approved them.

“So, it really is imperative that the FDA work with the hemp industry to at least start giving us indications on which direction they're going to head.”

The FDA notes on their web site that “any substance that is reasonably expected to become a component of food is a food additive that is subject to premarket approval by FDA, unless the substance is generally recognized as safe (GRAS) among experts qualified by scientific training and experience to evaluate its safety under the conditions of its intended use, or meets one of the other exclusions from the food additive definition in section 201(s) of the Federal Food, Drug, and Cosmetic Act (FFDCA).”

Last fall, FDA warned consumers that it could not conclude CBD is safe for use in human or animal food, and warned companies against violating the law. FDA is "working diligently to consider whether and how legal pathways might be established to allow the safe marketing of certain dietary supplements and/or food products containing CBD," Douglas Throckmorton, deputy director for regulatory programs in FDA's Center for Drug Evaluation and Research, told the House Energy Committee's subcommittee on health last month.

Prior to filing for bankruptcy, GenCanna was in the process of collecting data to obtain GRAS status.

However, that information may not be available for another 3-6 months, according to Bevan. And the lack of a clear pathway from FDA “has put the investment community at a stop.” Even though the company has filed for bankruptcy, Bevan said that until two weeks ago, GenCanna “was up to date on payments to all farmers” and “it is our express intent to make everyone whole.”

Quarles says a lot of these companies simply want to know what research the FDA needs.

“I point-blank asked the FDA a couple of weeks ago what they need to help them with their decision-making process. They said we need more research, more data. I asked: How can we be of assistance to you? What data do you need? And they said they would get back with us.”

The regulatory uncertainty makes planning for 2020 that much more difficult for growers and processors. Quarles says his message for 2020 is the same as it’s been for years: “Proceed with caution. If you grow or process hemp in Kentucky, you are more than welcome to do it, just apply and be aware of the risks involved with an emerging industry. He says every single farmer and processor in Kentucky must attend an orientation and that includes an emphasis on the financial risks involved.

For Kentucky farmer Ron Conyea, who also spoke at CIRB, the sooner FDA can approve regulations for CBD, the better, but he also sees great potential for seed and fiber. He plants hemp as a rotational crop, in between corn and tobacco, starting with transplanting GenCanna’s varieties in the field and selling the finished crop to the firm for processing. Conyea told CIRB participants that he was very thankful that the Risk Management Agency quickly approved AgriLogic’s “bare bones” crop insurance policy for hemp.

“Bankers either want the deed to my farm or they want crop insurance” to cover hemp, he added.

He’s bullish about the potential for hemp, a crop that was grown on about 26,500 acres in Kentucky last year, with thousands more acres in dozens of other states, “so long as farmers put it in perspective as a rotational crop and risk management tool, not a home run.”

Quarles also remains optimistic for the long-term potential of hemp.

“We do know that in other states, there's been hemp processors that have overextended themselves financially, but there are also dozens of companies here in Kentucky that are doing just fine.”

He hopes to see more emphasis on the grain and fiber side of hemp. Kentucky is the third-biggest automobile producing state in the nation and “it’s my vision that one day perhaps some car parts can have hemp fibers in them. We understand a large emphasis in the past two years has been put on cannabinoid production. But we do believe there will be a long-term hemp market in Kentucky just like we had back in the 1800s when Henry Clay grew it.”