COVID-19 shutters ag and food shows in California and abroad

Fears of travel and infection as the COVID-19 virus spreads are forcing the cancelation or postponement of U.S. trade shows and missions, which are common tools used by farm groups or organizations to market U.S. ag commodities and food around the world.

The latest victim in the U.S. The Natural Products Expo West, which was supposed to be held this week in Anaheim, Calif. It’s being postponed until mid-April.

FOODEX Japan, a huge USDA-endorsed trade show in Tokyo has been canceled at the request of the Japanese government.

Keep in mind: President Donald Trump says he isn’t yet considering the restriction of domestic travel to stop the spread of the coronavirus but may restrict flights from South Korea, Japan and Italy. 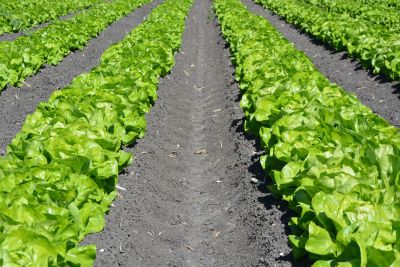 The Central Coast Water Board is proposing a new regulation that farm groups worry may cut back lettuce and berry production to just one season a year. The board released the draft plan, known as Ag Order 4.0, last month with a 45-day comment period.

Yesterday it announced three new workshops for later in March to provide stakeholders an overview of the order and answer questions.

The order sets strict new limits on nitrogen applications, along with requirements for vegetative buffers along fields. Farm groups are scrambling to respond with their own proposals.

Monterey County Farm Bureau Director Norm Groot told Agri-Pulse the order in its current form is “going to dramatically change the pattern of how we grow our crops here.”

Read the full report on Ag Order 4.0 in the Agri-Pulse West Newsletter hitting inboxes this morning.

Cannon Michael of Bowles Farming is a featured speaker at the summit.

Starting at 7 a.m. in Bakersfield, local leaders in water management will talk about the latest endangered species rules, infrastructure needs for the valley and new state water regulations on oil producers.

Speakers will also cover the San Joaquin Valley Blueprint, which is a set of policy recommendations by a broad coalition of water users, local governments and academics.

The Kern County Water Summit lasts until the early afternoon and tickets are still on sale.

Keep in mind: The Water Blueprint coalition commissioned a pivotal study on the impacts of the Sustainable Groundwater Management Act. They released the full report Monday, as we covered in Daybreak.

Read more on that study and the impacts the state never saw coming in today’s Agri-Pulse West Newsletter.

IN OTHER NATIONAL NEWS…

NFU to candidates: Speak to what ails rural America

The National Farmers Union, which wrapped up its annual meeting Tuesday, is calling on presidential candidates to address a series of issues in farm policy, including long-term ways to strengthen the farm safety net.

A list of eight issues NFU wants the candidates to talk about also includes “insufficient antitrust enforcement” and the need for “stabilization of the current agricultural workforce and the future flow” of farm labor. Also on the list: Access to health care and ways to address climate change.

USDA is asking for input on the best ways to estimate how much certain ag conservation practices can sequester carbon.

In today’s Federal Register, the department says it needs advice on updating a 2014 report on estimating greenhouse gas sources and sinks. The methods in that report have been implemented in the online tool COMET-Farm, a joint project of the Natural Resources Conservation Service and Colorado State University.

The notice lists a number of areas in which USDA is seeking specific comments, such as “information on promising technologies and practices for greenhouse gas mitigation and/or quantification which may become viable in the future” and specific changes that could improve the COMET-Farm tool, which is the official greenhouse gas quantification tool of USDA.

Former Vice President Joe Biden kept up his surge on Super Tuesday with strong showings across the South. Rural voters played a significant role there and also helped him in other regions, according to exit polling.

Twenty percent of Tennessee’s Democratic voters were rural and 49% of them favored Biden. The results were similar in Alabama, North Carolina and Virginia.

“My sense was they were definitely paying attention.” – UC Berkeley economic Professor David Sunding, talking with Agri-Pulse about a January meeting in which he shared findings from the Water Blueprint report with Gov. Newsom, his cabinet and a handful of state lawmakers and Congress members.