Editor’s note: The Agri-Pulse Ag and Food Policy Summit originally scheduled for March 23 at the National Press Club in Washington is being postponed to June 22 at the same location. For more on the summit, go to Agri-Pulse.

As of now, our Summit in Sacramento on April 22 is still on.

The Legislature yesterday hosted an annual forum to review the condition of the state’s fisheries. Sen. Mike McGuire of Healdsburg, who organized the event, focused much of the attention on President Trump’s “water grab,” as he described.

Several advocacy groups took the opportunity to testify on the economic impacts the new biological opinions (BiOps) may have on the charter fishing industry in the Bay-Delta. Kate Poole of the Natural Resources Defense Council said the BiOps will “wipe out” the Chinook salmon that spawn near Shasta Dam.

Natural Resources Secretary Wade Crowfoot said the Newsom administration anticipated the new BiOps and has already been working on an alternative plan for the State Water Project for 15 months.

When asked about voluntary agreements for Delta flows, Crowfoot said he hopes to have those signed within the next 4-6 months. McGuire’s response was: “This completely screws up anything that you all are working on.”

Department of Fish and Wildlife Director Chuck Bonham did offer a defense for farmers. “The agriculture community is putting a commitment on the table here about demand reductions,” he said. “That’s significant.”

The bronze statue Schwarzenegger installed outside of the governor's office, known as "bacteria bear" for how many visitors touch it, is now "self-quarantined."

Ag Day cancelled due to coronavirus

Following on the heels of Gov. Newsom’s recommendation to cancel large gatherings of 250 or more people, CDFA has canceled Ag Day, which was scheduled for next week.

The Legislature today still convened several public hearings, despite concerns about confined and poorly ventilated committee rooms. No meetings are scheduled until Monday.

Rep. TJ Cox has also cancelled his roundtable with farmers in Kingsburg on Friday. 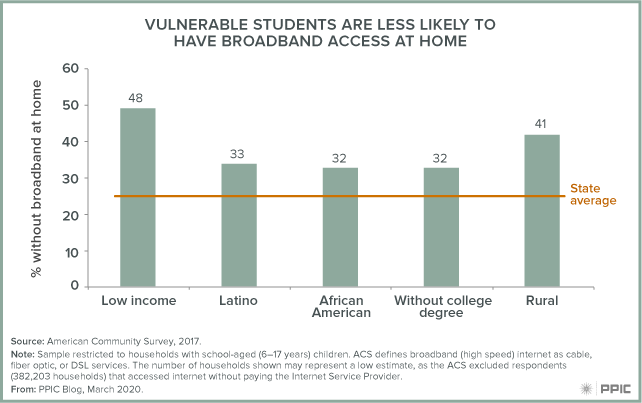 Across the state, public schools and colleges are moving classes online. Yet broadband access presents “a formidable challenge.”

In a blog post yesterday, a research fellow at the Public Policy Institute of California points out that as much as 10% of households with school-age children rely solely on cellphones for internet, while 1.6 million children have no broadband access.

A stimulus package for dealing with the coronavirus outbreak includes a number of provisions to expand nutrition assistance to deal with the impact on low-income Americans. The bill developed by House leaders includes an emergency increase in SNAP benefits as well as $400 million in new aid to food banks, and a nationwide waiver of SNAP work requirements.

The Senate has canceled a recess planned for next week in order to finish work on the package.

Because of the outbreak, Agriculture Secretary Sonny Perdue has canceled a planned trip to London next week where he was going to make a case for lifting trade barriers on U.S. farm commodities.

Perdue had been planning on stopping in London on his way to a meeting of the G20 ag ministers in Saudi Arabia, but that event has been postponed, a USDA spokesperson said. 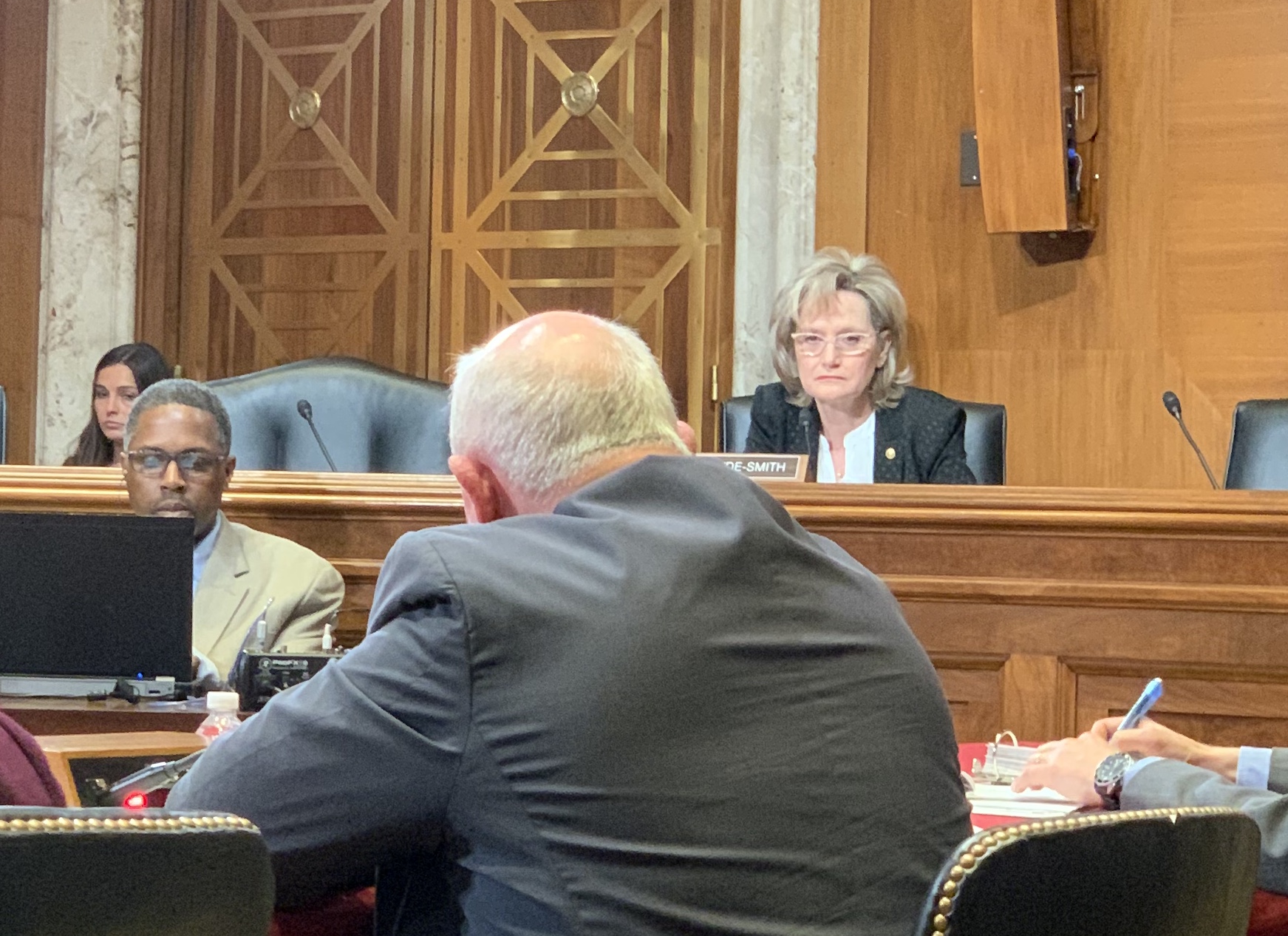 Perdue: Not sure on MFP funding

The chairman of the Senate subcommittee that writes USDA’s budget says he thinks the Trump administration may need to authorize a third year of the Market Facilitation Program. But it’s not clear that USDA has sufficient spending authority to make more MFP payments.

A Mexican agency’s apparent adoption of the European precautionary principle and rejection of the herbicide glyphosate shipped from the U.S. has the pesticide industry concerned that Mexico may not be ready to live up to all of its promises in the U.S.-Mexico-Canada Agreement.

“If Mexico extends the precautionary principle to the establishment of pesticide maximum residue levels, $20 billion in U.S. annual agricultural exports to Mexico will be jeopardized,” the letter says. Mexico does not have its own MRLs, but rather relies on those of exporters like the U.S.

“I worry that if the threat of Corona virus spread is not taken seriously by agriculture - an essential industry with only ~1.3% workforce & an older demographic (1/3 of 3.4 million U.S. farmers are > 65 years), & limited rural health care facilities - we may be in for big trouble.” - Alison Van Eenennaam, a UC Davis professor in animal genomics and biotechnology