San Diego County is one good place to explain why a bevy of California farm groups are begging for a 28% leap in state general fund dollars for the statewide cooperative extension system.

Governor Gavin Newsom had already called for a $3.6 million boost, or 5%, in his budget for the year starting July 1 for University of California Agriculture and Natural Resources (UCANR), which provides the network of county advisors, on-campus researchers and other specialists that make up Cooperative Extension (CE).

But all manner of crop and livestock farmers, big and small, conventional and organic, instead want $20 million added to the annual $72.6 million in general funds allotted the past two years.

“In San Diego County … maybe 10 or 15 years ago, there were 13 extension agents in the field, not counting the specialists on campuses who supported those agents’ work,” said Michael Mellano, who heads a cut flowers growing and marketing operation started by his grandfather. “Today I think there are four.” 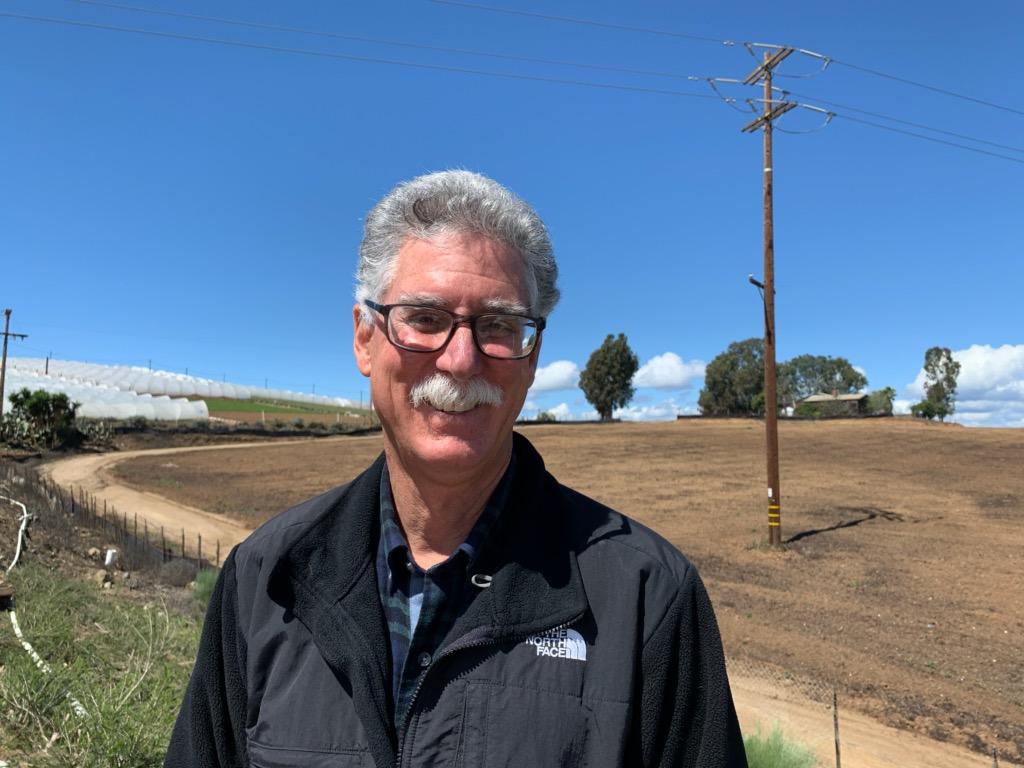 That sort of contraction in expert staff in San Diego County reflects what has happened in California (see chart) and in many other states. Since the Smith-Lever Act over a century ago, the extension system nationally has been a crucial knowledge bridge bringing agricultural research results, farming ideas and advances to the farm level.

But that system’s staff numbers in California have shrunk significantly.

However, the letter advises, “there has been a long-standing decline in funding,” and “since 1990, California has lost more than 55% of its farm advisor and specialist positions … (and) in the last two decades, the state has reduced UCANR’s budget by 57%.”

With climate change and increasing globalization of travel and the farm economy, said Taylor Roschen, CFBF policy advocate, “the pest pressure on ag producers in California is tremendous. We need more help identifying exotic and invasive pests. We need different tools to try to protect our farms and to do pest management techniques while … reducing the community impacts.”

“It’s about resource needs,” she said. “How do we maintain our yields with those dwindling resources? How do we (farm) in line with what California voters and the legislature have deemed appropriate. How do we provide forage habitat for pollinators while also maintaining agricultural production?”

Cooperative extension help is key to all of that, she said. Mellano agreed, saying San Diego County, “especially given its proximity to the Mexican border, has a lot of invasive pests. So a heavy emphasis needs to be on pest control and pest management” in his county, which he said has about 5,000 mostly small, high-value crop producers.

“For sure, the things we need to learn and do and change in our operations … are coming at us faster and faster and faster every day, and there aren’t really any growers who are large enough to develop and implement the changes that need to happen on their own,” Mellano said. So a large group of growers working as CE experts “is really the best way to keep agriculture moving forward … being competitive.” For him, that means competing with cut flower growers in Mexico, Colombia, Equidor, India and Ethiopia.

Mellano said the greatest challenge climate change poses for him “revolves around the weather … and its impact on water resources. Southern California is a water desert reliant on imported water. Even though there are wells … recharging water basins is not predictable,” he said, “and the cost of imported water has gone through the roof.”

To deal with that challenge, Mellano said, university extension experts “help us understand and maximize the use of that resource,” using sophisticated sensor technology, for example, and soil moisture sensors.

Water demands were front and center, too, when Ruth Dahlquist-Willard, a cooperative extension advisor for small farms and specialty crops in Fresno and Tulare counties, took her position in 2016 during a severe extended drought. She is an entomologist but said her full-time job then was helping farmers find or improve their seasonal water sources “because if you don’t have water, you can’t farm."

Under the Sustainable Groundwater Management Act, local water agencies have been developing groundwater management plans. Those within the most critically overdrafted basins are already starting to implement them.

Cooperative Extension experts have played an integral role in preparing for that improved water management.

As in San Diego County, Dahlquist-Willard's Central Valley counties have faced a constant invasion of crop pests to fight. One invader there, the
Bagrada bug from Africa, has been typical of pests that tend to thrive in areas they didn’t before. This stink bug relative feeds on cole crops (cabbage, broccoli, cauliflower) and has increased its presence and crop damage in her counties.

“With warmer winters, there is less of a die-off of insects,” said Dahlquist-Willard. She viewed the Bagrada as “a tropical pest that might have better winter survival as we have warmer winters.”

UCANR Vice President Glenda Humiston said that despite years of shrinking state funds, her division has been able to maintain its staff level in recent years: by philanthropy donations and endowments, fees for service, co-funded positions and adding contracts by hiring grant experts to expand competitive grants. However, much of such funding, she pointed out, has been obligated to specific programs and purposes and couldn’t be used to pay for ongoing payroll.

She said the governor’s proposed 5% general fund increase was much better than the flat $72.6 million for the past two years, but “it doesn’t quite keep us whole,” owing to further various “unfunded obligations around salaries and benefits that are beyond our control.”

When UCANR asked for more state dollars, Humiston said she wanted folks to know the funds were not just to help farmers.

CE has also been protecting towns and housing areas from wildfires, she said. Another major effort, she explained, has been “using grazing as a tool to manage rangelands and to reduce (forest) fuel loads. There’s a huge demand now for more fire advisors,” she said. Further, “our extension advisors have been leaders in organizing communities to create controlled burn associations and … they lead some of the controlled burns, particularly up in northern California,” she said.

UCANR has received less than 2% of what the University of California gets from the state general fund, and Humiston assumed CE has gotten lost from the view of land grant university leadership, who have been “very focused on the campuses and classroom teaching on those campuses,” whereas cooperative extension has taken place mostly out in the counties and on farms.

CFBF’s Roschen called statewide attention to CE. “There are great things that come out of the University of California and the ANR system,” she said, “and farm advisors serve as translators to the farm. That’s their job to be able to help the growers implement the research and findings we’ve had in the academic setting, or to test them through demonstration projects.”

“The difficulty” she said, “is that with every dollar invested in research we need to be asking: are we investing in the translators, the farm advisors? I think what we’re seeing … (is) we are not making that dollar for dollar match.”