American Farmland Trust hired Teresa O’Connor as the new communications and outreach manager for California. O’Connor previously worked as an assistant editor for UCFoodObserver.com, reporting on food and agriculture for the Office of the President at University of California. She has also written for both the California and Idaho Cooperative Extension Services.

Andrew Smith has been confirmed as Sonoma County’s new agriculture commissioner. He succeeds Tony Linegar, who served in the post for the past eight years. Smith will work to manage local rules on vineyard development and hemp.

John Barsa has been tapped by President Donald Trump to be the acting administrator of the U.S. Agency for International Development. Barsa currently serves as the assistant administrator for USAID’s Bureau for Latin America and the Caribbean. He has served in leadership roles at the Department of Homeland Security and in the United States Army Reserves. He replaces former USAID Administrator Mark Green, who announced earlier this week he is leaving the agency and plans to return to the private sector next month.

Mandy Gunasekara is the new chief of staff to EPA Administrator Andrew Wheeler. Most recently, Gunasekara founded the Energy 45 Fund; before that she served as EPA’s principal deputy assistant administrator for the Office of Air and Radiation. 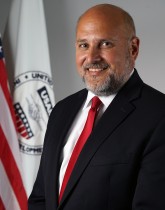 Secretary of Agriculture Sonny Perdue swore in Devon Westhill to serve as the deputy assistant secretary for Civil Rights. Before his appointment, Westhill served as the deputy director of the Office of Public Liaison at the Department of Labor.

Sarah Campbell has been selected to lead the newly created national coordinator position in USDA focused on serving beginning farmers and ranchers. In her new role, she will work closely with the state coordinators to develop goals and create plans to increase beginning farmer participation and access to programs. She most recently served as acting director of customer experience for the Farm Production and Conservation Business Center. 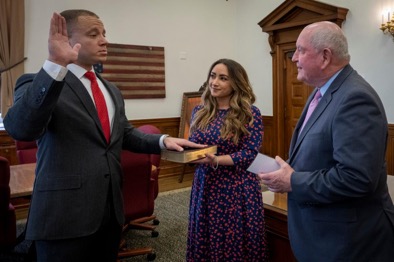 Devon Westhill being sworn in by Sec. Sonny Perdue

Josh Stull has been appointed to vice president of policy and analysis for the Supporters of Agricultural Research Foundation (SoAR). Stull brings 17 years of experience in food and ag policy, most recently serving as a congressional and stakeholder affairs officer for the National Institute of Food and Agriculture. Stull’s experience also includes serving as director of government affairs at the National Fisheries Institute. SoAR also appointed Barbara Schaal, dean of the faculty of arts and sciences at the Washington University in St. Louis, and Douglas Gollin, professor of development economics at the University of Oxford, to its board of directors.

Dana Gunders has been named the executive director of ReFED, a nonprofit aiming to reduce food waste. Gunders’ experience includes being a senior scientist for food and agriculture at the Natural Resources Defense Council for eight years. She also was a principal at Next Course LLC.

Chonya Davis has started a new position with Bread for the World as the new senior domestic policy adviser. She previously worked for Rep. Joyce Beatty, D-Ohio., as a senior legislative assistant covering the portfolio for agriculture and food, energy, labor, public lands and natural resources, international affairs and environmental protection. 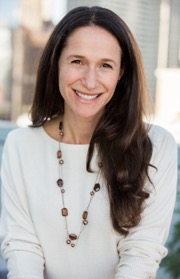 Emily Duncan has been tapped as the next chairwoman of the board for the Business Council for Sustainable Energy. Duncan is the director of federal government relations at National Grid.

United Fresh has announced its new slate of officers and directors nominated to sit on the board of directors, effective March 19. The new chairman of the board is Michael Muzyk, president of Baldor Specialty Foods Inc., in the Bronx, N.Y. Nominated as chair-elect is Danny Dumas, senior vice president N.A. sales and product management for Del Monte Fresh Produce N.A. Inc. Nominated to secretary-treasurer is Michael Castagnetto, president of Robinson Fresh. Current chairman Greg Corrigan, CEO of United Vegetable Growers Cooperative, will move to the position of immediate past chair and remain on the board and the executive committee. The following industry leaders have been nominated to serve as new members of the United Fresh board for a two-year term: Melissa Melshenker Ackerman, president of Produce Alliance; José Antonio Gómez Bazán, managing director of Camposol International; Lisa McNeece, vice president of food service and industrial sales for Grimmway Enterprises Inc.; James Rogers, founder and CEO of Apeel Sciences; Natalie Shuman, director of trade and retail marketing for Apeel Sciences; and Mary Thompson, CEO of Bonduelle Fresh Americas.

Whitney MacMillan, leader of Cargill and last member of the founding family, died March 11 of natural causes. He was 90. MacMillan worked 44 years with the company, 20 of which were spent as the CEO. He expanded the company from 31 to 53 countries, and was a true believer in the idea of moving food from places of abundance to places of scarcity. Cargill entered the canola, cocoa, cotton, malt and fertilizer markets and started processing beef and pork under MacMillan’s leadership. He was chairman of the board and CEO of the company from 1976 until his retirement in 1995.