Michael Lairmore is dean of the UC Davis School of Veterinary Medicine. The new coronavirus, which causes the disease COVID-19, is a type of virus that jumps from animals to humans. Through the UC Davis One Health Institute, the School of Veterinary Medicine is one of the foremost institutions working to identify and prevent the transmission and spread of these types of viruses. The school's statewide mission includes 28 research and clinical programs, including clinical referral services; diagnostic testing services; continuing education; extension; and community outreach.As president of a related trade association, Lairmore was recently on Capitol Hill speaking with California Sen. Kamala Harris and other lawmakers on the importance of agricultural research funding.

The school plays a key role in California agriculture by performing research and extension work in animal health and welfare, while also training the next veterinarians. Its researchers have also worked with CDFA on issues like the recent outbreak of virulent Newcastle disease in Southern California.

Lairmore was studying animal viruses in graduate school at the time the AIDS virus was discovered and later worked at the Centers for Disease Control, among many other roles since.

Lairmore spoke with Agri-Pulse on the bills he’s watching, on informing the science behind Sacramento policies and on the need for veterinarians in natural disasters.

The conversation has been edited for clarity and brevity.

1.What was the goal of your trip to Washington?

This year I'm president of the Association of American Veterinary Medical Colleges. Every year in March at our annual meeting, similar to other ag-focused associations, we take advantage of the fact that we're all in Washington and we make appointments with our members of Congress to describe to them the importance of key issues on our agenda.

This year, we talked a lot about support for animal health and disease research through Section 1433, the formula funds. It's federal legislation that supports essential research on diseases affecting food producing animals. That research is critical to our faculty, to approach things related to food security and stewardship. We're lobbying to support that through the USDA. These are mostly USDA funds.

We also were there to remind them of the importance of agricultural research from a jointly supported bill, House Resolution 4714 and Senate Bill 2458. This is to restore and really support the broader issue of agricultural research funding through the Agricultural Research Service as well as NIFA. This was an effort to really support an approach from a leadership position to ask for continuing funding and inflationary adjustments to the budgets of those agencies.

Finally, we were there to support a new joint bill from the House and Senate on a One Health approach to help the federal government coordinate responses to the crises we're facing right now, with the coronavirus as a good example. We are drawn into that animals-people-environmental triad in things like coronavirus, but also with animal health issues, on a constant basis. We need coordination of that.

This bill was designed around advancing the emergency preparedness around using this One Health approach. That's co-sponsored by Senator Tina Smith from Minnesota, and Rep. Kurt Schrader on the House side.

While I was there, obviously, we have a particular interest in California with our UC Agricultural and Natural Resources colleagues, because we're part of that system. They were there the day earlier and talking about their priorities for requests. And many of those requests are overlapping, with support for those bills, for example. We often compliment what our colleagues are doing.

2.From your perspective, how has ag research funding been changing?

If you trace back efforts in terms of our advocacy at the federal level, we do have programs in Veterinary Medicine that we would not have, had we not really pushed for it.

For example, loan repayment programs for veterinarians that are going to go into rural areas in the United States. That's a program that's been around for about eight years, but we lobbied for that and were able to get that eventually appropriated. It's not enough money, but it does help. These are loan incentive programs for those that go into public practice or in areas of need in the country.

There also is a service grants program we've lobbied for that did get appropriations to help the universities that are supporting agriculture research.

We are seeing some success. We would always like to see more. In terms of the percentage of the federal budget, we feel agricultural research is underfunded in general. 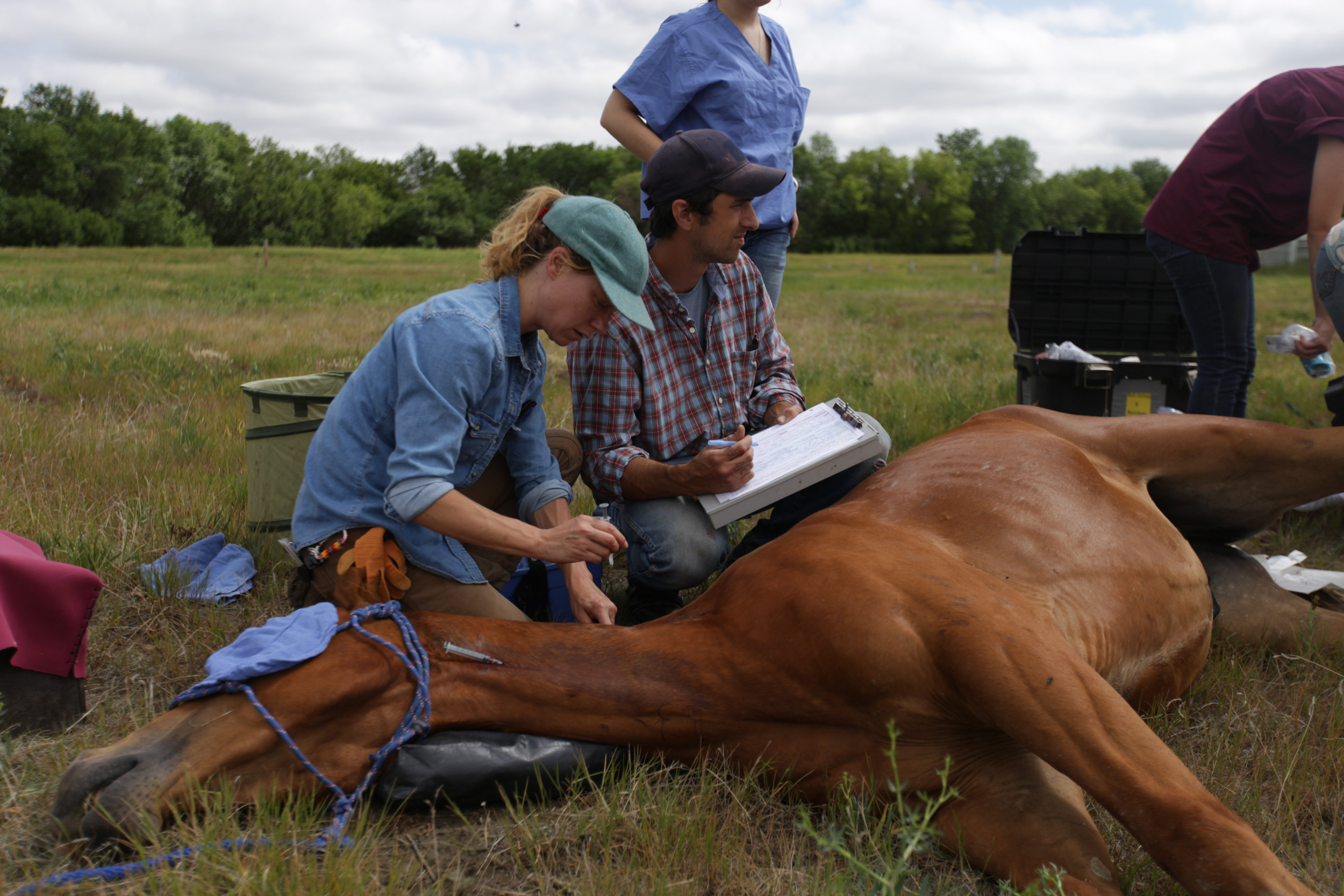 3.Can you describe your engagement with policymakers in Sacramento?

We are often asked to comment as experts in areas where expertise influences policy. Right now, there are some issues going on with how we respond to the coordination of statewide emergencies in California.

We've been asked to provide expertise to Senator Steven Glazer (D-Orinda) on a spot bill, SB 1239. This is a proposal to model how we handle animals in disasters. We have a model for that in the Oiled Wildlife Care Network, which is modeled after what happens during an oil spill into the environment. That network is funded through a tax on the petroleum industry. That's a model for how we handle oil spills in California. And we do the training for that.

This bill by Senator Glazer is to establish, through the Office of Emergency Service, a coordinated effort of state agencies around how we handle the evacuation and care of household and domestic animals and livestock in emergencies.

That's very disruptive – like during the fires – of what happens to the animals in that situation, which regularly impacts the people as well.

4.Vet Med was again ranked top in the nation this month. Can you explain the importance of that ranking?

Of course, we're very happy to be ranked number one in the world by QS World Rankings, which is one of the more recognized international rankings. We also received the U.S. News and World Report ranking in the United States as number one about eight months ago.

It's recognition of the importance of the school for protecting the health of animals but also the fact that we're leaders in the discovery of new knowledge. It's recognized around the world that we have a global impact.

A good example of that is the type of work we're doing around the world with infectious disease surveillance. It's very topical right now. The USAID Predict Project was in 34 countries and isolated things like the origins of the coronavirus in bats in China.

5.What will the next generation of students in veterinary medicine look like?

We're very blessed to have a deep and rich pool of applicants for our school. People want to come here to learn because of our reputation and the quality of the education.

About 80% of our class is from California, which is great, because we have a need.

This generation of veterinarians has a real understanding of making a difference. They often come to us motivated by the array of career opportunities. They may be interested in food and agriculture, in small animal practice or a variety of other career pathways, like wildlife, zoo medicine or protecting public health.