Daybreak March 26: Will Phase 3 be enough?

Will Phase 3 be enough?

The $2 trillion Phase 3 stimulus package that passed the Senate late Wednesday night has a lot for ag, but not everyone thinks the sector is getting what will be needed for 2020. Starting with USDA.

The department had asked Congress for $50 billion in spending authority under the Commodity Credit Corp. to cover all the impacts of the COVID-19 pandemic as well as provide a possible new round of Market Facilitation Program payments.

What the department will get in the bill is $14 billion to replenish the CCC, plus an additional $9.5 billion to cover pandemic impacts to specific sectors – livestock, specialty crops and local food systems. It’s believed that USDA has about $8 billion left in its CCC account. The 2019 MFP payments totaled about $14.3 billion.

Keep in mind: If exports don’t pick up appreciably, there could be pressure on Congress to provide more CCC authority. And there are likely to be other demands for additional rural spending as well.

“In the coming weeks, we will learn more about the additional needs of our rural health care system, farmers, and rural communities, and we urge Congress to be ready to address them,” said Rob Larew, president of the National Farmers Union.

Some other highlights of the massive Phase 3 package:

What’s next: Lawmakers are expected to exit D.C. for an extended period after the House passes this bill. Phase 4 will come later. It could include renewable energy incentives and infrastructure spending.

Read our coverage of the Phase 3 bill here. Download the bill here.

Senate Finance Committee Chairman Chuck Grassley and others fired off a letter to Trump on Wednesday, pleading for the suspension of “any measures - pending or new - that would create uncertainty or undue difficulty for American workers, families, farmers, ranchers, and businesses, and asking our global trading partners to do the same.

“To that end, we urge you to consider a total moratorium on new tariffs or tariff increases for the time being. Because of the economic strain due to COVID-19, our businesses and consumers will have less flexibility to adapt to tariffs.”

The USDA announced Wednesday export sales of 138,000 metric tons of U.S. corn for delivery in the 2019-20 marketing year, but did not disclose the buying country. The sale was listed for “unknown destinations,” but U.S. trading and industry sources say they are fairly certain the grain will be going to China, which is trying to fulfill its yearly tariff rate quota of 7.2 million metric tons.

The U.S. corn purchases, together with the corn that Chinese buyers have bought lately in South Africa, Ukraine and elsewhere, mean China has likely filled about 5 million metric tons of the TRQ, sources say.

Will FDA warnings on CBD products be enough to clear the confusion?
Daybreak March 30: Biden infrastructure will be paid for
Carbon markets lure farmers, but will benefits be enough to hook them?

Concerned that state and local travel restrictions could disrupt “essential services” such as inspecting meat and grain or delivering commodities, USDA is asking employees and contractors to carry a new federal directive and ID.

USDA has heard anecdotal reports of travel restrictions interfering with the delivery of commodities purchased by the Agricultural Marketing Service. No major interruptions have occurred, sources tell Agri-Pulse.

“This information is being furnished to (AMS) contractors to assist them in continuing to perform the essential government function of food production and delivery on behalf of (AMS) when law enforcement professionals seek to enforce otherwise applicable city or state shelter-in-place orders,” says USDA. 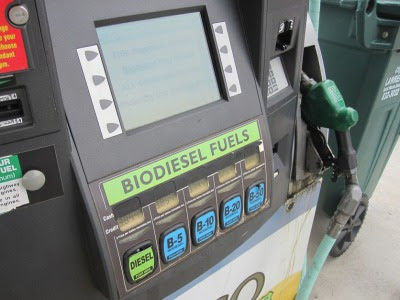 Biodiesel tax credit refunds are on the way

Even though Congress resurrected the $1-per-gallon biodiesel tax credit late last year, some biodiesel plants are still strapped for cash. But help will soon be on the way.

“We have some producers who are probably not operating right now because they cannot afford to buy feedstocks to produce because they just don’t have the cash,” National Biodiesel Board’s Kurt Kovarik tells Agri-Pulse.

But the tax credit was made retroactive to 2018 and 2019 and checks will be going out to biodiesel producers, he said. Kovarik said some facilities burned through their working capital when they didn’t get the credit during those two years.

Keep in mind: Data from USDA’s 2018 report found residues of 33 different pesticides on 756 raisins, but virtually all were under EPA tolerances set for individual pesticides. Twenty-six pesticides were detected on 189 strawberries, but all were lower than EPA tolerances.

CropLife America and EWG both say the benefits of a diet with plenty of fruits and vegetables outweigh the risk of pesticide exposure. But while EWG says consumers should still use its guide when making choices, CLA says “federal regulators monitor our food for pesticide residues, ensuring produce and other foods are safe to eat.”

He said it. “We believe this is a good first step towards addressing the needs of the agricultural economy, but more funding authority will likely be needed once there is a better assessment of the full impacts of the current crisis.” – Kent Fountain, a cotton ginner who chairs the National Cotton Council.