Farmers could be getting to $15.5 billion in aid to offset the impact of the COVID-19 crisis. That total includes the $9.5 billion in aid earmarked in the Phase 3 economic stimulus bill, plus an additional $6 billion that USDA has remaining in its Commodity Credit Corp. account, according to Agriculture Secretary Sonny Perdue.

An additional $14 billion the stimulus bill provided for replenishing the CCC account can’t be distributed until at least July, according to a statement that USDA provided to Agri-Pulse.

“We’re in the process right now of collecting proposals and ideas from every sector affected so we can be ... balanced and fair in the allocation of the $9.5 billion, as well as what we have currently in CCC, which is approximately $6 billion,” Perdue told reporters Wednesday.

The $14 billion “replenishment will not come until later, so we are limited right now on the CCC to what our cash flow is, which is about $6 billion,” he added.

Take note: House Agriculture Chairman Collin Peterson, who talked to Perdue on Sunday, says there should be an announcement in the next week or two about the payments. “They’re trying to do this relatively quick,” Peterson told constituents in a telephone town hall Wednesday.

Keep in mind: The stimulus bill requires the $9.5 billion to be spent on livestock producers, specialty crop growers and local ag systems. Perdue has more leeway with the CCC account. 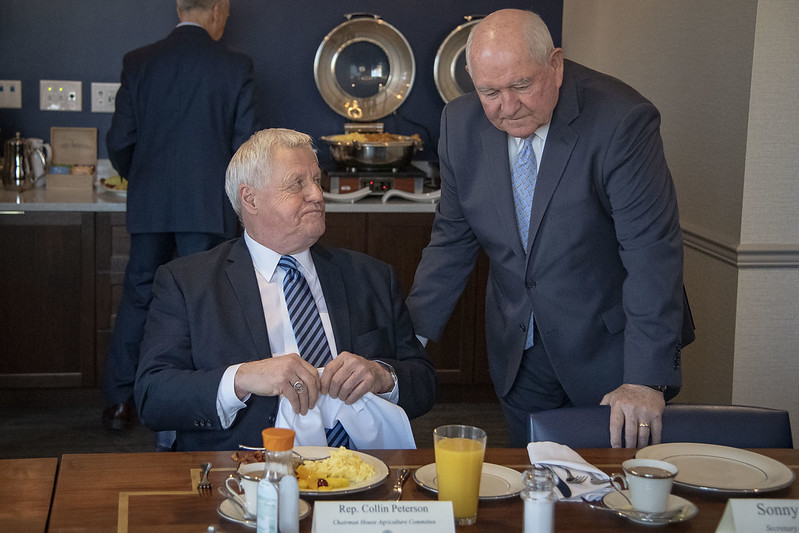 USDA has posted answers to questions about the hugely popular $349 billion forgivable loan program being run by the Small Business Administration.

There have been continued reports of farmers being denied access to the Paycheck Protection Program. But USDA’s FAQ makes clear that farmers can apply: “Agricultural producers, farmers, and ranchers with 500 or fewer employees whose principal place of residence is in the United States are eligible.”

A USDA investigation launched last year after a fire at a Kansas beef plant has been expanded to include pricing practices during the COVID-19 market disruptions. And a prominent GOP senator wants to get the Justice Department involved as well.

USDA will inspect the recent growing spread between boxed beef prices and live cattle prices that occurred following market reaction to the coronavirus outbreak. The investigation will be folded into an ongoing probe into the August Holcomb, Kansas, beef plant fire, which has already lasted months longer than was originally forecast.

The decision comes after multiple calls from Capitol Hill and the beef industry, the latest of which came from the National Cattlemen’s Beef Association in a letter Wednesday.

“The widening gap between cattle producer and packer profit margins raises serious concerns about potential instances of price manipulation and other unfair practices within the beef industry, especially considering that four meat packing companies control more than 80 percent of the beef supply in the United States,” Thune writes.

The health department has been considering whether to shut down the plant, which has about 6,000 employees. UFCW said it has confirmed 28 cases of coronavirus among workers.

Daybreak April 28: Congress eyes more money for farm aid
Farm subsidies to leap on $9.8 billion in trade aid
Daybreak April 20: COVID-19 aid is on its way – maybe in May

Elsewhere: JBS has temporarily shut down a Souderton, Pa., plant until April 16 because of management team members “who are not at work after displaying flu-like symptoms,” Bruett said. 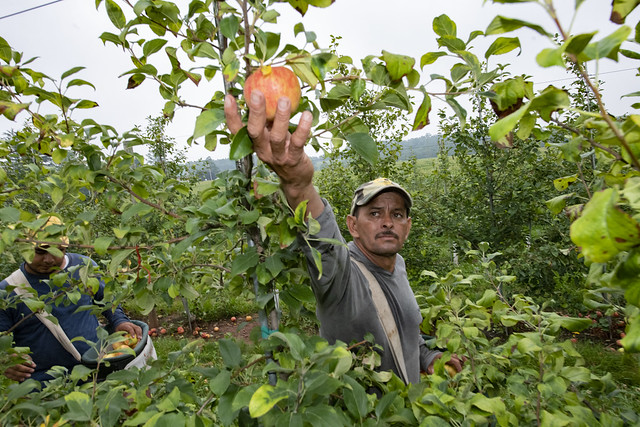 In a letter, the senators ask the departments of Labor and Homeland Security to allow farms to share available H-2A workers and to increase the length of time the workers can stay in the country. The senators also say H-2A workers should be allowed to extend their contracts if they are affected by COVID-19 travel restrictions.

Current Commercial Driver’s License holders who have not been able to complete a required federal threat assessment will still be able to transport hazardous materials under an exemption granted by the Transportation Security Administration Wednesday.

TSA will allow states to extend the hazmat endorsements (HMEs) for current CDL holders until July 31. The agency said it will use previously submitted data to continue to vet drivers.

Keep in mind: Richard Gupton of the Agricultural Retailers Association says the TSA action doesn’t help new drivers or seasonal drivers obtain CDL endorsements. ARA has been told the Federal Motor Carrier Safety Administration “is working to address the new driver issue but we do not have any firm timeline on when anything will be issued,” he said.

“We are seeing patients already coming in from the rural communities and rural counties ... to our hospital systems here due to the lack of beds,” Erie County, N.Y., Executive Mark Poloncarz told reporters Wednesday. His county includes the city of Buffalo.

By the way: Sen. Amy Klobuchar D- Minn., sent a letter asking U.S. Citizenship and Immigration Services to resume processing applications for the Conrad 30 program, which allows foreign medical school graduates who have been trained in the U.S. to stay for three years if they serve underserved areas.

USCIS is only processing applications now that don’t require face-to-face interviews. But the agency says Conrad 30 petitioners can still appeal for expedited processing.

Brazil will reinforce its position as the largest soybean producing country in the world this year as farmers are expected to plant even more acres than they did in 2019, according to an analysis from USDA’s Foreign Agricultural Service.

“The Brazilian market anticipates that China, the key importer of soybeans, may actually be a bright spot for purchases as its livestock sector works to rebuild hog and sow herds decimated by the African swine fever epidemic in 2019,” FAS says.

He said it. “We’ve been rising to the occasion and trying to get ahead of this, but I’m telling you, when you’ve got $2.85 corn and soybeans below $8 and all of those commodities in agriculture are losing money, it’s a tough situation.” - House Ag Chairman Collin Peterson, D-Minn.