An investigation of beef pricing practices in the aftermath of a Kansas slaughterhouse fire could be finished by the end of the year, a top USDA official says.

Greg Ibach, USDA’s undersecretary for marketing and regulatory programs, told Agri-Pulse the inquiry, launched Aug. 28 after the fire at the Tyson Foods plant in Holcomb, Kan., sent cattle prices reeling, was expected to take two or three months. But he said no hard deadline was imposed on the investigators.

“I don’t think there’s a time constraint on us,” Ibach said. “We want to work expeditiously, but thoroughly.”

The fire took about 6% of the nation’s fed slaughter capacity off line and raised questions about the industry’s slaughter capacity. Tyson quickly announced plans to rebuild the facility and pay workers in the interim. According to Tyson, the plant is expected to resume normal operations by the beginning of 2020.

USDA is looking for any evidence of price manipulation in the fire’s aftermath. Ibach, a former Nebraska rancher, said USDA’s investigation focuses on three possible violations of the Packers and Stockyards Act: failure to pay for livestock, unfair or unjustly discriminatory or deceptive practices, and price manipulation. Significant violations could be referred to the Justice Department.

“I think price manipulation could take on several forms,” he said. “We’ll see whether or not there is reason to believe that the market didn’t react the way it should have, and that’s how economists will help us evaluate some of that data.”

“The decline in fed cattle prices wasn’t radically out of line with what the economics imply would happen,” he said. “The market is steadily working back to normalcy. A lot of the extremes we saw in the first two weeks after the fire have started to subside.”

What caught the attention of Close and others were spreading margins between packers and producers. He said the jump in beef cutout values “was actually way, way more out of line than was the decline of fed cattle prices.” 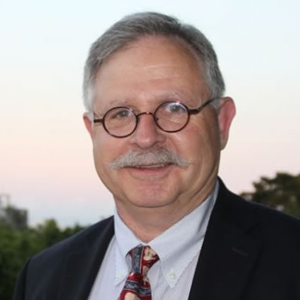 “The real agitation with producers throughout this whole time window has been how is it just that packers are making up to $400 a head, while cattle feeders are losing approximately $200 a head?” Close said.

Producers across the ideological spectrum have supported USDA’s investigation. When it was first announced, National Cattlemen’s Beef Association President Jennifer Houston said the investigation “demonstrates the government’s understanding of the extreme strain” the fire placed on the cattle industry. She encouraged USDA to “to look at all aspects of the beef supply chain and to utilize internal and external expertise in this investigation.

“We believe it adds transparency that will help build confidence in the markets among cattlemen and women,” she added.

Brooke Miller, the vice president of the U.S. Cattlemen’s Association, went a little further, saying the fire was “really the canary in the coal mine that revealed a greater set of problems” facing the industry.

“This investigation will reveal strengths, weaknesses and opportunities to improve competition and true price discovery as it links to the marketing and purchasing fat cattle,” he said. “We ought not squander this opportunity.”

Ibach said the industry has been cooperative. The industry is required by mandatory price reporting law to hand over certain data to USDA

He declined to get into specifics about the investigative practices USDA would use to differentiate between collusion and two separate facilities simply offering a similar price for beef and two companies colluding to keep prices to their advantage.

Ibach said USDA will produce a public report at the end of the investigation with some confidential business information redacted.

“We heard you,” he said when asked of his message to producers frustrated by post-fire price swings. “We’re going to follow the evidence, and that evidence will ultimately dictate the scope and timeline of our investigation.”