Ag districts get focus in battle for Congress

If Republicans have any hope of winning control of the U.S. House this fall, they’ll have to start by winning a series of major agricultural districts Democrats won in 2018.

Of the top 100 House districts in terms of farm production, seven are rated as toss-ups by the Cook Political Report. Six of the seven are held by Democrats, including House Agriculture Committee Chairman Collin Peterson's 7th District seat in Minnesota. The influential chairmanship is held in high regard - a title he could retain unless the House flips back to Republican.

The lone Republican tossup seat belongs to Rep. Rodney Davis, whose 13th District in central Illinois includes the university towns of Champaign and Urbana as well as swath of one of the nation’s most productive corn and soybean-growing regions.

Three of the tossup ag seats are next door in Iowa, including seats that first-term Reps. Cindy Axne and Abby Finkenauer won in 2018 by ousting GOP incumbents. The third Iowa seat is being vacated by Democratic Rep. Dave Loebsack.

The two other tossup seats are in California and New Mexico. In California’s 21st District, which ranks fourth nationally in farm revenue according to the latest Agriculture Department census, first-term Rep. TJ Cox faces a rematch with Republican David Valadao, whom Cox ousted in 2018.

In New Mexico’s 2nd District, which covers the southern half of the state, first-term Democratic Rep. Xochitl Torres Small will face the winner of the June 2 GOP primary. The GOP candidates include Claire Chase, an oil industry executive from Roswell whose family are pecan producers.

Democrats currently control the House 232-196, with one independent, former GOP Rep. Justin Amash of Michigan. There are six vacancies, four of which were held by Republicans. Republicans need to pick up 18 seats in November and hold the four vacant seats to get the 218 necessary to win control of the House, making the seven pivotal ag seats top priorities for both parties.

President Donald Trump carried six of those seven seats in 2016. The lone exception was the California district, which Hillary Clinton won with 55% of the vote.

Dennis Goldford, a political science professor at Drake University in Des Moines, Iowa, says that the House races will be a referendum on Trump as well as on how well the first-term Democrats have solidified support in their districts.

Here’s a closer look at the seven races: 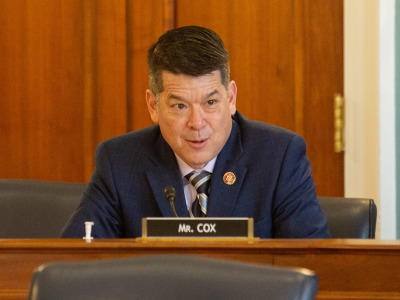 Valadao, who represented the district for three terms, lost his reelection bid to Cox by 862 votes in 2018, and Cox got a seat on the House Agriculture Committee, where he has emphasized the needs of the district’s prodigious specialty crop sector.

But Valadao had $1.1 million in his campaign account as of Feb. 12, compared to Cox's $861,953, and there were media reports last month that Cox owes the state of California about $30,000 in back taxes. He blames a former business partner for the problem.

Still, this is the one major ag district where Trump could be a drag. Trump received less than 40% of the vote in the district in 2016, and Barack Obama defeated Mitt Romney there by 55% to 44% in 2012.

IOWA 1 — Finkenauer, who ousted Republican Rod Blum in 2018, in the district that occupies the northeast portion of Iowa, including the cities of Cedar Rapids, Dubuque and Waterloo, will face the winner of the June 2 GOP primary. The GOP candidates include Ashley Hinson, state House member and former Cedar Rapids TV anchor, and Thomas Hansen, a businessman and organic beef producer.

Finkenauer, like Cindy Axne in the 3rd District, has tried to pay attention to her district’s needs, according to Goldford. Both of them came under heavy pressure from Republicans and farm groups to support the U.S.-Mexico-Canada Agreement, which they ultimately did.

Trump carried all three of the tossup Iowa districts by a similar margin, 49% to 45%. A Des Moines Register poll posted in March indicated likely voters would narrowly favor a generic Republican house candidate in all three districts this time. In the 1st District, voters said they favored a Republican 49% to 46%.

IOWA 2 — Rita Hart, a former teacher who runs a 200-acre farm with her husband, will be the Democratic candidate in the race to succeed Dave Loebsack, who is retiring from Congress after seven terms representing the southeast Iowa district that includes Davenport, Burlington and Iowa City, home of the University of Iowa.

The GOP field for the June primary includes state Sen. Mariannette Miller-Meeks, an ophthalmologist, and Bobby Schilling, a former Illinois congressman. Miller-Meeks ran unsuccessfully against Loebsack in 2008, 2010 and 2014. In the closest race, she lost by 51% to 46% in 2010.

IOWA 3 — Former GOP Rep. David Young is trying to win back the seat that he lost to Axne in 2018. Young won 15 of the district’s 16 counties. The problem for him is that the 16th county is Polk, home to Des Moines and suburbs. Suburban voters there, as well as elsewhere in the country, turned on Republicans in 2018, and Young needs to win some back.

Axne, a member of the House Ag Committee, won’t carry the rural counties in the district that stretches to the state of Missouri on the south and the Missouri River on the west, but she does need to hold down Young’s margins there, said Goldford.

Young said he lost Polk County by only 271 votes in 2016 and needs GOP voters to turn out there in November. “The rural areas are going back our way. People are coming home,” he said. 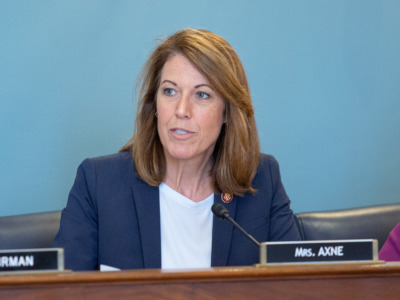 In November, she went to the House floor to prod House Speaker Nancy Pelosi to accelerate consideration of USMCA, citing the benefits to farmers in Iowa. “They are asking for our help as elected representatives,” she said. “We must answer their call and get this deal done right and without unnecessary delay.

In Axne’s district, voters narrowly favor electing a GOP House candidate 43% to 42%, according to the Des Moines Register poll.

ILLINOIS 13 — Republican Rodney Davis faces a rematch with Betsy Dirksen Londrigan, an adviser to nonprofit groups, who lost to him by just over 2,000 votes in 2018.

Davis and Londrigan each had about $1.3 million on hand at the beginning of the year.

Trump carried the district 50% to 44% after Obama and Romney virtually tied in 2012.

Davis "scores really well in all the rural areas of his district but Champaign, Urbana and Springfield are trouble spots for him and will make the race close because they are liberal areas with a lot of votes,” said Leon Corzine, a former president of the National Corn Growers Association who farms in the district. Corzine says that Trump’s support should help Davis win reelection unless the economy fails to recover sufficiently from the COVID-19 crisis, Corzine said.

Londrigan, who argues that health care will be the overarching issue in the race, has used the pandemic to press the need for health care improvements and has called for Trump to reopen enrollment in the Affordable Care Act.

MINNESOTA 7 — Peterson, under pressure from ag groups, is running for a 16th term in a district that has become increasingly Republican. Trump carried by 62% to 31% in 2016 and Mitt Romney won with 54% of the vote in 2012.

Peterson’s opponent in 2016 and 2018, Dave Hughes, is running in the Aug. 11 primary, but Peterson could have a higher profile GOP challenger this time in former Lt. Gov. Michelle Fischbach.

Peterson has long been one of the most moderate members of the Democratic caucus and is well-respected by Aggies from both parties.  But Fischbach — a former state Senate president who had to serve as lieutenant governor when the previous officeholder, Tina Smith, was appointed to the U.S. Senate — is trying to tie him to the national party.

Peterson announced his plans last month to run for reelection, saying that he feared that “rural America is getting left behind” due to the decline in the number of rural Democrats. But Fischbach said the district would reject Peterson “and the socialist policies of open borders, free health care for illegal immigrants, taxpayer-funded abortion, and mandatory gun buyback programs that his preferred presidential candidate supports.”

Peterson’s future is even cloudier in 2022 even if he wins reelection. Minnesota is expected to lose a House seat after the 2020 census, and that is expected to result in consolidation of the state’s rural districts. 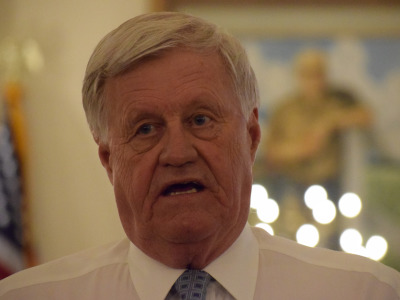 Peterson had $1 million on hand at the beginning of the year compared to $272,118 for another Republican candidate, Noel Collis, and $203,688 for Fischbach.

Ag importance: The chairmanship is held in high regard- a title he could retain unless the House flips back to Republican. The district ranks sixth in U.S. ag sales. $2.3 billion in net cash farm income, 49% of state’s farm revenue. Top commodities: Corn, wheat, soybeans, sugar, hogs, dairy, cattle and turkeys.

NEW MEXICO 2 — Rep. Xochitl Torres Small, who says her district, which occupies the southern half of the state, is its “agricultural engine.” She was named to the House Ag Committee in February after Rep. Jeff Van Drew switched to the Republican Party.

In addition to Chase, the oil industry executive, the GOP candidates in the June primary include former state lawmaker Yvette Herrell and businessman Chris Mathys.